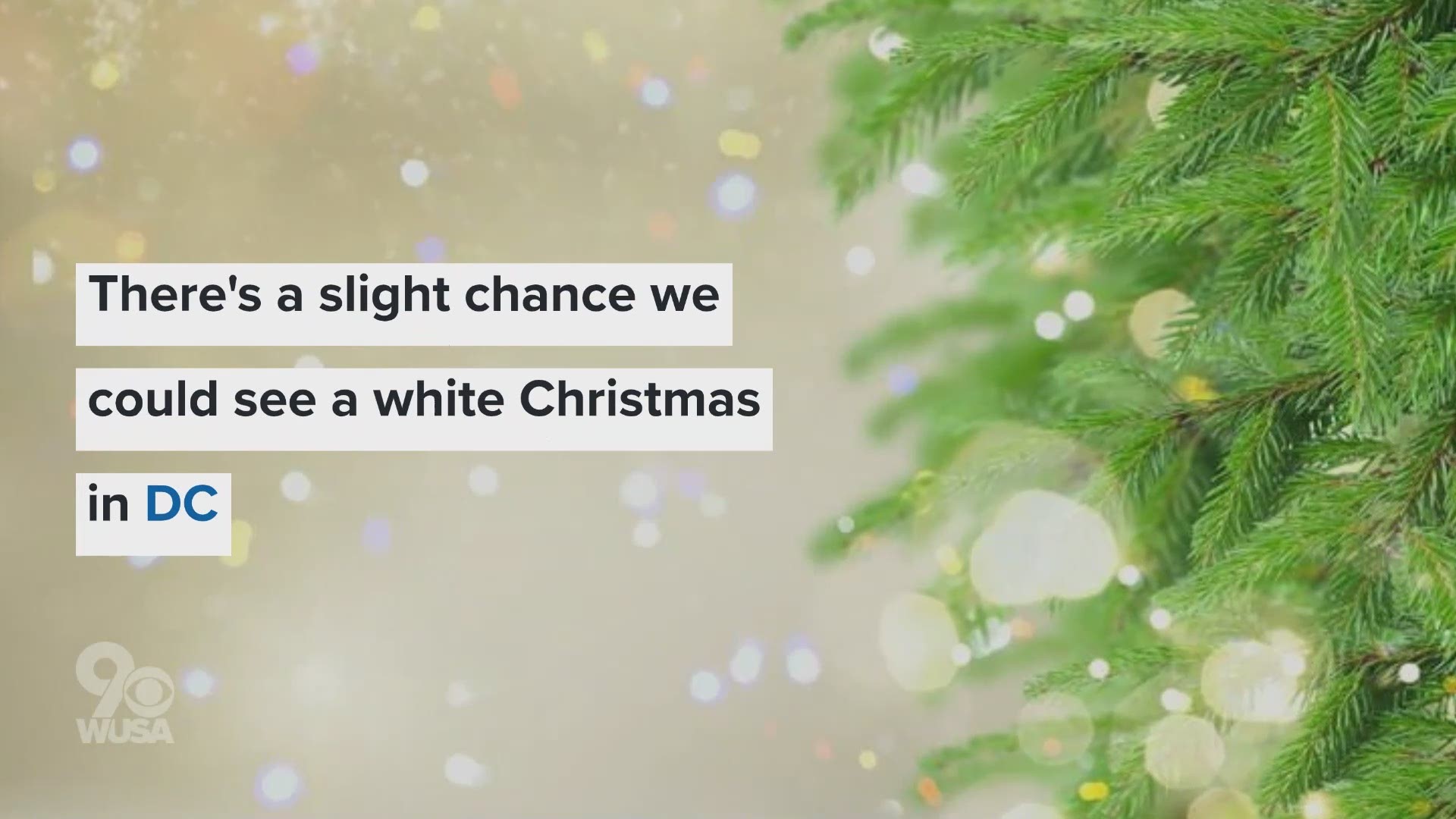 WASHINGTON — Each year around the holidays, the old Bing Crosby song comes to mind: "I'm dreaming of white Christmas."  For the last few years in D.C., Maryland and Virginia we have been dreaming, but the reality is, we haven't seen one in quite some time.

There's a slight chance that our luck could change just a little in 2020 (which we could all use a little of after this crazy year).

WEATHER SETUP:
Christmas Eve will be windy and much warmer, with highs in the 50s and even a few low 60s. There will be rain and maybe even a few thunderstorms. This is all ahead of a strong cold front that will bring a sharp drop in temperatures Thursday night.

As the cold air moves in, it's possible that we could see some rain transition to snow or sleet Christmas Eve night.

An early look at the Christmas Day forecast calls for much colder weather, with highs in the 20s and  30s and a threat for flurries and/or snow showers. This air mass looks like the coldest air of the season.

The European also changes the rain to snow before dawn Christmas Day, but has the snow north & west of D.C.

In both cases, the main precipitation ends early, but flurries and snow showers are likely at times on Christmas Day.

The operational run of the GFS has accumulating snow west of I-95 with most of this falling Thursday night.  We could see several hours of snow before the main precipitation ends overnight, especially along and west of the Blue Ridge.

The operational run of the European model also has a lot less snow Thursday night with the bulk staying in the mountains.

ODDS OF A WHITE CHRISTMAS:
The odds of a white Christmas in D.C. are usually not in our favor. For a true white Christmas, there must be at least 1 inch of snow on the ground. It does not have to snow Christmas Eve or Christmas Day.

Check out the historic odds of a White Christmas across the USA.