Here's how winds will impact the World Series

Depending on the direction, wind can either help carry a ball further or hinder it from traveling as far 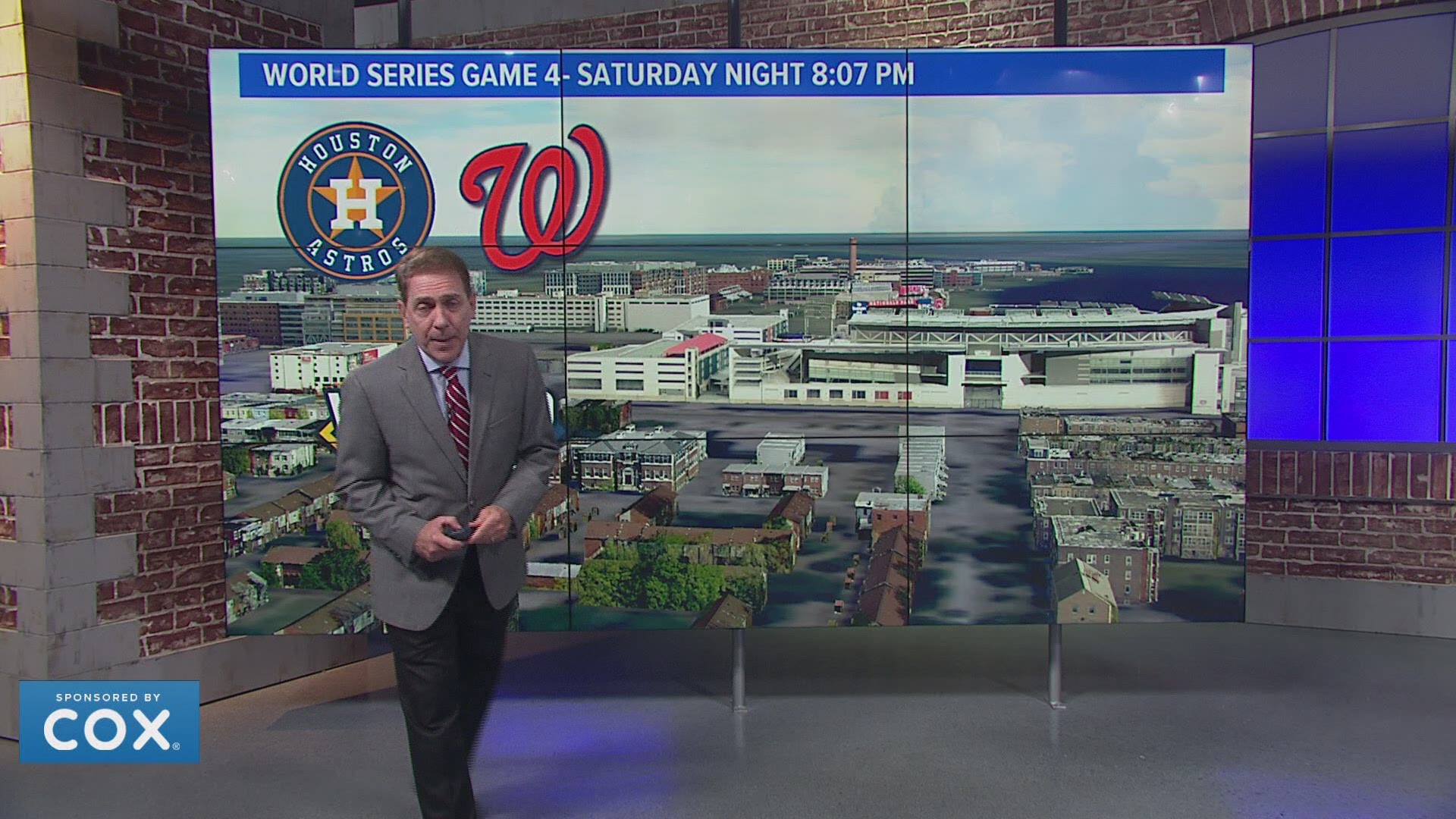 WASHINGTON — The weather can and sometimes does play a role during baseball! From temperature to humidity to winds -- it plays a role in the physics of a hit ball.

For the World Series in DC, we're paying particular attention to the wind direction. It may not seem like much, but did you know -- a 10 mile per hour wind can carry a well hit ball 10 to 15 feet further if the wind is coming from the right direction.

RELATED: World Series Weather in DC: showers may steal a base

With Nats Park, it's oriented with the center outfield is pointed northeast. The left outfield pointed due north. Home field is to the southwest.

So if there is a north wind, meaning a wind that comes from the north -- it will hinder a ball traveling to the left outfield that may otherwise be a home run. How much? For a 10 mile per hour north wind, it may cause a 10 feet difference.

At Nats Park, if the wind is from the southwest, it will help to carry the ball further than if that ball was otherwise hit by the same hitter with the same force and in the same direction in a vacuum with no wind.

The winds can also change the trajectory of a ball. This is also a factor during windy football games and golf.

Friday night for Game 3, we have southerly winds at Nats Park. This is great for the Nats trying to hit a big one to the center left field!

The winds are expected to shift later in the weekend from the north. Luckily, we do not foresee any of the World Series games in DC with incredibly strong winds that could cause massive impacts.

Temperature and humidity can also play a factor in how far a ball flies, but it's actually not as huge of a factor as the wind.

Cool air is more dense. The molecules are more densely packed together. A hard hit ball won't travel as far.

Warm and humid air, on the other hand, is less dense. The molecules are spaced further apart. On a hot and humid summer's evening, that fly ball will travel much further and will have a greater chance of making past the end of the outfield and become a home run! 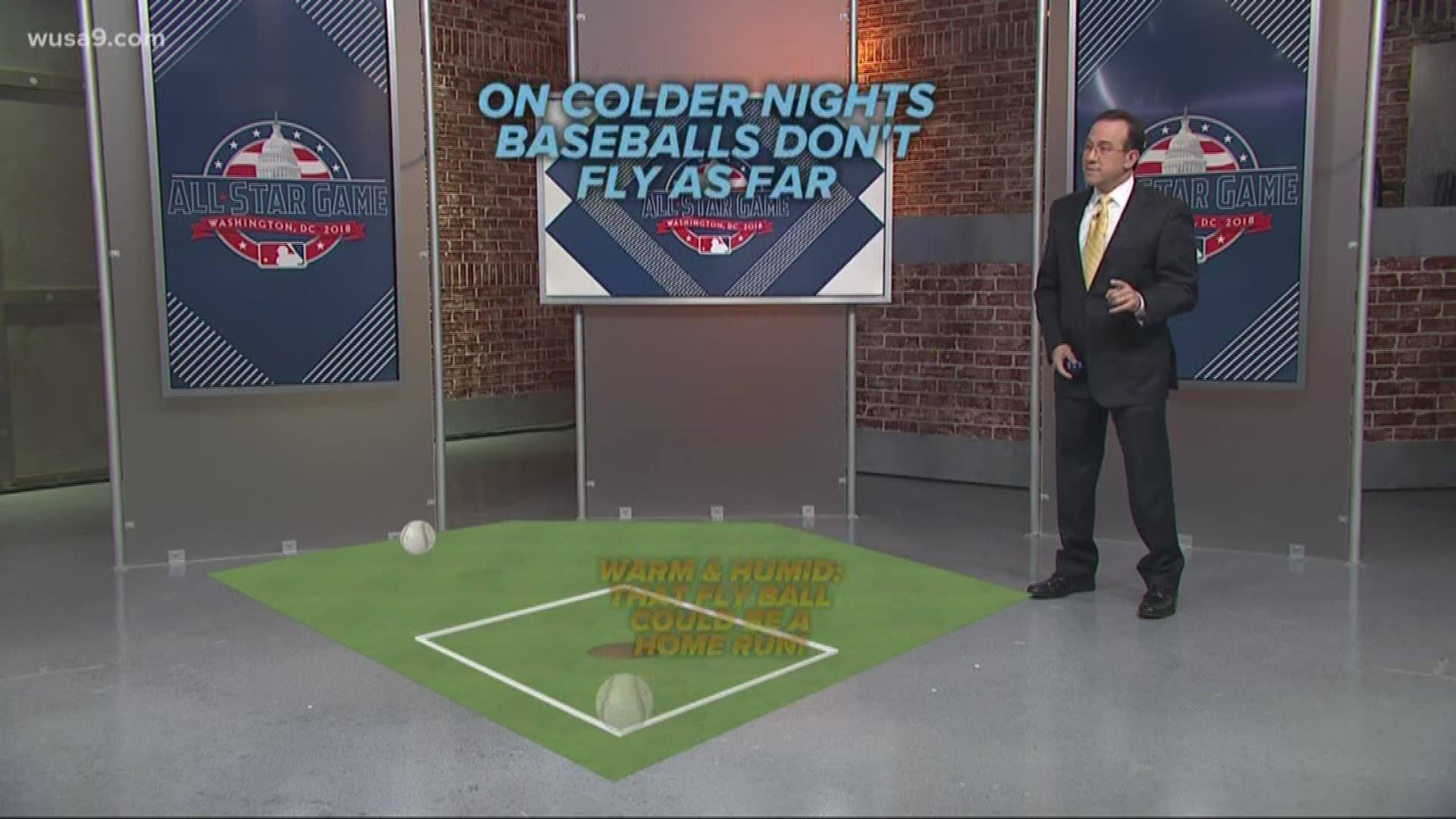