Puerto Rico still shaking, why so many earthquakes strike the area 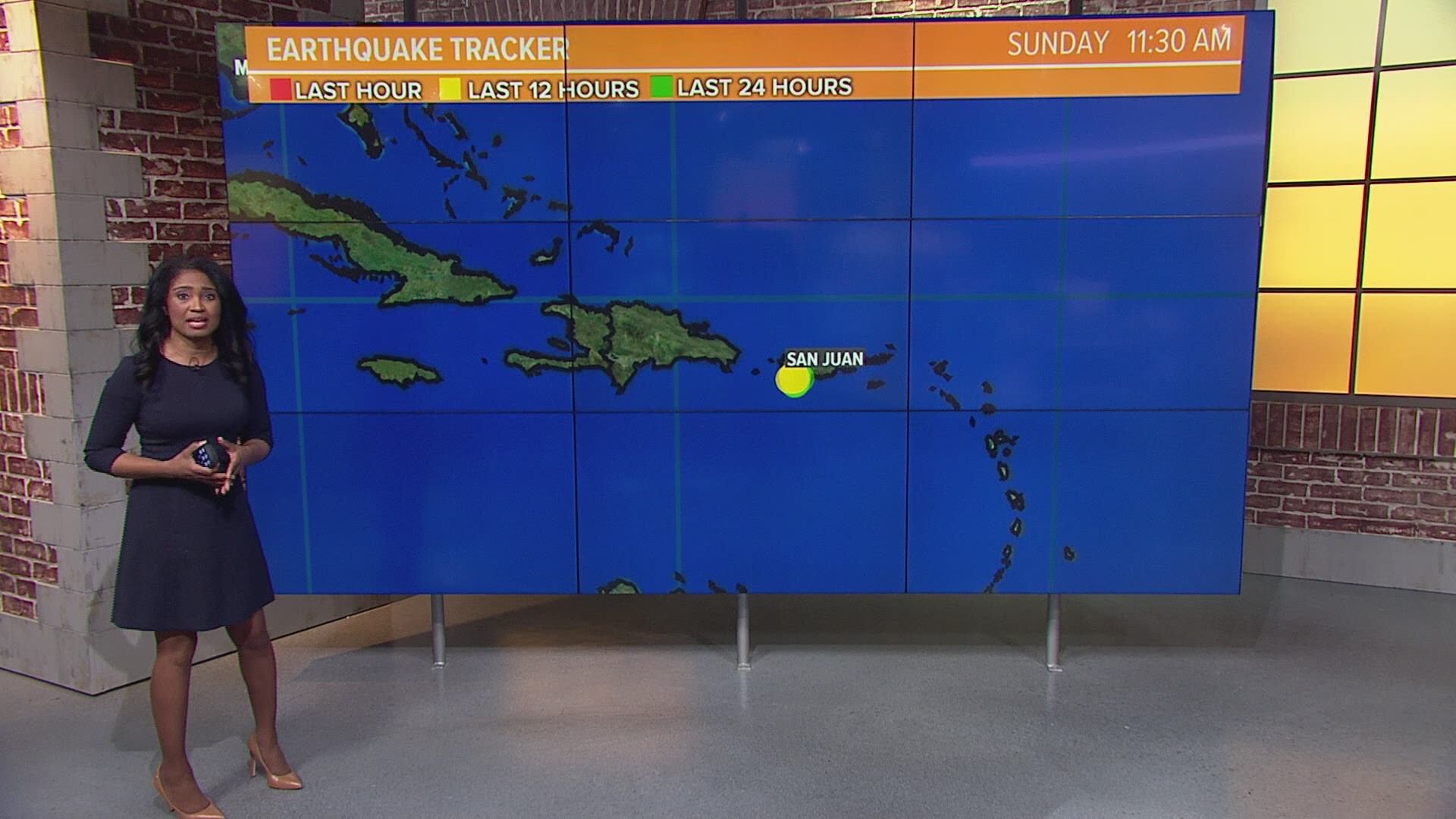 WASHINGTON — The tremors just keep coming. Puerto Rico continues to shake after a series of earthquakes disrupt life on the island.

A search of earthquakes in the United States Geological Survey's Earthquake Catalog showed that more than 1,800 earthquakes have rattled the area near Puerto Rico since December 13, 2019. Most of them were smaller earthquakes.

So why all the shaking? Puerto Rico sits on a hotbed of seismic activity.  Puerto Rico is on an active plate boundary and earthquakes are a common threat.

The U.S. Geological Survey noted that the island is nestled between the North American and Caribbean tectonic plates. Movement along these plates causes earthquakes.  Some of them too small too feel, but lately a few of them have been stronger.

To complicate things even further, Puerto Rico is also surrounded by ocean trenches and troughs. There's the Puerto Rico Trench, which is the deepest part of the Atlantic Ocean and the 8th deepest trench in the world.  Water depths are more than 8,400 meters (more than 27,000 feet deep).  U.S. Geological Survey scientists said that the Puerto Rico Trench is also associated with the most negative gravity anomaly on earth, (-380 milliGal). A milligal is a unit of acceleration. The negative anomaly means an active downward force is present.

Toward the south side of the island is the Muertos Trough and on the west side is the Mona Canyon.  In 1918 experts said a magnitude 7.5 earthquake struck just north of the Mona Canyon and caused a tsunami with waves up to 19 feet high. Researchers with Ocean Exploration and Research said the Muertos Trough, The Monda Canyon, The Virgin Islands Basin/Anegada Trough and The Puerto Rico Trench make up a microplate trapped between the Caribbean and North American plates.

Earthquake activity in Puerto Rico - The Next 30 Days

Within the next 30 days, USGS  experts believe the island will experience more earthquakes.  There are three scenarios that could play out.

Scenario 1: (most likely scenario, 75%) Aftershocks will continue to decrease and will be lower in magnitude than the 6.4 earthquake that struck on January 7, 2020.

Scenario 2: (less likely, 22%) An earthquake of a similar size could occur.  When two large earthquakes of similar size happen within close time and location it's called  a doublet.

Scenario 3: (least likely, 3%) An earthquake significantly larger than the 6.4 earthquake (magnitude 7.0 and above) could occur.