This is not a flood event from rainfall, but rather from a full moon and tropical storm.

WASHINGTON — Higher than normal high tides means water has crept up into parts of Old Town Alexandria, Va., Annapolis, Md. and other areas along the Potomac River and Chesapeake Bay Saturday. This is because of a combination of Tropical Storm Melissa and the full Hunter's Moon.

In Annapolis, the tidal flooding interrupted the Annapolis Sailboat Show. The water came up Spa Creek and onto Main Street, Dock Street and other surrounding roads.

The flooding crept all the way up to booths, forcing attendees to wade through the floodwaters.

Annapolis Police had to close down area roads. No cars were allowed in the downtown area.

In other waterways surrounding the downtown area, water levels came up above docks and boat ramps as well.

RELATED: Hunter's Moon will make an appearance this weekend

In Alexandria, there was a similar look along King Street. Alexandria Police had to close down roads Saturday afternoon ahead of the evening high tide at 8:24 p.m. This area of Old Town, Alexandria is very prone to tidal flooding.

The reason for the tidal flooding this weekend is from a combination of the upcoming full moon and Tropical Storm Melissa.

Around each full moon of the month, the sun, earth, and moon are aligned. When this happens, the tidal force is greater, which creates more extreme high tides known as spring tides.

In addition, over the last several days there has been a low pressure system, now known as Tropical Storm Melissa, that was churning a few hundred miles off the coast of the Northeast. This created a persistent northerly wind at the end of the work week, pushing water south into the lower Bay. As it pulled further away, the water came back northward, influencing and increasing the extremity of each high tide.

WATCH: In Queen Annes County, Md., a wedding even felt the impact of the floods. Geneva Harrison and Benjamin Schaffle were at the Kent Island Yacht Club and could see the waters rise. 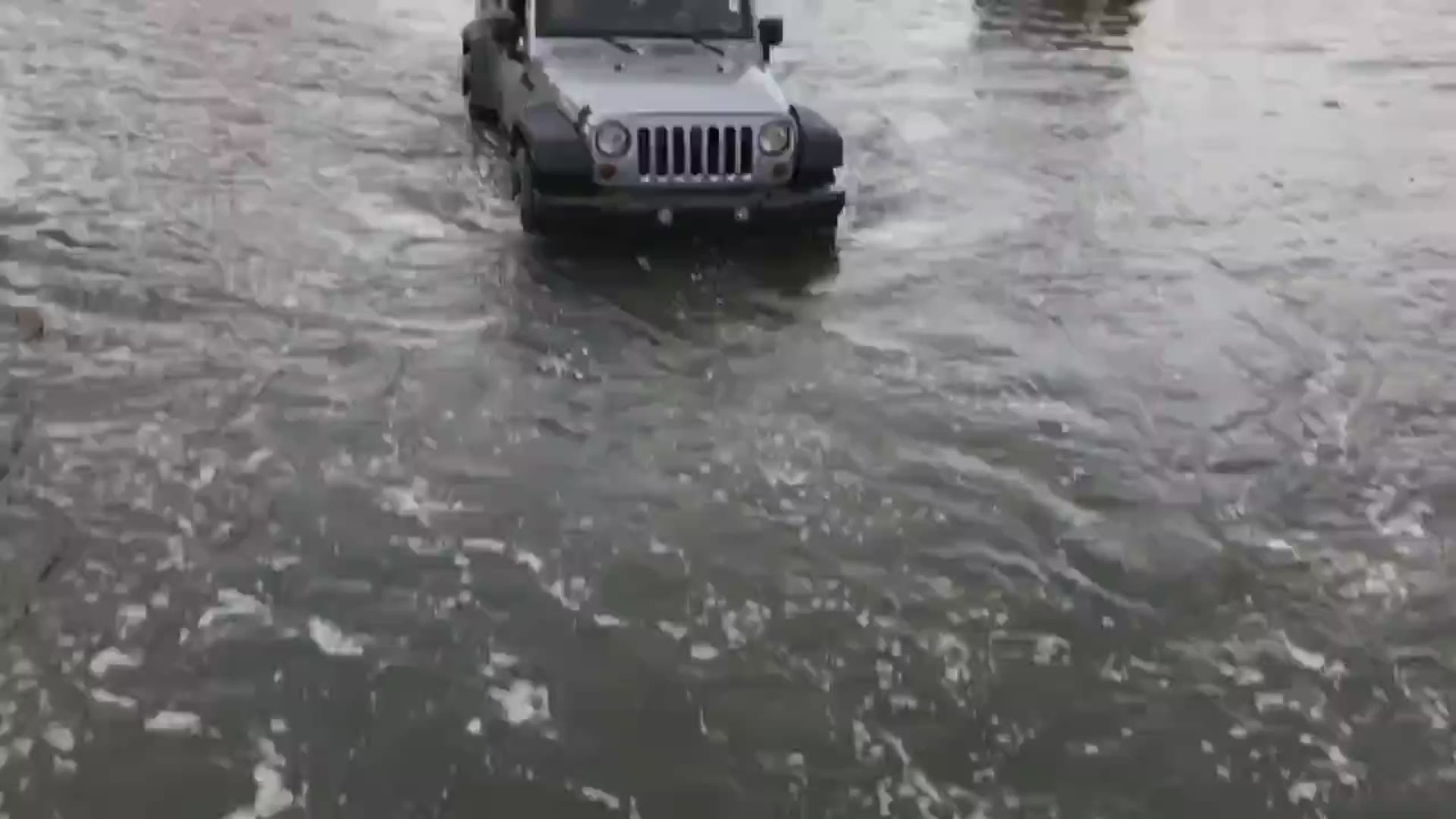 RELATED: Why is the Outer Banks prone to flooding?

Several Coastal Flood Advisories and warnings continue across the tidal Potomac and middle to lower Chesapeake Bay. Through Sunday's high tide, minor to moderate coastal flooding is still expected. Each high tide thereafter should gradually get lower as Tropical Storm Melissa pulls further away from the U.S. and post-full moon.