'Snow Squall Warning' issued for parts of Maryland, Virginia - here's what that means 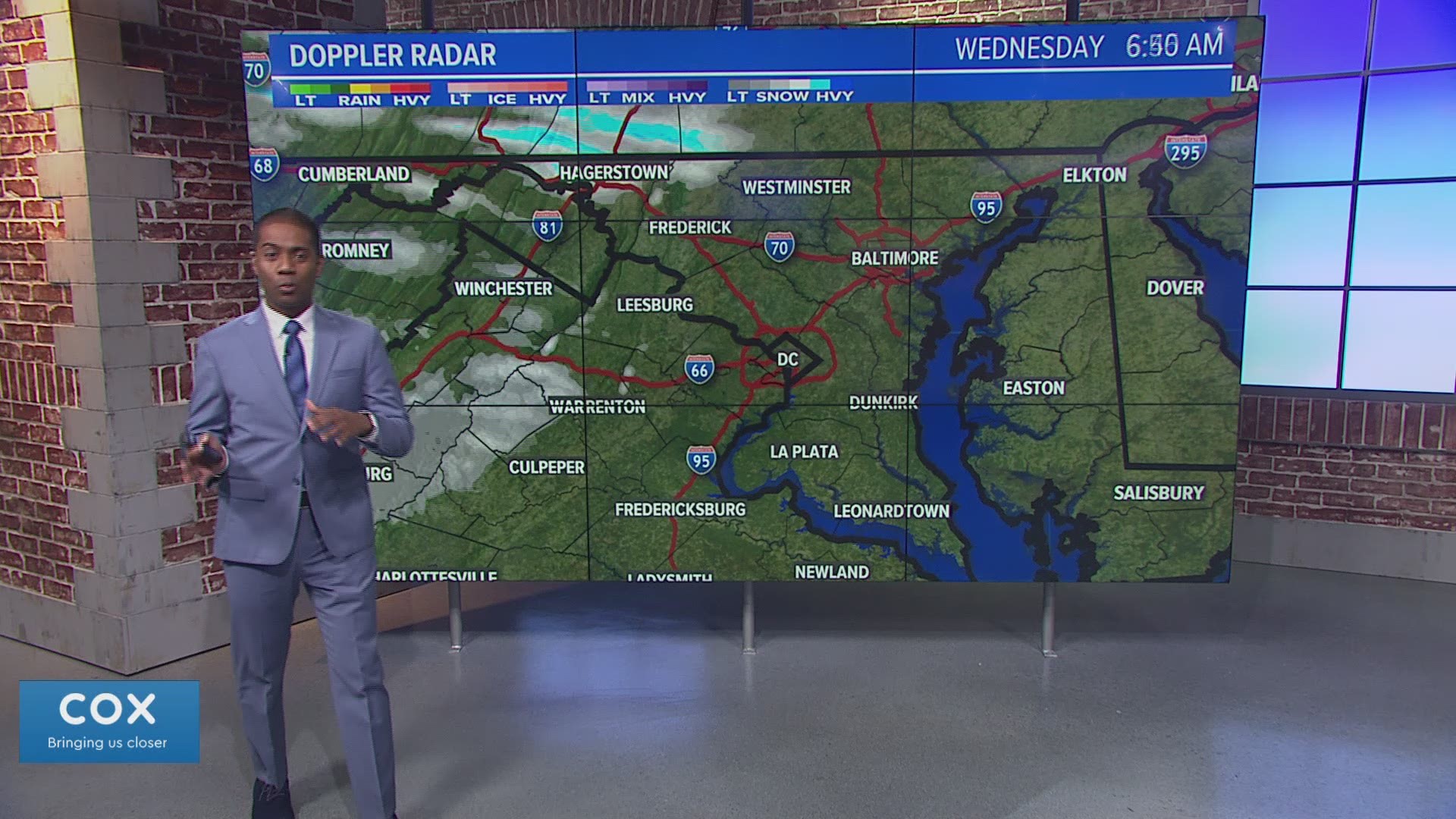 WASHINGTON — Wednesday morning, Snow Squall Warnings were issued for parts of the D.C. metro. This weather alert is a fairly new alert and had a lot of people talking about it on social media.

Here's what a Snow Squall is and why the National Weather Service is now issuing warnings for them.

What is a Snow Squall?

A snow squall is an intense snow shower that is short-lived, but can lead to quickly deteriorating road conditions with heavy snow and gusty winds. Visibilities can drop very quickly, even down to whiteout conditions. A quick dusting to inch of snow can fall in a matter of minutes. If the pavement surfaces are below freezing, this could mean snow-covered and icy roads - a huge danger to drivers.

Ahead of a snow squall, it's sunny. But quickly, as shown in the photo below taken in Thurmont, Maryland, the sun is taken over by clouds and then a quick and intense burst of snow.

RELATED: Did you hear it? Thundersnow in Maryland

Think of Snow Squall Warnings as the winter version of a Severe Thunderstorm Warning. They are issued for small areas with major thoroughfares and roadways when the intense snow squall could quickly turn a dry commute into a massive hazard.

They will issue snow squall warnings, and this alerts the departments of transportation and emergency managers in those zones, as well as a heads up for media on radio to alert drivers, in addition to tv media to alert those about to leave home.

On highway signs, they'll often have the time to put a warning to motorists and alert them of the commuting hazard ahead or moving in. This may help to encourage motorists to drive more cautiously, or exit off and wait as the snow squall passes.