The mission is 2024, and it will make further space travel more sustainable 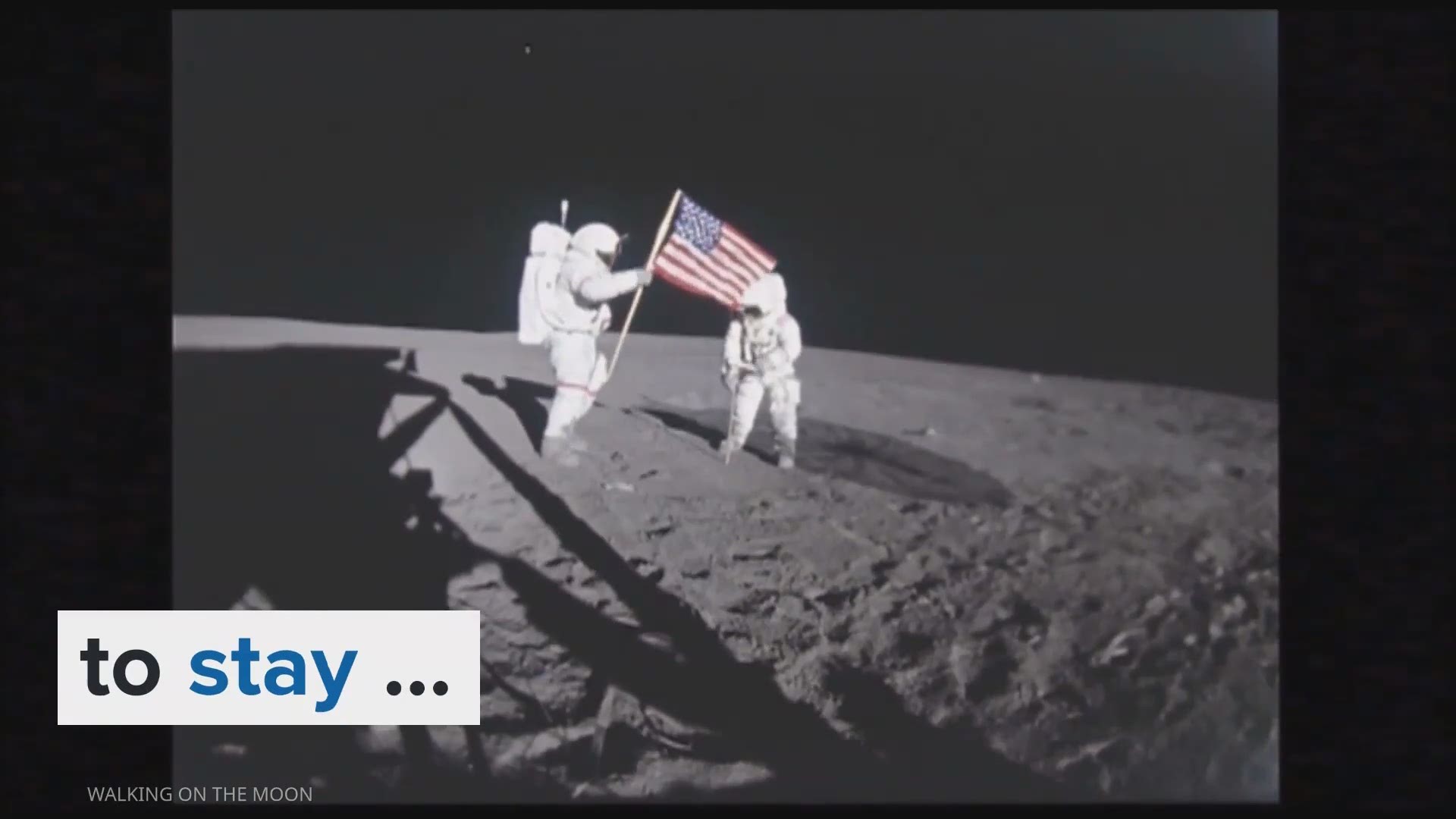 WASHINGTON -- It's been 50 years since the Apollo 11 spaceflight mission in which Neil Armstrong and Buzz Aldrin were the first men, both American, to set foot on the moon on July 20, 1969.

Since Apollo 11, technology has advanced by leaps and bounds. Lunar orbiter satellites have gathered information about the moon's resources and hazards. NASA's newest strategy is one that can be permanent and sustainable to have humans on the moon.

How They Will Do It

It starts with building a new spacecraft system that can carry larger and heavier equipment from Earth into space. The Space Launch Mission, or SLS, will be the most powerful rocket ever developed.

NASA's new Orion space capsule will be able to support humans traveling to deep space, and be able to bring them back to Earth safely.

Credit: NASA
The image shows the distribution of surface ice at the Moon’s south pole (left) and north pole (right), detected by NASA’s Moon Mineralogy Mapper instrument. Blue represents the ice locations, plotted over an image of the lunar surface, where the gray scale corresponds to surface temperature (darker representing colder areas and lighter shades indicating warmer zones). The ice is concentrated at the darkest and coldest locations, in the shadows of craters. This is the first time scientists have directly observed definitive evidence of water ice on the Moon’s surface.

In 2009, NASA scientists confirmed that there is water ice on the moon... millions of tons of water ice! This ice can be extracted and purified into water, and separated into oxygen for breathing, and hydrogen for rocket fuel.

Going to the moon will be a checkpoint, on the way to exploring space beyond the moon.