A Tropical Storm Watch is in effect for part of southern Maryland, the northern neck and Delmarva. 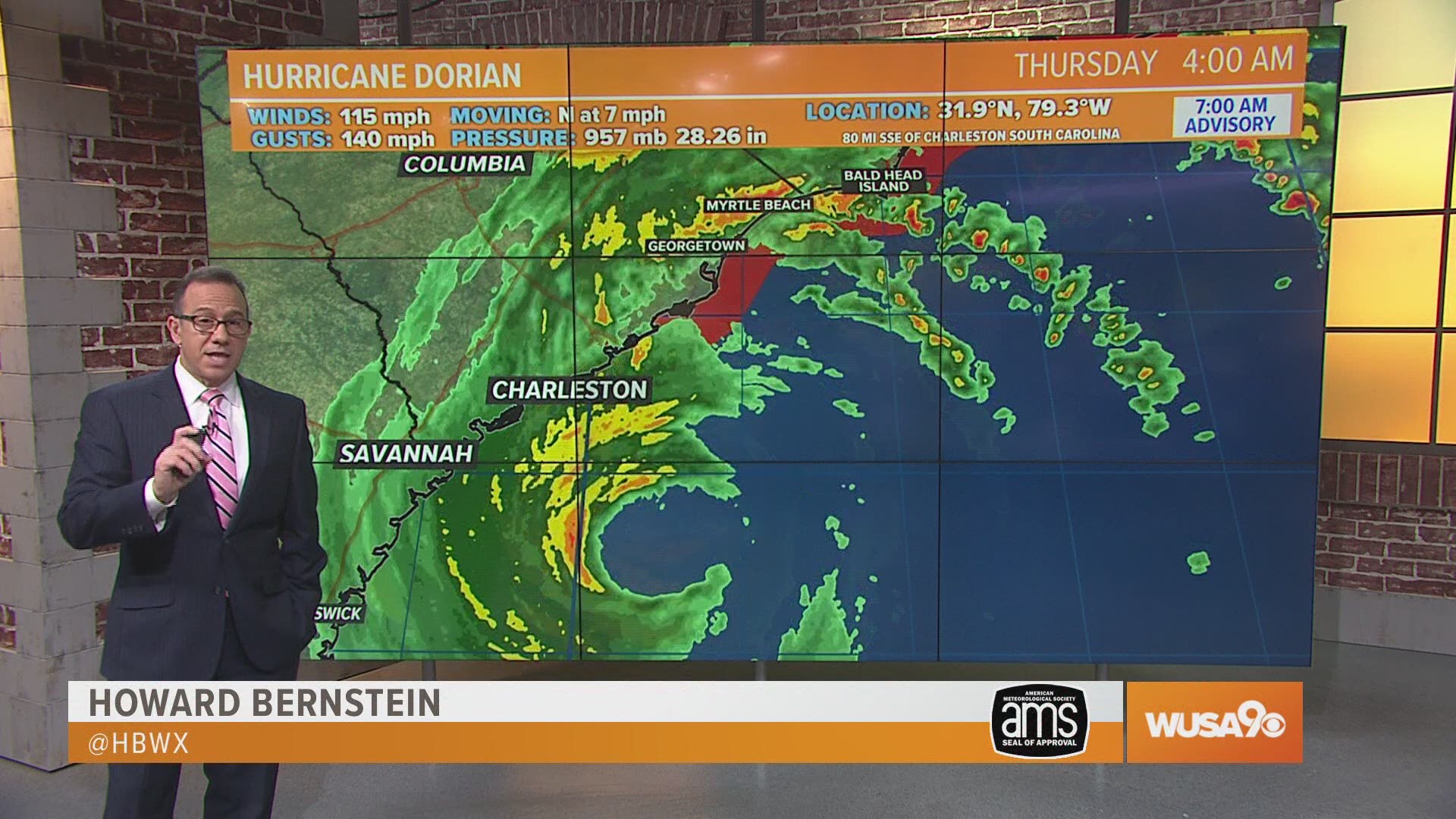 This extended outlook is subject to change. Please keep checking for updates.

The center of Dorian passes southeast of the DMV and will bring some impacts to our local beaches on Delmarva. With the current cone of uncertainty being several hundred miles away from D.C., the storm will have a low impact in the metro. Moderate impacts can be expected along the coast. A Tropical Storm Watches are in effect in pink below, where tropical storm conditions are possible within 48 hours. 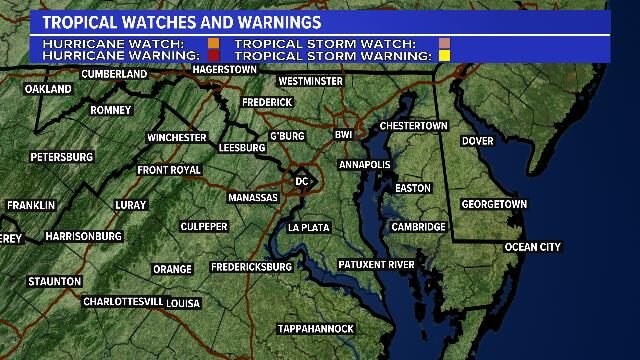 Here's What To Expect By Zone By Zone:

Dorian In The DMV: Impacts to Expect

1 / 4
WUSA
Minimal impacts west of I-95, Low impacts in southern Maryland and the northern neck. Moderate impacts for the lower Chesapeake Bay and Delmarva where tropical storm conditions, coastal flooding, and erosion is likely.

Wind Gusts - Model Forecast
The highest winds will be along the coast, where winds could gust 35 to 60 mph Friday afternoon and evening. This is the NAM model below, which is one of our most aggressive weather models for this event (worst case scenario for winds). This shows gusts along some of the Delmarva Beaches over 50 mph. Gusts in lower southern Maryland up to 40 mph, and just a breezy day in DC.

RELATED: The Red Cross 'mission control' center is in Fairfax, and all hands are on deck for Dorian

Being that the center of Dorian stays several hundreds of miles away from the inner metro, steady rain is not in the cards. A few showers are possible. In our 'moderate impact zone' across the lower Bay and southern Delmarva steady rain can be expected which will be heavy at times. Rain totals there could exceed 1 - 3 inches.

As Dorian approaches and passes by to the southeast, large swells and rough surf can be expected. For Delmarva beaches, 6 to 10 foot waves are possible. For Virginia Beach, waves could reach 8 to 12 feet, and for the Outer Banks where the center of Dorian will pass, waves will be higher.

Beach erosion is likely and all this week ahead of the storm there is a high risk of rip currents.