How climate change is changing when the DC cherry blossoms bloom 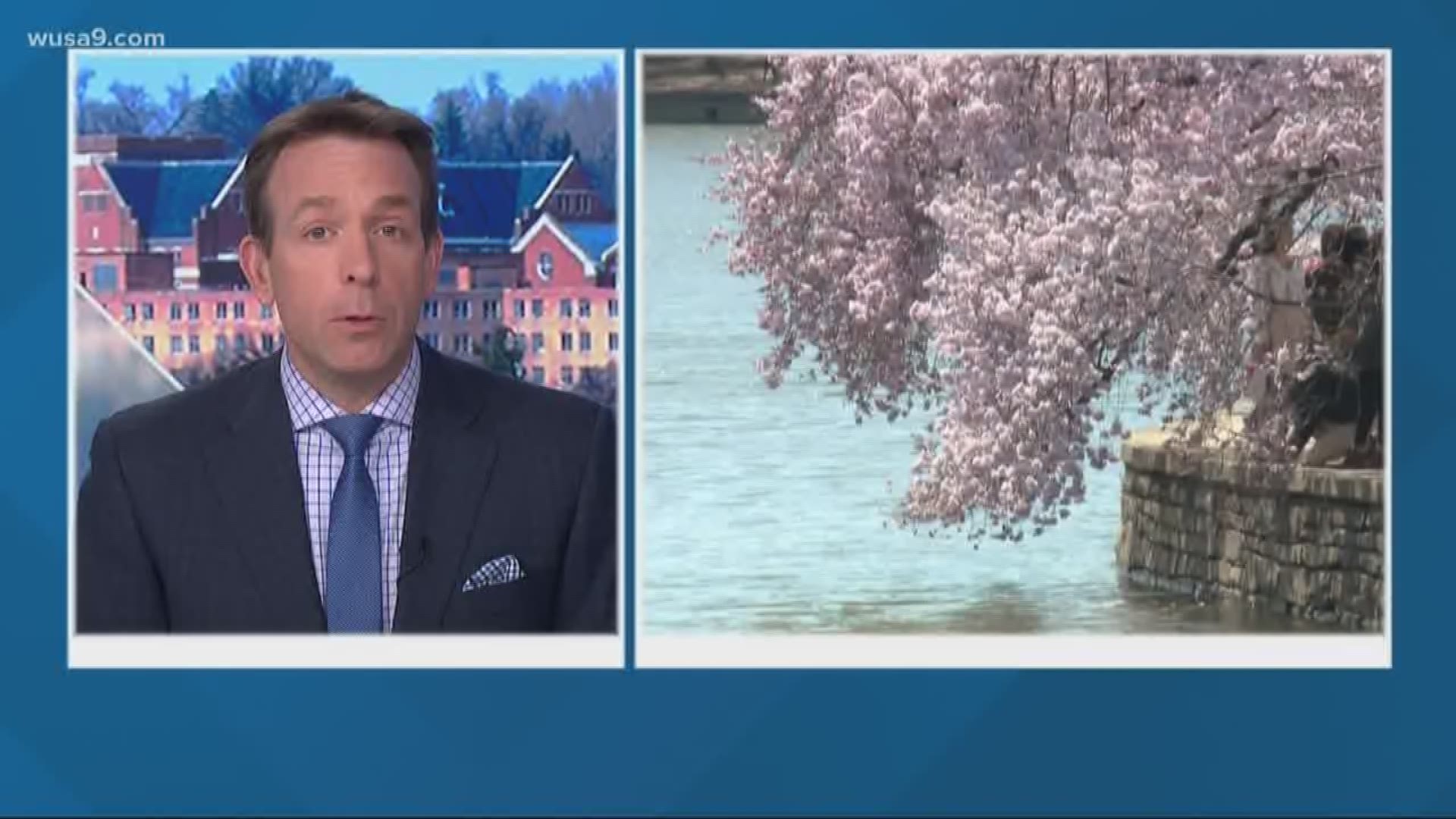 Cherry blossoms are the iconic definition of spring in Washington, D.C.  They are an attraction for millions, bring lots of money to the local economy and are also pretty cool.

The original gift of 2000 cherry trees arrived in January of 1910. But, the trees were infested with insects and nematodes and were all destroyed by the U.S. Department of Agriculture.

On February 14, 1912, 3,020 cherry trees from 12 varieties were shipped from Yokohama on board the S.S. Awa Maru, bound for Seattle. Those trees arrived in D.C. on March 26. The trees were comprised of many varieties with the Yoshino being the most prominent accounting for eighteen hundred (1,800 of the the 3,200) of the total number of trees.

One hundred and seven years later, the spectacle of D.C.'s cherry trees is one that is welcome every year.

But over that time span, there have been changes to the trees and the tidal basin they surround.

Observed warming over the past century, give or take, is having an impact.

In the first half of the 20th century, the peak bloom date averaged April 6. However, over the past 40 years, that average date is now April 1.

It seems reasonable to assume that date will become earlier in the year as warming continues. In fact, one study shows that with higher emissions of green house gases, the peak bloom could be as early as the first week in March by the 2080s.  More moderate emission scenarios still have the peak bloom as early as March 22 by the 2080s.

This is the original article on projections from 2011.

Another thing we are seeing is higher water levels around the Tidal Basin.  Many high tides now top part of the walkway near the Jefferson Memorial. And it's not just the rising water levels, the Tidal Basin was built over a swamp and is sinking at the rate of half an inch per year.

Credit: WUSA
Cracks in the Tidal Basin after higher water and climate change.

"The water that comes up over the walls is a threat to cherry blossoms and their root systems in some places," Mike Litterst, from the National Park Service said.

Cracks and wear on the Tidal Basin sea wall - plus daily flooding - are causing permanent damage to the cherry blossom roots.

Litterst said they estimate it would cost about $300 million to fix.

"This has been going on for decades and the cost of repairs are compounding each year," Marcia Argust, the projects director of Pew Charitable Trusts said. "You've got to triage the repair needs, that means some issues are not going to get addressed and those repairs get more expensive and more challenging to fix."

So the Tidal Basin will have to wait - there is currently a $12 billion backlog of work needed across the 100-year-old National Park Service system.

The funds for the flowers will have to come from Congress. A bill was introduced this winter to allocate $6 billion to help pay for some of those needed repairs across the National Park Service.

The cherry blossoms and their importance to D.C. will most certainly mean that these threats will be mitigated one way or another, but you should expect them to be around, even if they bloom earlier, for a very long time.