Happy Meteorological Spring! Here's why it's different than official spring 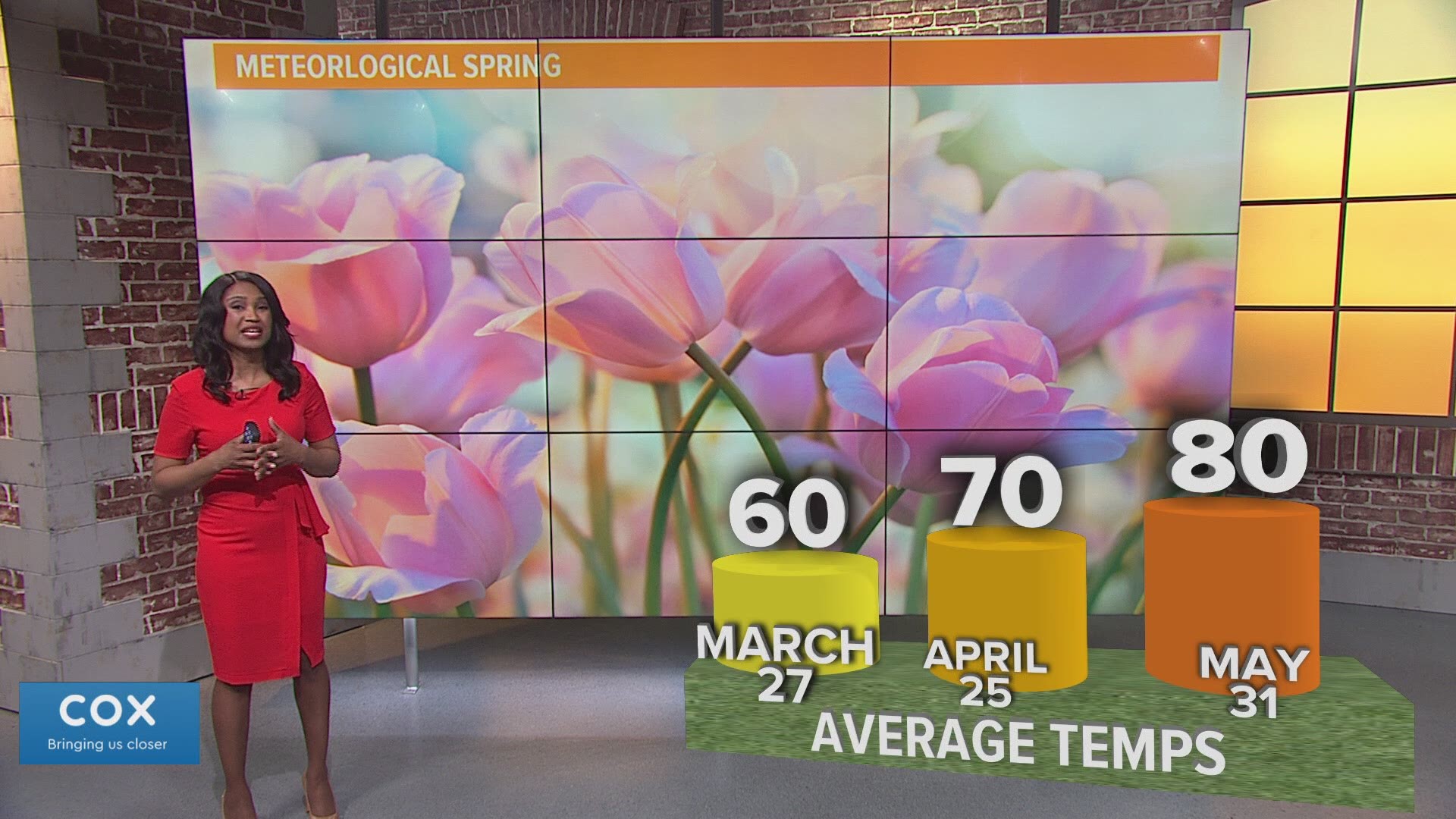 RELATED: Are your allergies flaring already? Expect a long allergy season in the DMV

Meteorological summer would be June, July, August.  These months typically have the warmest temperatures of the year.  September, October, and November are when temperatures cool off from summer , giving us a feel for fall. December, January and February typically mark the coldest part of the year, which is why it's referred to as meteorological winter.

The official start of spring (vernal equinox)  is based on Earth's position in relation to the sun. Spring equinox typically occurs on or around March 21.

Spring equinox is determined by the sun's position directly above the equator. The sun's rays are most concentrated along the equator at this time.   Equinox is derived from the Latin words aequus (equal) and nox (night).

The National Centers For Environmental Information describes why we have meteorological and astronomical seasons.

"Because Earth actually travels around the sun in 365.24 days, an extra day is needed every fourth year, creating what we know as Leap Year. This also causes the exact date of the solstices and equinoxes to vary. Additionally, the elliptical shape of Earth’s orbit around the sun causes the lengths of the astronomical seasons to vary between 89 and 93 days. These variations in season length and season start would make it very difficult to consistently compare climatological statistics for a particular season from one year to the next. Thus, the meteorological seasons were born."

What's Different About This Spring?

RELATED: Spring is coming earlier in the U.S. this year than it has since 1896