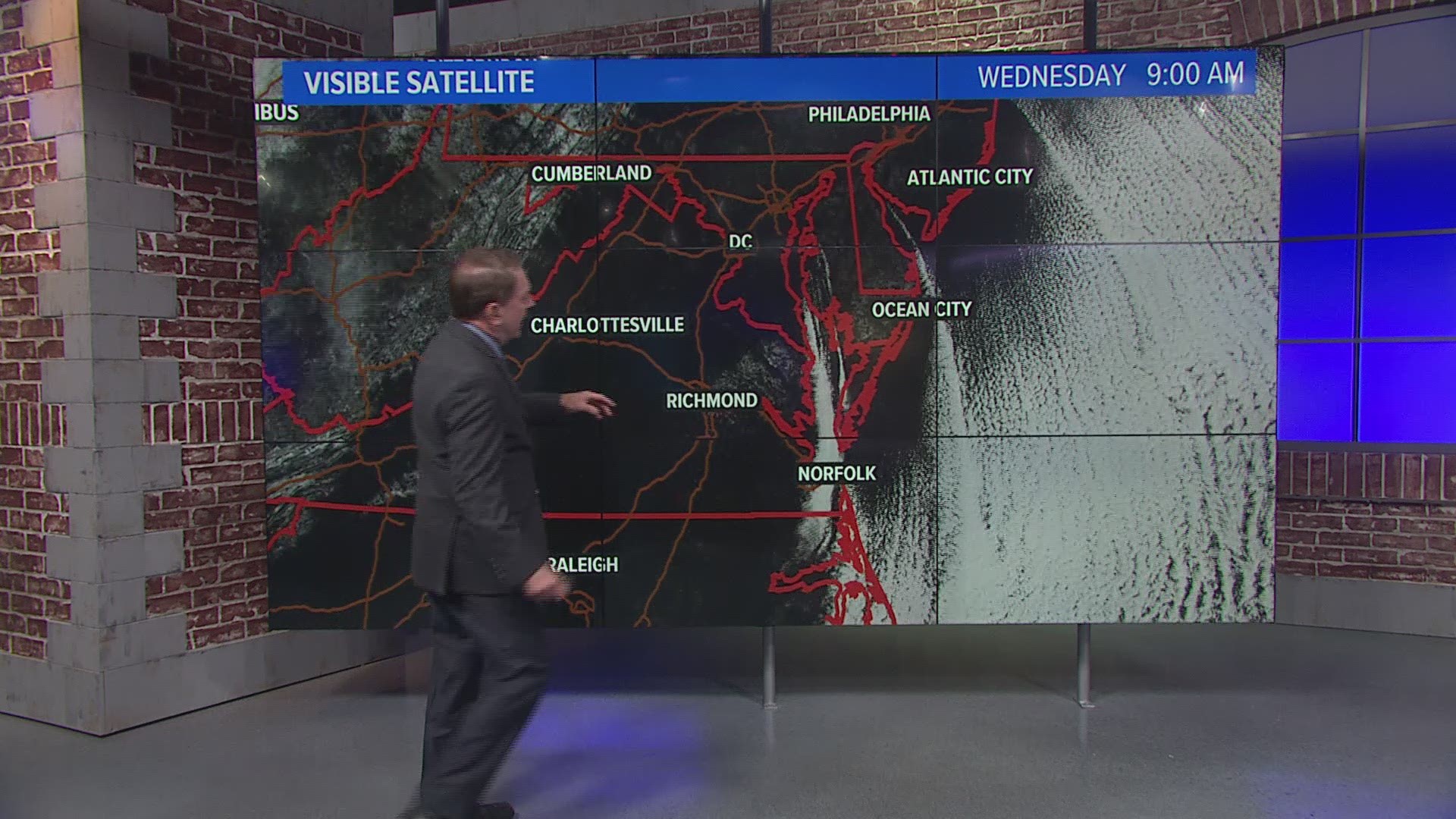 WASHINGTON — Today's visible satellite images and loops from space give us some pretty spectacular views. In the video loop below, you'll see a couple of different features that are just fascinating to watch.

First, look at the lighter parts of the map that do not move as the visible satellite loops through time. Look over West Virginia, then over the northern neck of Virginia, north and east of Richmond. Because it's not moving, you know it's not cloud cover or something up in the clouds. Instead, you're looking at something on the ground. This is fresh snow. 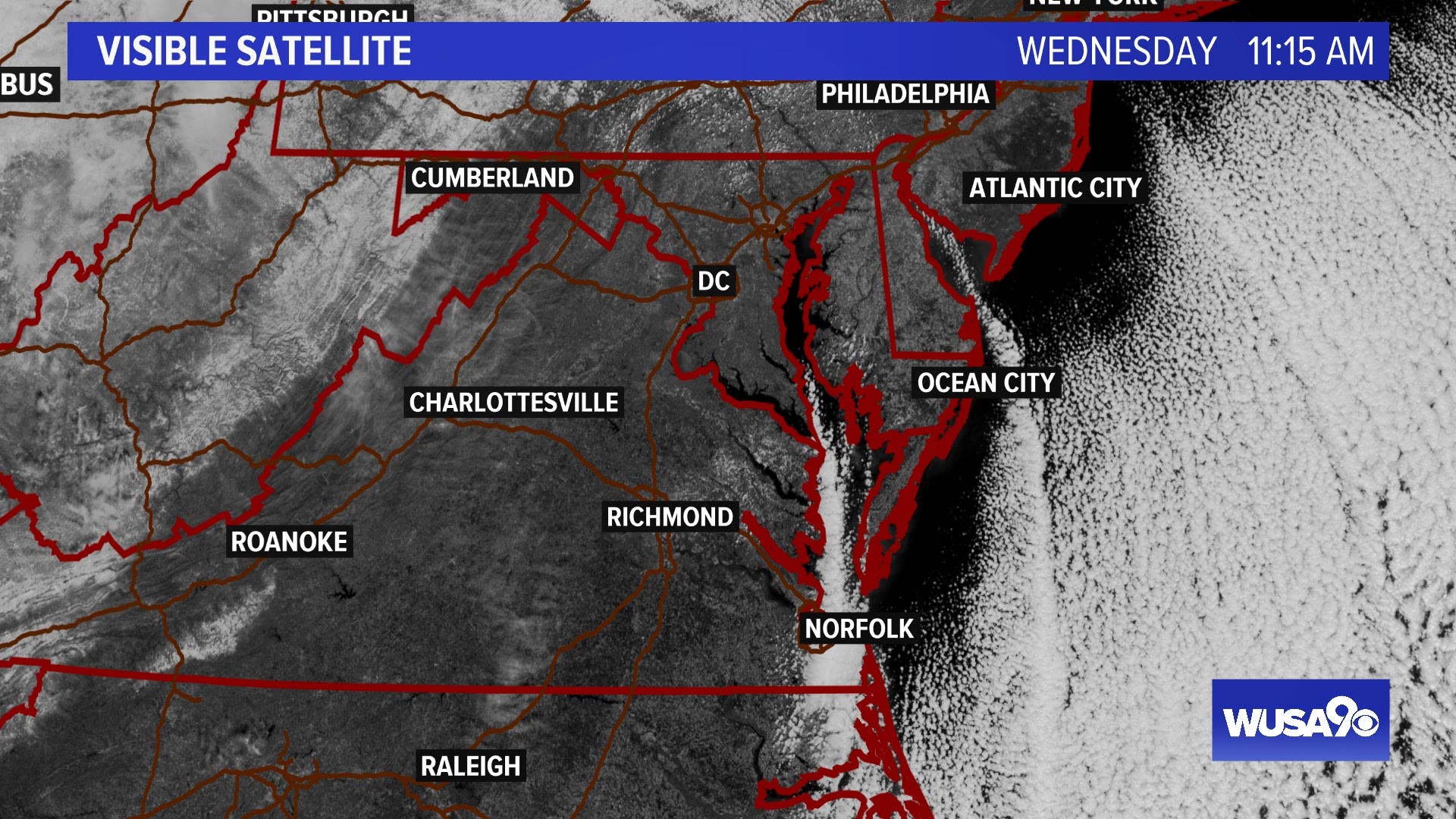 Now, go back and watch the video again. This time, look over the Chesapeake Bay and Delaware Bay. Those are streaks or bands of clouds. These are created from the same phenomenon as lake-effect snow. Except this time, it's bay-effect.

Here's How the Bay-Effect Clouds Formed

There's a very cold Arctic air mass that's settled into the Mid-Atlantic. Northwesterly winds are blowing this cold air from the land and onto and over the waters of the bays and out into the Atlantic Ocean.

There's a huge temperature difference between the water and the air. The surface water temperatures of the Chesapeake Bay are still running around 55°. Our temperatures this morning began in the 20s.

When this cold air moves over the water, it picks up moisture. The air condenses and this creates clouds. In the case of the Chesapeake and Delaware Bays, the winds today are blowing parallel to the orientation of these bodies of water. So the winds are going over a longer area of water and can create more clouds.

We call this length that the wind blows over water "fetch." With this longer "fetch" today, this process of picking up moisture and condensing into clouds can happen and create these bay-effect clouds.

In the winter with strong northerly or northwesterly winds over the Bay, we can see these Bay effect clouds more frequently, and they can produce flurries or snow showers down in the Norfolk area.

This is the same process that creates lake effect snows off the Great Lakes.