Buckle up! 2020 Farmers' Almanac calling for a 'polar coaster winter'

'Freezing, frigid, and frosty' are the exact terms used to describe the upcoming season. 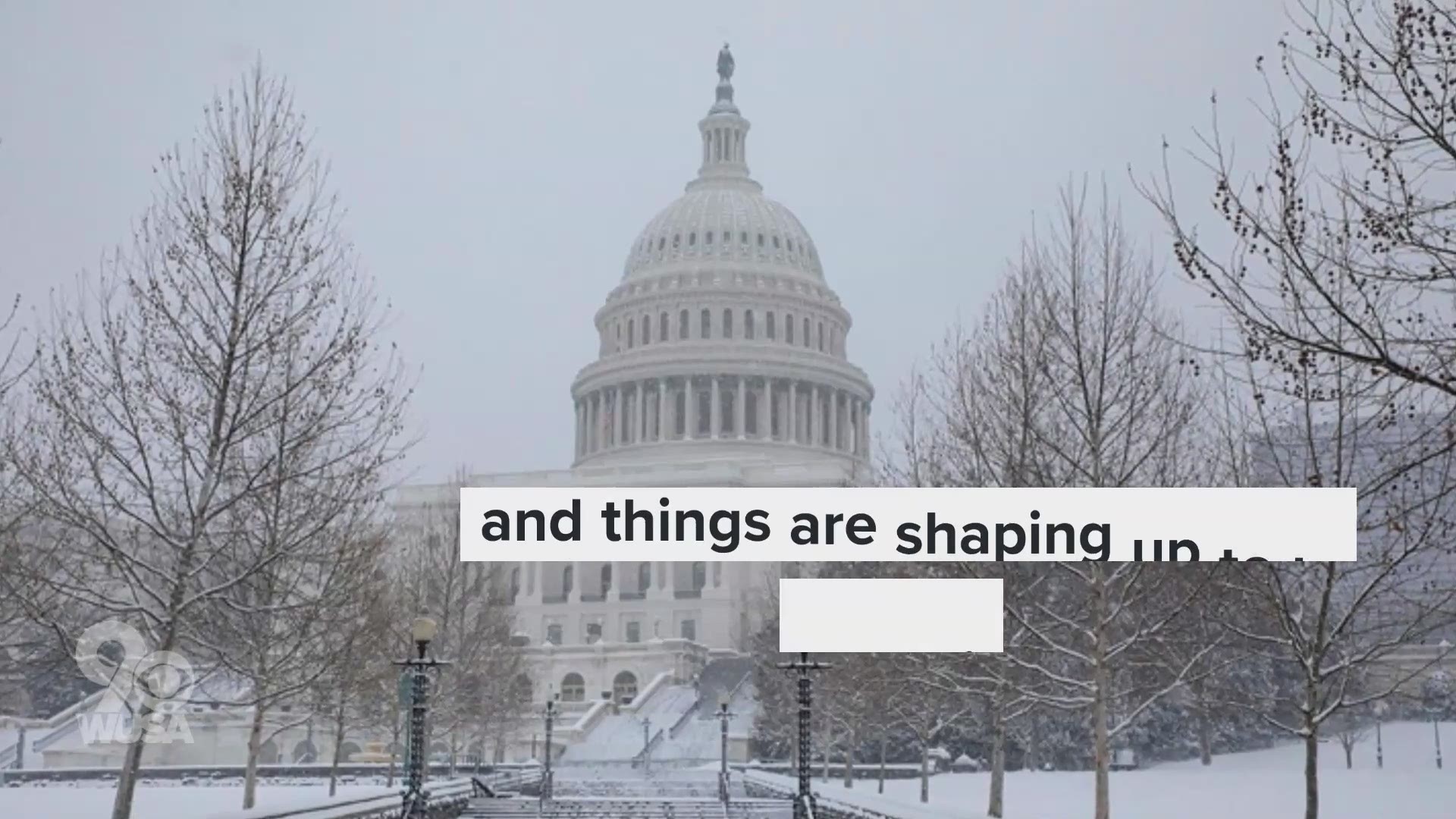 WASHINGTON — Now that we finally have some nice summer weather, the Farmers' Almanac has their long-range forecast ready for this winter...and it is a bit of a buzzkill.

The extended weather forecast from the 2020 Farmers' Almanac is out and things are shaping up to be 'freezing, frigid, and frosty' in our area.

“We expect yet another wild ride this winter,” Farmers' Almanac editor Pete Geiger reports, “with extreme temperatures swings and some hefty snowfalls.”

Here are some of the highlights, or lowlights, depending on how you feel about winter weather:

According to their long-range outlook, spring will be slow to start with winter lingering across the Midwest, Great Lakes, Northeast, and New England. Occasional wet snow and unseasonably chilly conditions will hang on for a ride that you may not be able to get off until April!

"Occasional wet snow and unseasonably chilly conditions will hang on into April," the book said. "Much of the rest of the country will experience frequent and widespread precipitation.

We also should mention the Farmer's Almanac is predicting another above average summer for heat next year as well.

Just how does the Almanac get their forecast this early? Farmers’ Almanac forecaster Caleb Weatherbee (a pseudonym for their prognosticators) said they use a top-secret mathematical and astronomical formula, taking sunspot activity, tidal action, the position of the planet, and many other factors into consideration.

We asked the WUSA9 weather team for their thoughts on the Farmers' Almanac outlook.

"It's amusing to look at, but take it with a grain of salt... a fine, small grain of salt. It's August. And 'freezing, frigid and frosty' isn't exactly the most detailed of predictions," Melissa Nord said. "What we do know about the upcoming winter is that we're coming out of an El Niño and into a neutral phase of the El Niño Southern Oscillation, which gives us clues as to what the winter may hold. Our weather team is already hard at work crunching the numbers and look forward to finalizing the predictions for D.C.'s winter later this fall."

WKYC and Melissa Nord from WUSA9 contributed to this report.