Tree crashes onto power line and home in DC

A tree landed in the front yard of one house for the second time in two years, leaving 60 homes without power Wednesday. 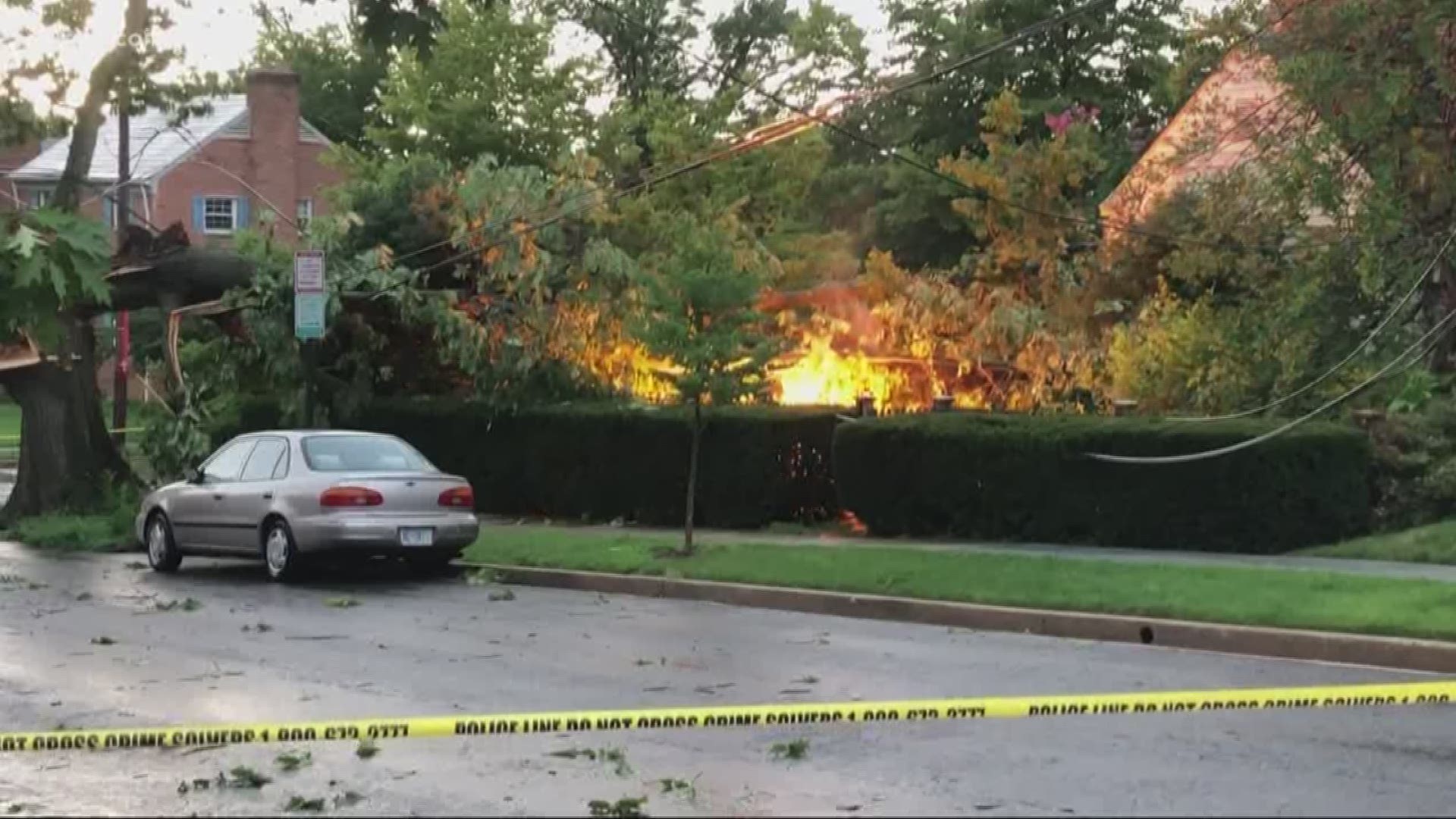 WASHINGTON — A tree crash-landed in the front yard of one house for the second time in two years, leaving 60 homes without power Wednesday.

The electric current from a live wire sparked a fire on and off until Pepco could de-energize the lines hours later.

D.C. Fire and EMS crews said storms caused the tree to crash into power lines and then a home at the corner of Yuma St. and 43rd St. Northwest, a little before 6 p.m. Thursday.

Fire officials said it was difficult to tell whether the fall was caused by lightning, wind, or just the rain.

The homeowners' children were inside the home when the tree came crashing down.

“I just heard like a big bang," Will Hurst, who lives inside the home that was hit, said. "I thought it was thunder at first, and all the lights and power went out like just shut off, and so I ran upstairs … and looked outside the window and we saw that it was sparking, and it would spark on and off." 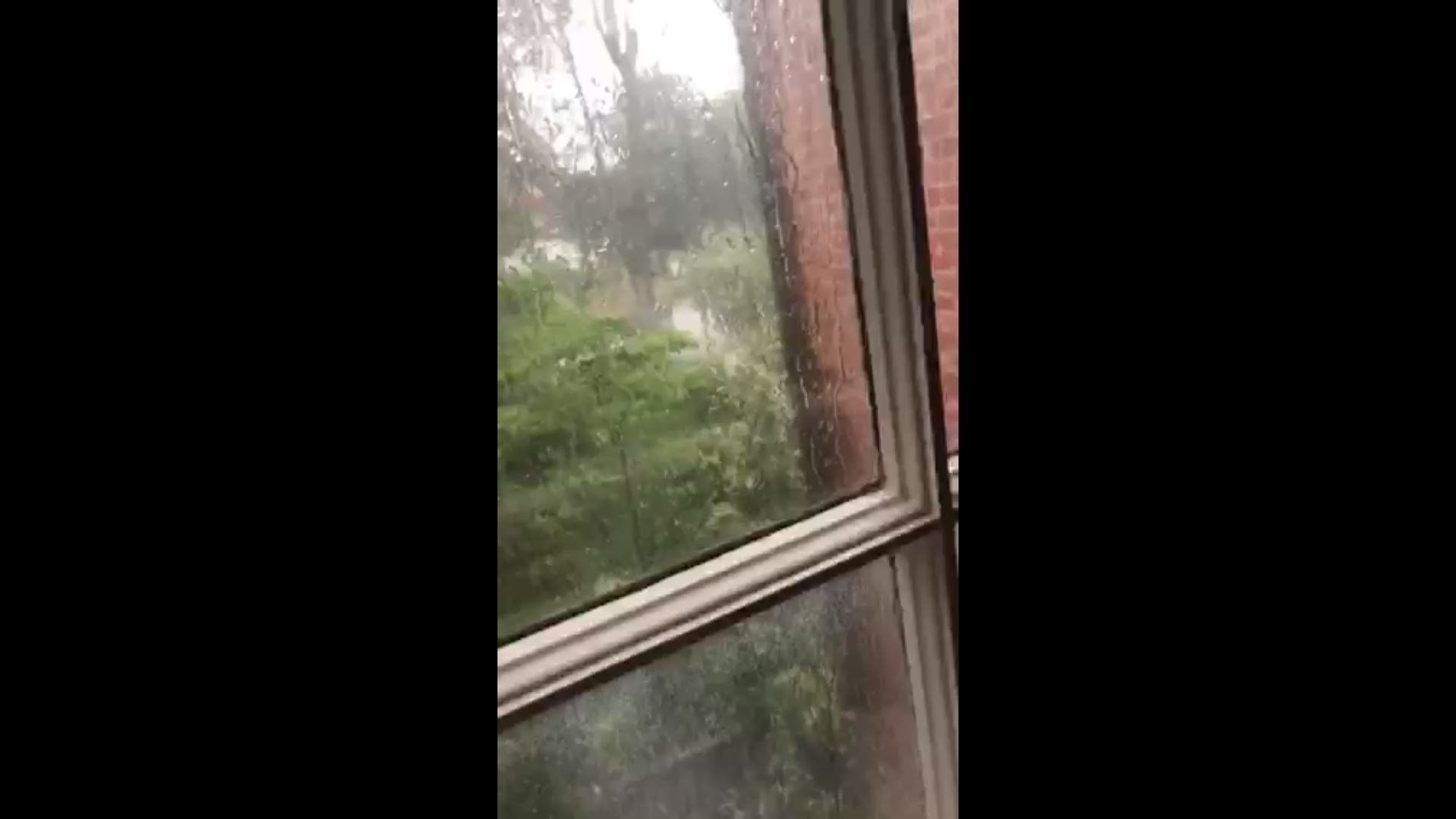 Unfortunately, this isn't the first time this tree has hit the Hurst house.

"Fourth of July last year, we had had a big rainstorm the day before … and there was a very, very old tree," homeowner Melissa Hurst said. "It just cracked, and a huge piece of the tree fell on the house back then. They came out. They removed that, but they left the rest of the tree standing, still some branches going all the way across the street, so finished the job today."

Hurst said it made her wonder if D.C. has a comprehensive plan to prevent trees from falling into homes.

WUSA 9 asked someone with DDOT's Urban Forestry division, who was responding to multiple calls of downed trees Wednesday, and he said the city mostly relies on neighbors to call.

He said if people are concerned about a tree, they can call the department, and an arborist will check it out.

He also said there's a good chance this tree had rot in the center, though, that crews wouldn't be able to see from the ground.

The biggest concern for D.C. Fire and Pepco, though, was the slew of cables littering the area.

As of 10 p.m. Wednesday, Pepco said 60 people would be without power until crews could fix the lines.