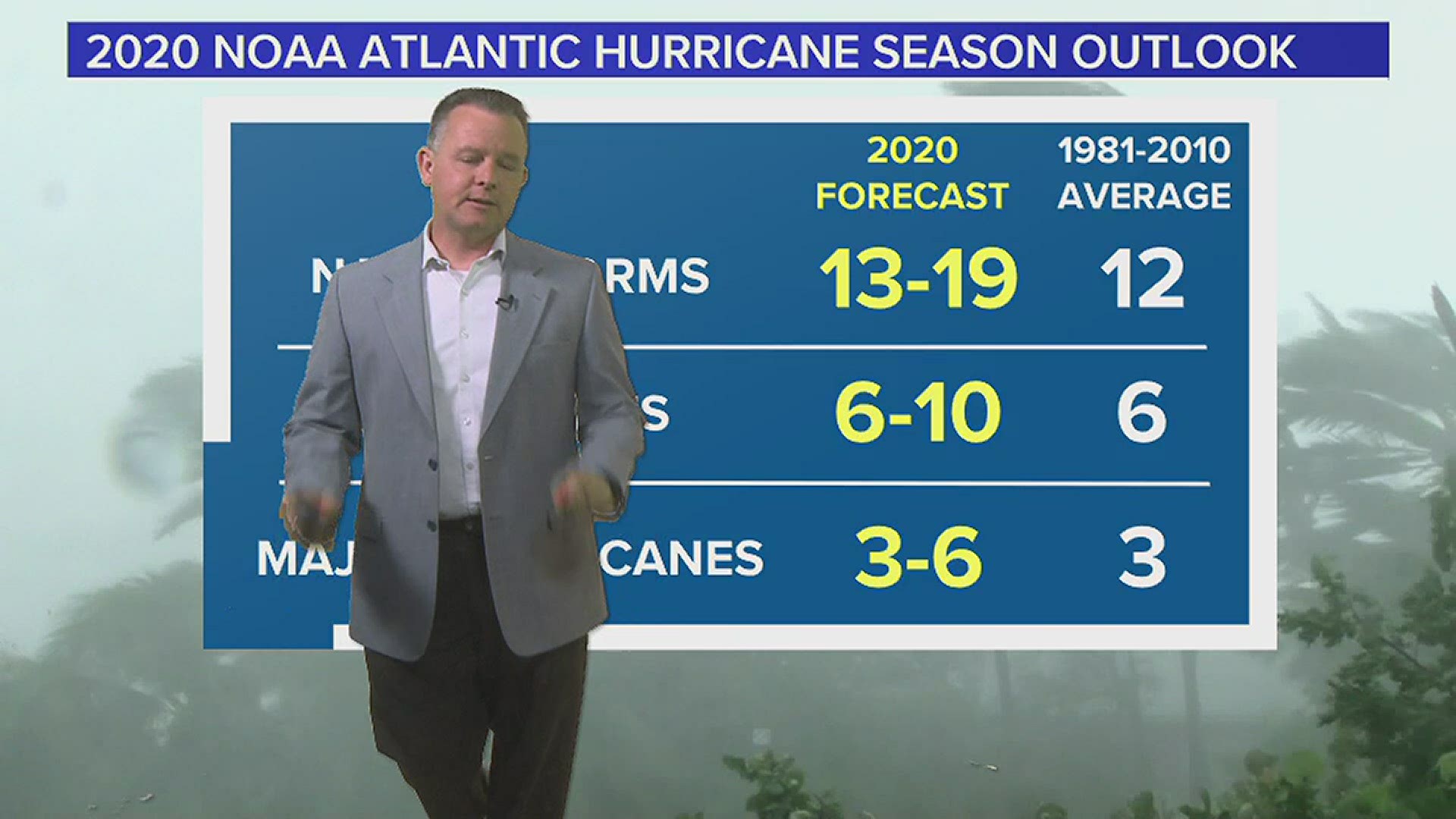 COLUMBIA, S.C. — The National Oceanic and Atmospheric Administration is expecting a busy hurricane season with 13 to 19 named storms.

NOAA expects 13 to 19 named storms, of which 6 to 10 could become hurricanes, including 3 to 6 major hurricanes.

According to NOAA, the combination of several climate factors is driving the strong chance for above-normal activity this year.

El Nino Southern Oscillation (ENSO) conditions are expected to either remain neutral or to trend toward La Nina, meaning there will not be an El Nino present to suppress hurricane activity.

Similar conditions have been producing more active seasons since the current high-activity era began in 1995, according to NOAA.

Even though this season is predicted to be a busy one, NOAA’s outlook is for overall seasonal activity and is not a landfall forecast.

An update to the 2020 Atlantic seasonal outlook will be issued in August prior to the historical peak of the season.

We did get an early start on hurricane season. Tropical Storm Arthur grazed the North Carolina coast on Monday, but it did not make an official landfall.