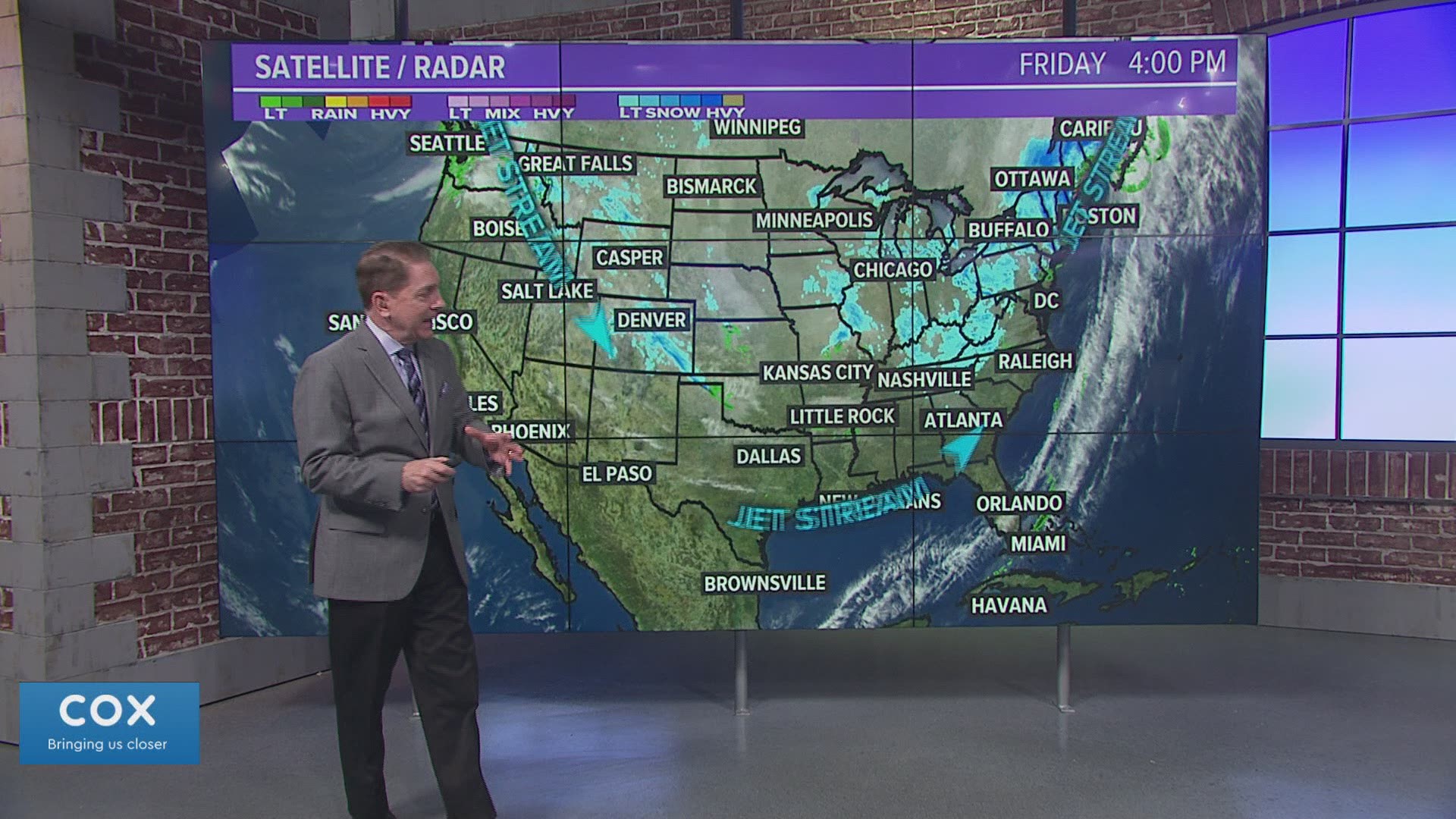 There were also more than 220 reports of severe weather reports from Virginia, Maryland, Pennsylvania, Delaware and New Jersey.

It was a violent two hour weather span during the tornado outbreak that started in Virginia.  No one died in the tornadoes, but one person was injured from straight line winds near Redgate in southern Maryland.

Why Did These Tornadoes Happen?

In short, here's why we saw severe weather break out:  1. warm, humid air in place, 2. very strong jet stream, 3.  wind sheer, 4. strong low pressure system.  All of those dynamics came together to produce an unstable atmosphere.

Warm and humid air was in place. The jet stream ,(atmospheric river of air), was very strong, helping to produce lift.  The National Weather Service referred to this as an extreme jet stream, because winds were nearly 200 mph (higher up in the atmosphere).  The low pressure system was getting stronger as it moved across the area. Between the low pressure and the jet stream, there was a sufficient amount of wind sheer. It gave the storms enough spin to get tornadic activity going.

Here are more details about the tornadoes that struck the region.

RELATED: Oh No! Dozens of puppies are shaken up after tornado damages their training center

Most damage reports have come from Loudoun and Montgomery counties. No major injuries have been reported, but some homes, apartments, and cars sustained significant damage.