The heavy downpours and strong storms are expected to continue through Thursday morning. 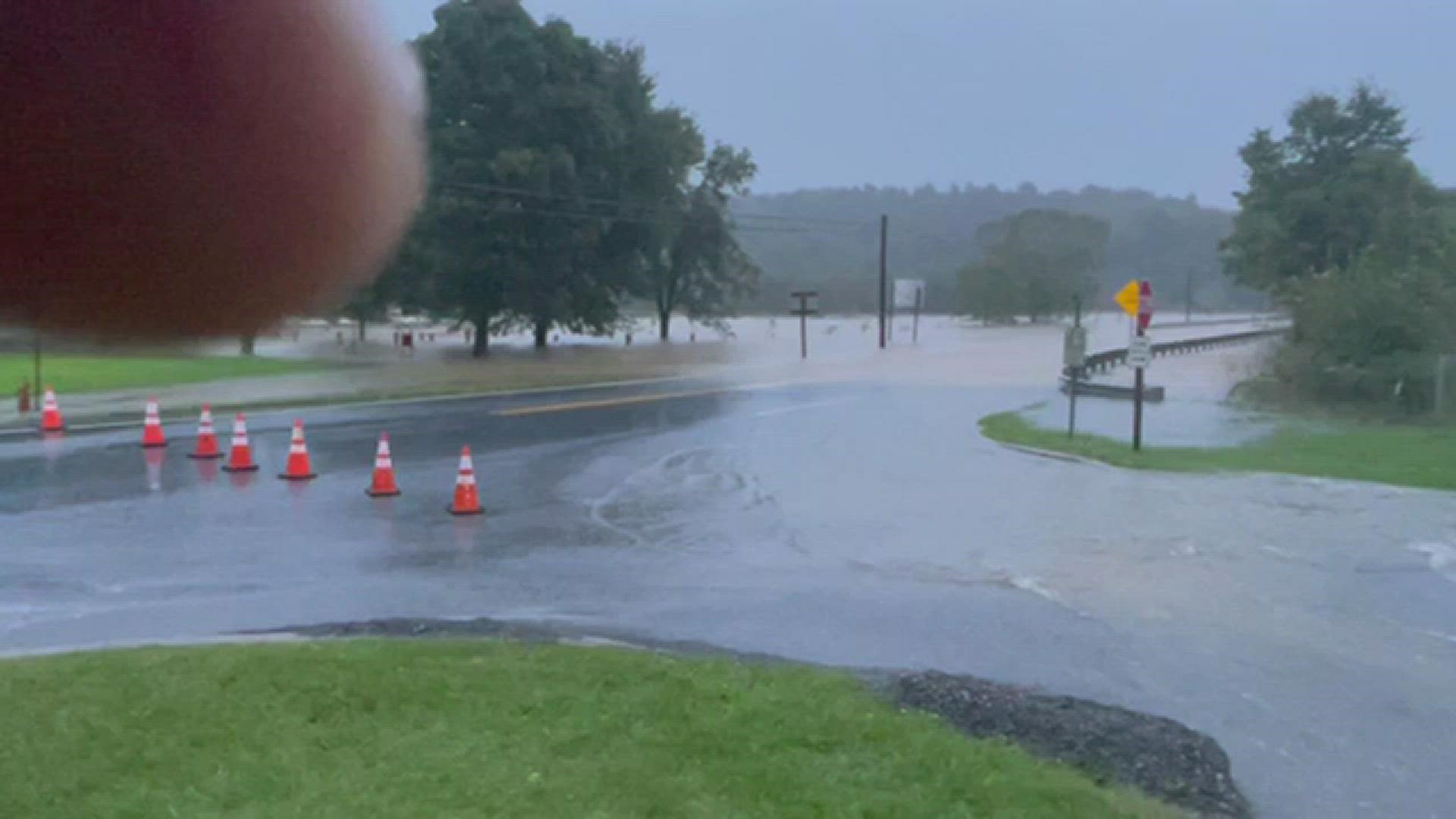 Numerous swift water rescues have been reported in the region including in Montgomery County at Beach Drive and Connecticut Avenue, in Walkersville in the 9900 block of Daysville Road at Cabbage Run and in Libertywon in the 8900 block of Jones Road.

Track the latest updates below:

Click here to check the Dominion Energy outages in your area.

Click here to check the Pepco outages in your area.

Here's a look at road conditions in Frederick County, Maryland:

5:20 a.m.-- Lane closed on Beltway outer loop in Bethesda due to a crash near Maryland Route 355 at Rockville Pike.

4:18 a.m. -- Northbound and southbound Route 609  at Reliance Road Route 627 in Warren County is closed due to flooding.

TRAFFIC: Prepare for a RAIN and weather-related hazards this morning! We're already tracking flooding and accidents in the DMV... (4:25am) @wusa9 #GetUpDC pic.twitter.com/RTluqQS77o

5 p.m. --Northbound Montgomery Village Avenue is closed at Wightman Road due to a tree down in the roadway. Authorities are advising drivers to seek an alternate route and expect significant delays.

5 p.m. -- On West Bexhill Drive and East Stanhope Road a tree is down, which has resulted in downed wires. Drivers can expect the road to be blocked.

5 p.m. -- On Brink Road near Cozy Court a tree has fallen down across the road, leaving wires down. The tree struck a vehicle, but no injuries have been reported. Drivers should expect some lanes to be blocked.

5 p.m. -- at the 4400 block at Gridley Road near Middle Road in Viers Mill Village, a large tree has fallen down across a road. High tension wires are down, which has left power out in the area and the road blocked.

5 p.m. --A large tree has also fallen, leaving a utility pole damaged along with wires down, in the 8200 block of Ellingson Drive, Near Colston Drive. All commuters should expect for the road to be blocked.

In Montgomery County, a tree fell, narrowly missing a house in Leland Court near Leland Street in Chevy Chase. Wires are now down as a result.

A tree also fell onto a house at Turnham Court off Redding Ridge Drive.

A large tree is blocking the roadway at Burke Lake Road and Coffer Woods in Fairfax County. WUSA9 Nicole DiAntonio said power lines are also down.

Heavy downpours will make for a messy commute this morning. Here is a live look from our @wusa9 vehicle driving through Burke, Va. We are tracking the flood warnings across the DMV. Team coverage on #getupdc pic.twitter.com/7I74UeEycv

RELATED: Flash Flood Watch for most of the DMV. Here's the forecast

RELATED: TIMELINE: Here's when the rain will be heaviest across the DMV

Frederick County Public Schools in Maryland is also closed Thursday due to inclement weather and road closures in the area.

Due to inclement weather and road closures in the area, Frederick County Public Schools will be closed Thursday, September 23, 2021. Offices will be opening 2 hours late. All after school extracurricular activities are cancelled. 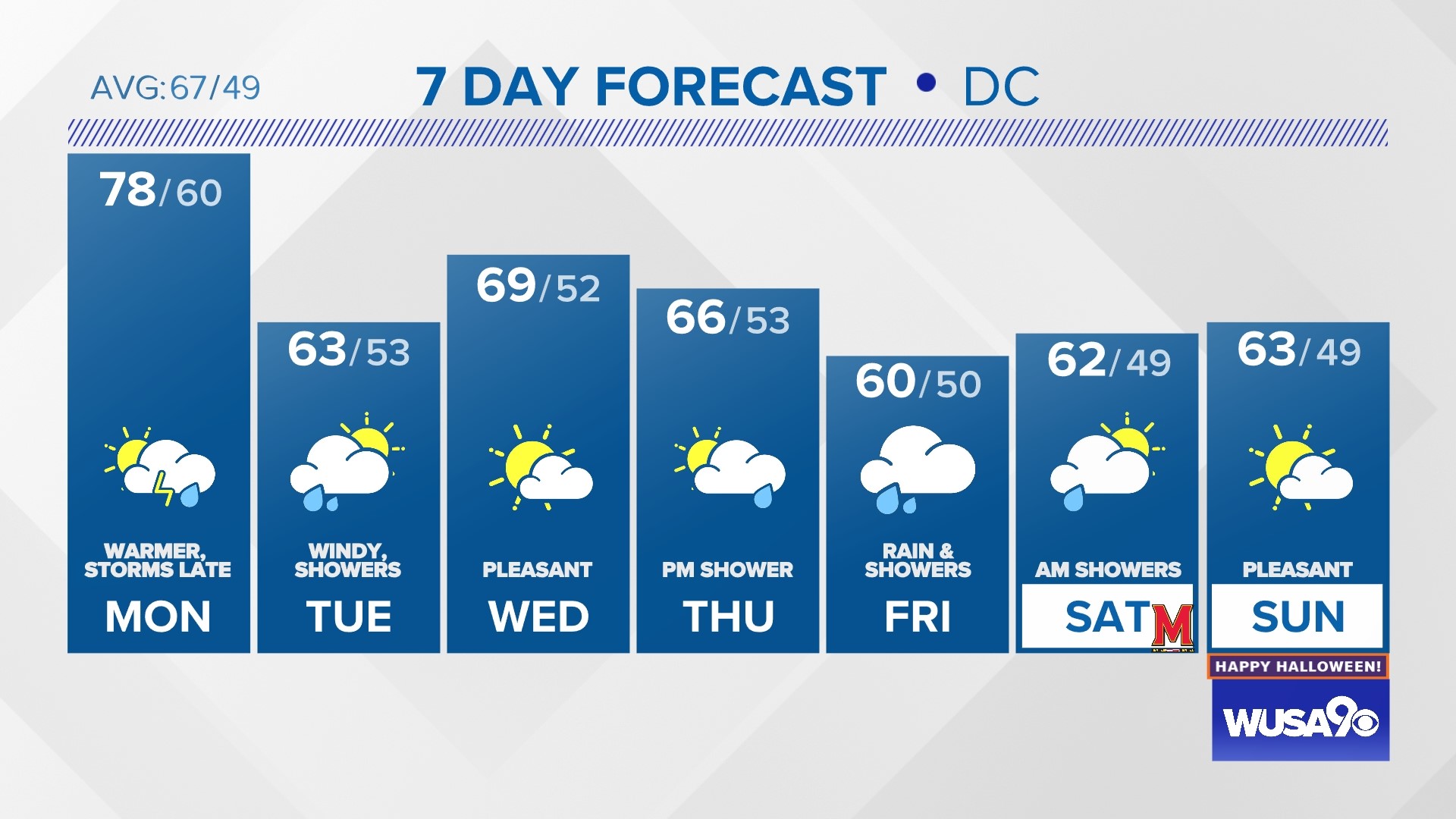 Very warm Monday with strong to severe storms at night