Storm of the Century: Remembering the superstorm of 1993

The size and scope of the Blizzard of '9 was staggering, affecting 26 states. 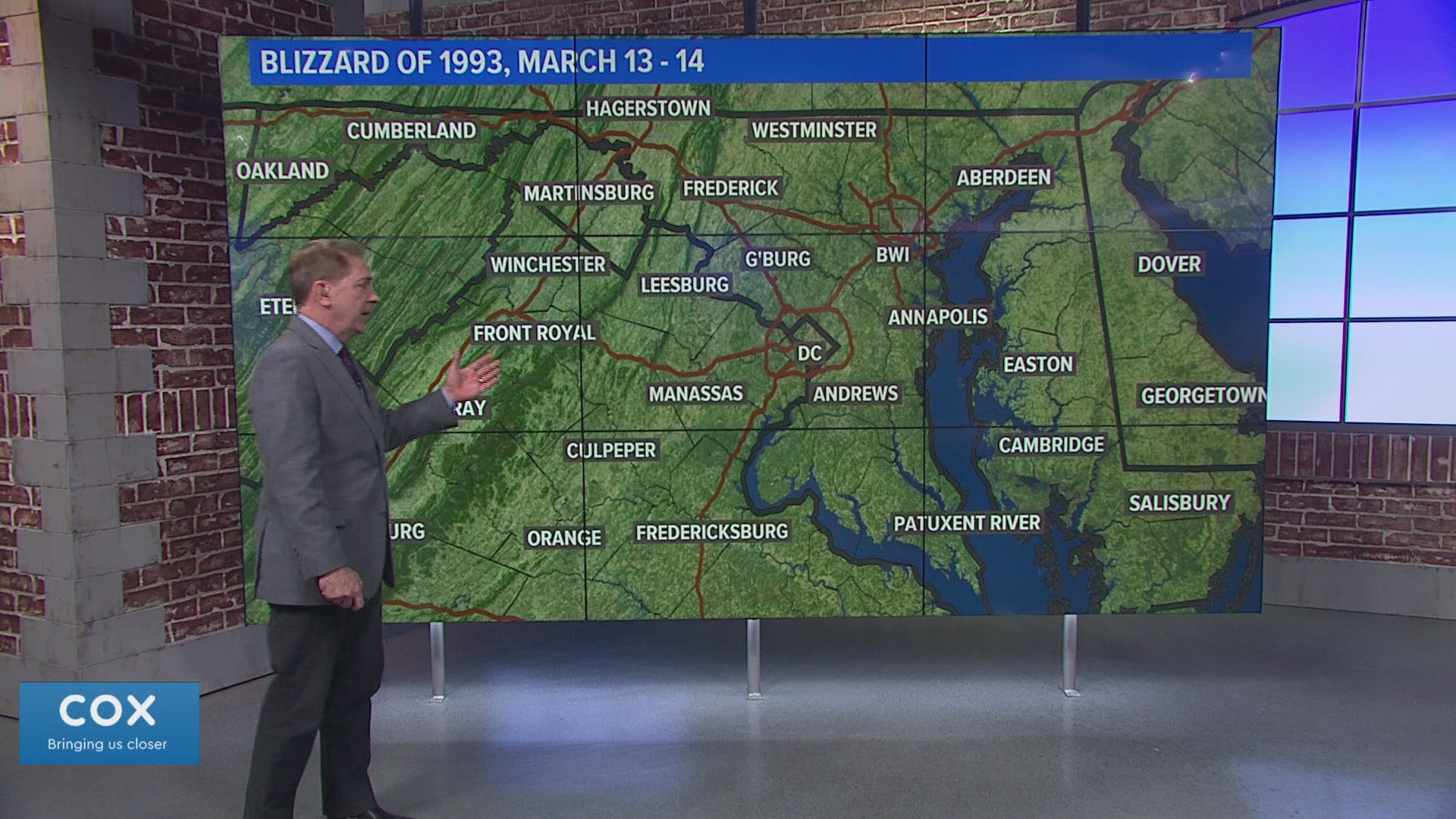 On March 9, my second daughter was born, with the Blizzard of ’93 just four days away. The superstorm of 1993 was on the computer models for 10 days straight.

The position and strength wavered very little in those 10 days. Model consistency over a 10-day period is rare, especially given the fact we're talking about less refined models from 25 years ago. In fact, the model that tracked the storm with great accuracy does not even exist today.

I couldn’t work the days leading up to the storm with the new addition to the family. We had a new baby, a sick two-year-old and my mother in law was visiting. I returned to work the Monday after the Blizzard and tried to put things in perspective.

The storm did not produce a great deal of snow in the immediate Metro area, mainly due to the mixing of sleet with the snow. National Airport recorded only 6.6 inches, while Dulles measured 14.1 inches.

I tried to explain on the air that in terms of pressure, this was the strongest winter storm ever recorded on the East Coast. National Airport set a new low for barometric pressure at 28.54”.

Our weather watchers to the west, who received all snow, were buried under 40 inches. Snow fell from Alabama to Maine, with Birmingham, Alabama receiving 15 inches, and Chattanooga getting a record 20 inches. Syracuse received 43 inches. In the Smoky Mountains, five feet of snow fell with an official count of 49 inches on Mount Mitchell, NC.

The storm caused $6 billion in damage in 1993 dollars.

This blizzard is not even in the top five biggest March snow storms in DC.

On the warm side of the storm, damaging winds and tornadoes were found. A storm surge occurred in northwestern Florida drowning several. A derecho hit Florida producing 100 mph winds and spawning 15 tornadoes.

More people drowned from these storms than from hurricane Hugo and hurricane Andrew combined, with the final death toll in Florida was 44.

RELATED: This winter was the 7th warmest on record for DC