Downed trees, power outages across the DMV after severe winds

As of Saturday afternoon, more than 3,000 people still don't have power. 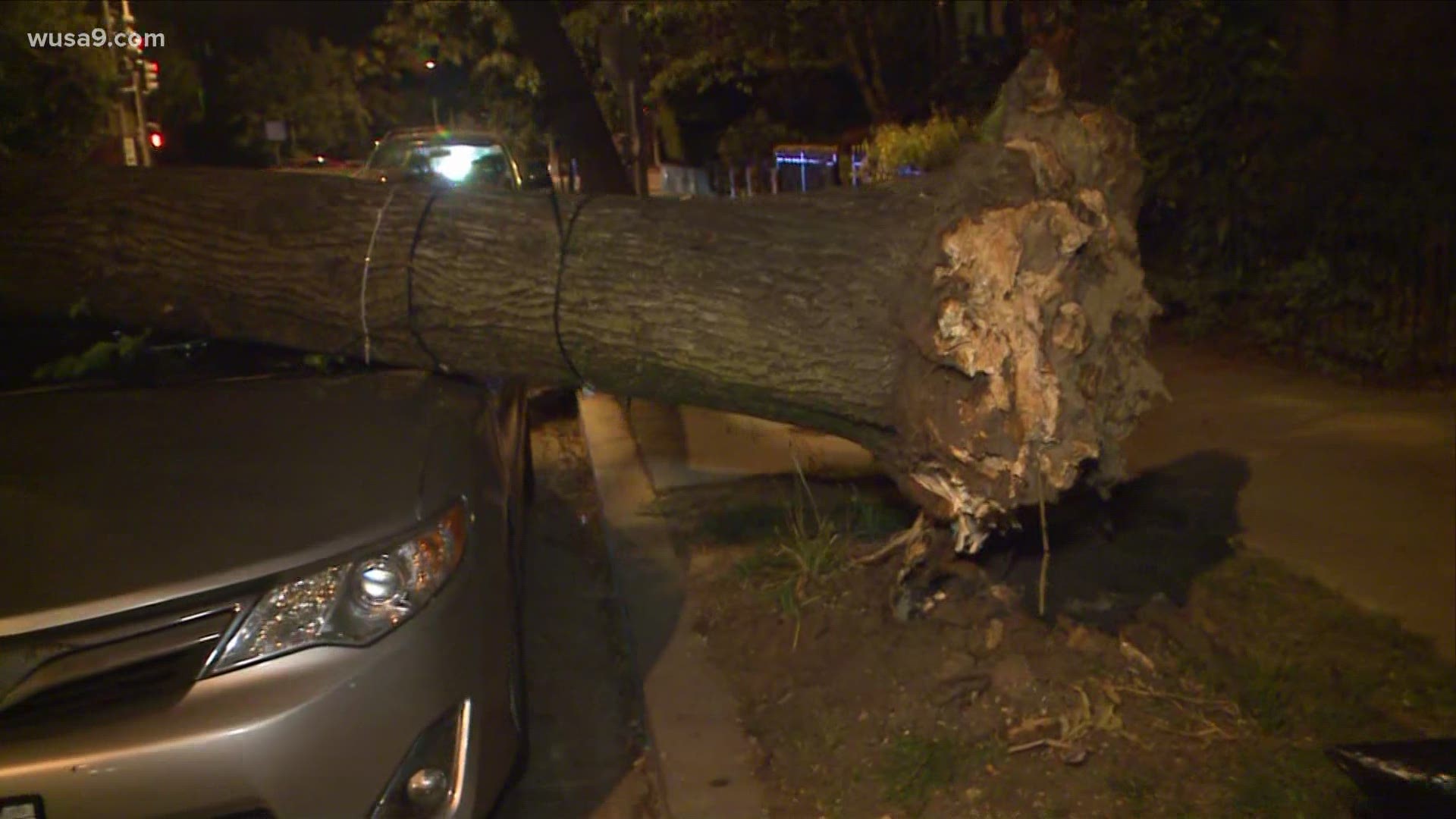 On Friday afternoon, the National Weather Service upgraded the D.C. Metro area to a High Wind Warning -- meaning that sustained winds are between 25 and 35 mph with gusts up to 60 mph.  A Wind Advisory was issued for the rest of the DMV.

Both the warning and advisory expired Saturday morning.

As of Saturday afternoon, there are nearly 3,000 power outages still in Virginia due to these high winds.

The wind brought down part of a tree that blocked Yuma St. near 44th Street in Tenleytown.

Another viewer snapped photos of a downed tree off of R. St. between 13th and 14th Streets in NW.

How windy is it in DC you ask? @PoPville Seen on R St between 13th and 14th. pic.twitter.com/FCZ0KGFvzX

Later in Bethesda, a large tree fell on top of a house off of Newington Road and Marengo Road. Montgomery County Fire and EMS Public Information Officer Pete Piringer said there were no injuries to report at this time.

Between 5 p.m. and 6:30 p.m., Montgomery County officials received and handled more than 100 calls -- mostly due to weather in the area.

Earlier Friday, multiple cars were damaged due to a fallen tree on the Outer Loop of the Beltway near Rockville, Maryland State Police said.

The incident happened just after 11 a.m. on the Outer Loop of Interstate 495 before Old Georgetown Road, police said. The downed tree shut down lanes on the roadway for around 30 minutes.

All lanes have since reopened.

No injuries were reported, according to Maryland State Police.

RELATED: Multiple cars damaged, road blocked due to fallen tree on I-495