Parts of the DMV might see a few flakes Friday night

Unusually cold air heads to the DMV to start this weekend with temperatures 20 degrees below average. 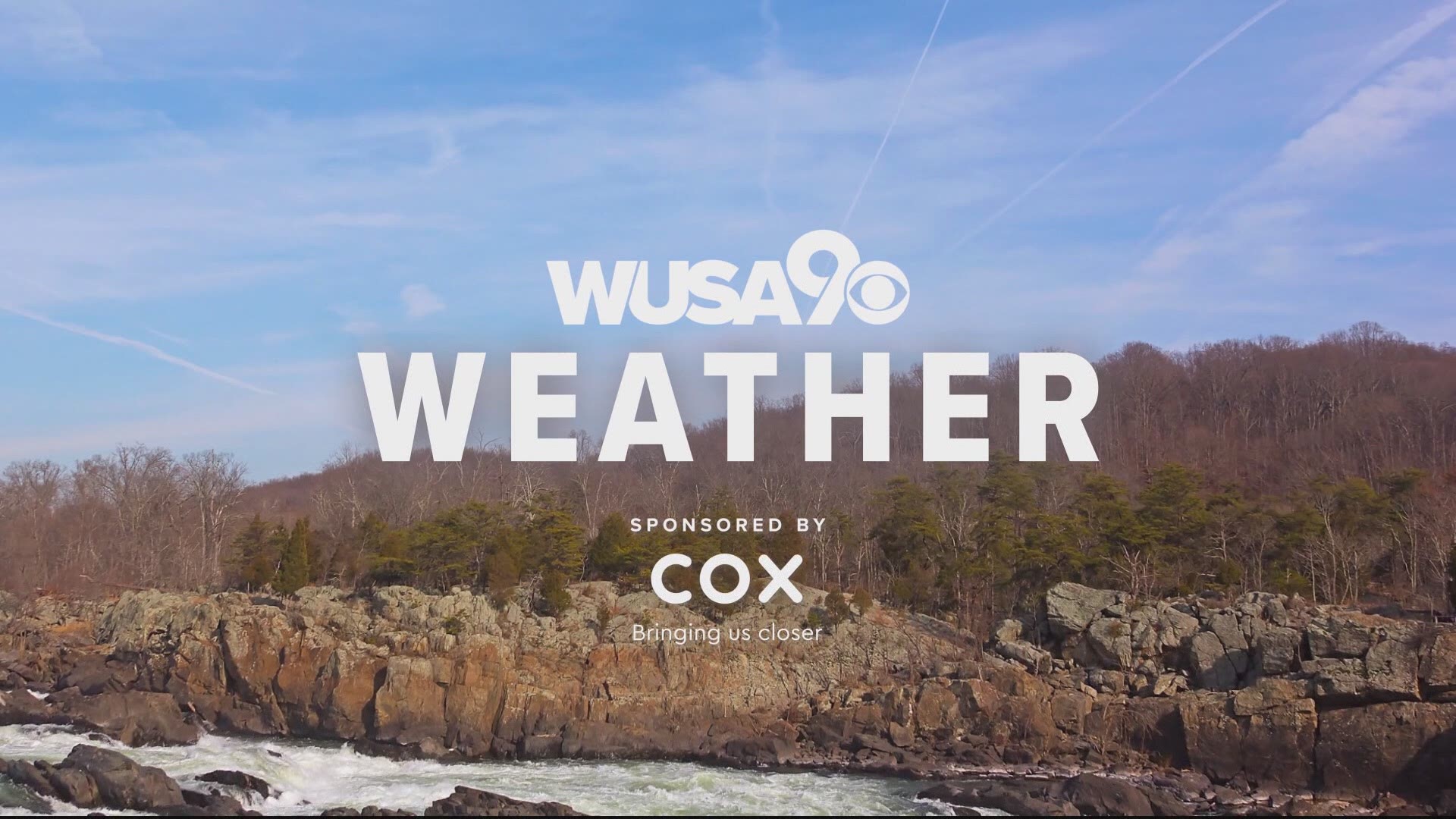 WASHINGTON — Sure, it's spring, but don't be so quick to pack away your sweaters just yet.

A blast of cooler air is heading our way this weekend and it will send temperatures at least 20 degrees below average. We'll see a high around 50 with lows dipping to the 30s in most spots, which could lead to, yes, some snow in May!

Friday night as the cold air is rushing in we could get a few wet flakes.

It will mainly be north and west of D.C. I don't see many flakes making it to the city.

You may get some snow and rain as far east as Frederick, northern Montgomery, Loudoun and Baltimore counties.

How unusual is snow in May ?

Why is it so cold ? Well, the jet stream is dipping very far south for this time of year. We were in a 'spring' pattern in January and February but not we are in more of a 'winter' pattern.

The National Weather Service has issued a "Freeze Watch" for areas west of D.C.

What's Up With This Cold?

RELATED: What will the weather be like on Mother's Day?

When Is It Going To Warm Up?

By Sunday, highs will be back in the 60s. The outlook from the Climate Prediction Center shows that we will start to see some consistently warm temps in the next 8 to 14 days. Hang in there, we'll thaw out in no time.