The I's Have It: How Isaias compares to past storms that impacted the DMV 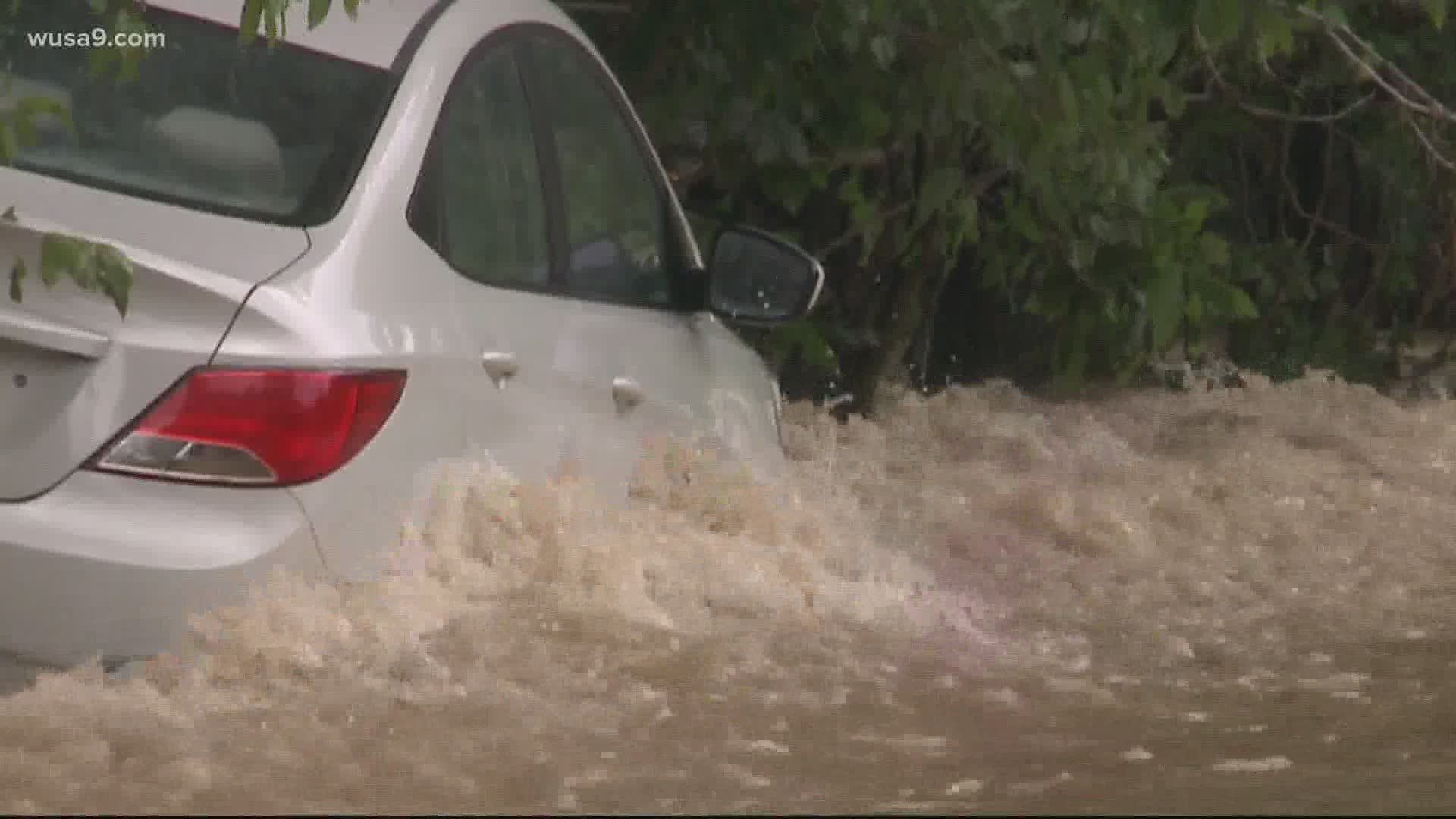 WASHINGTON — Hurricane Isaias certainly made its presence felt in the eastern United States. It gave the east coast of Florida a glancing blow before making landfall near Ocean Isle Beach, North Carolina on Aug. 3, as a Category 1 hurricane with sustained winds of 85 mph.

Quickly moving northward, its impacts were felt in the DMV with heavy rain, gusty winds and a number of confirmed tornadoes.

Landfalling tropical systems often spawn tornadoes as the rotation of the storm’s circulation interacts with a land mass. Such was the case across the Mid-Atlantic with two confirmed tornadoes in St. Mary’s County and a third in Calvert County, Maryland. Tornadoes spawned by tropical systems tend to be short-lived and weak, but are often just as dangerous as stronger tornadoes since they tend to be obscured by heavy rain.

The tornadoes that developed in Maryland were either minimal EF-0 or EF-1 tornadoes with wind speeds of up to 110 mph. The National Weather Service is still investigating storm damage and it’s possible there were more tornadoes in the DMV.

Others tornadoes spawned by Isaias occurred in North Carolina and southern Virginia as well as on the Eastern Shore. 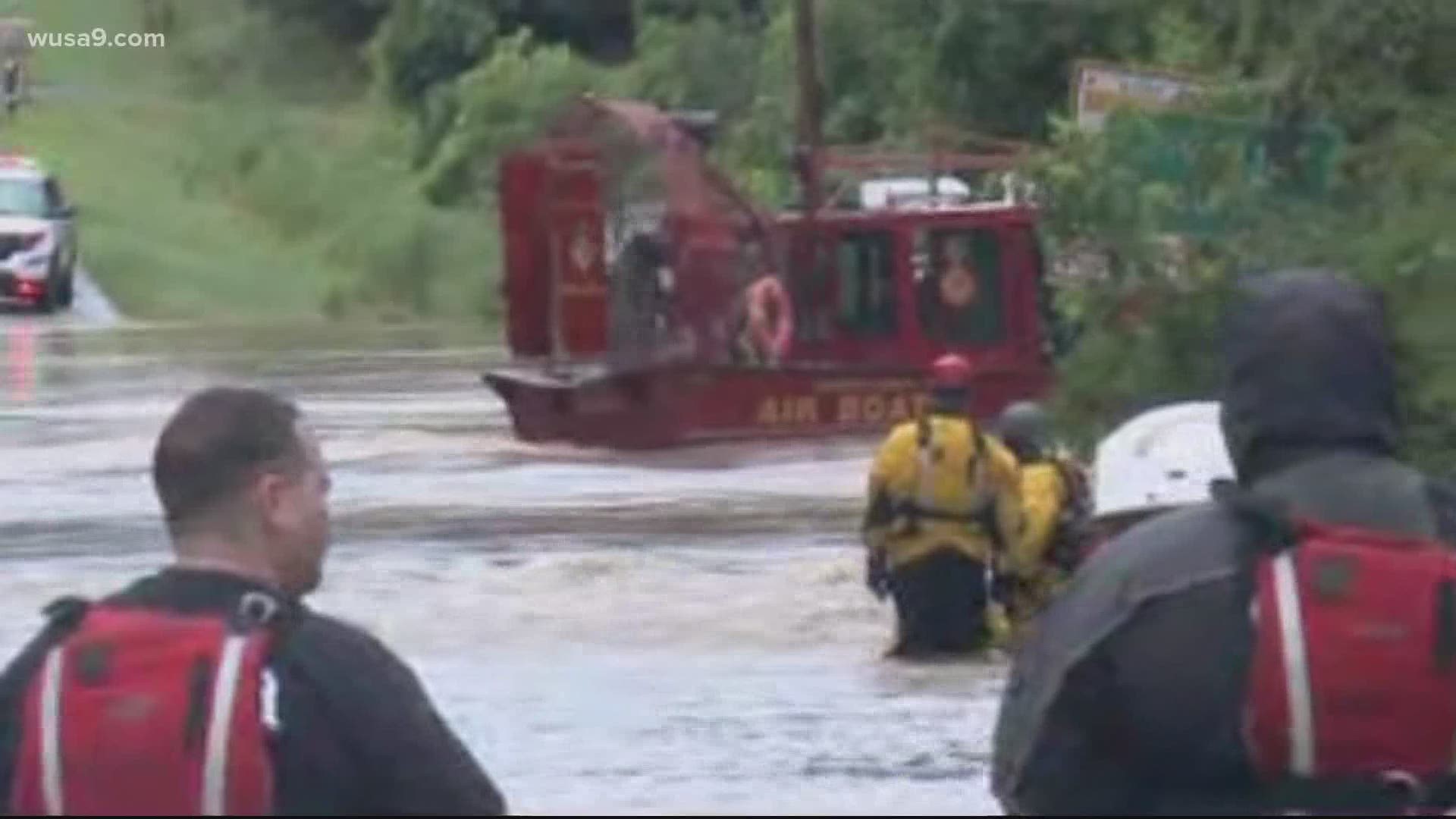 As significant as Hurricane Isaias has been for the Mid-Atlantic region the last few days, there have been some even higher impact storms. Two in particular stand out and, by coincidence, they were also the “I” named storms of their respective seasons.

Some D.C. residents may recall Hurricane Irene in August 2011. Irene made landfall near Cape Lookout, North Carolina on Aug. 27 as a Category 1 storm and moved northward.

Irene’s most significant impacts in the DMV were widespread tree damage from heavy rain and gusty winds as high as 60 mph at National Airport and 73 mph at the Francis Scott Key Bridge in Baltimore.  Nearly 4 inches of rain occurred at National Airport, while almost 5 inches fell at BWI Airport.

RELATED: Washed out roads cut off entire communities in Calvert County after Isaias

Longtime Washingtonians may also recall the significant impacts that Hurricane Isabel brought in September 2003. Isabel also made landfall in North Carolina and quickly weakened below hurricane intensity as it tracked northward.

Unlike Isaias and Irene, Isabel was a stronger storm when it made landfall and its center tracked west of the District. That meant the DMV  felt the highest winds since it was on the stronger east side of Isabel.

Consequently, one of the largest power outages on record occurred in D.C. with more than one million customers without power.

The names “Irene” and “Isabel” were subsequently retired for being destructive and deadly. It remains to be seen whether the World Meteorological Organization does the same with “Isaias.”

The next tropical storm to develop in the Atlantic Ocean this summer will be given the name “Josephine.” 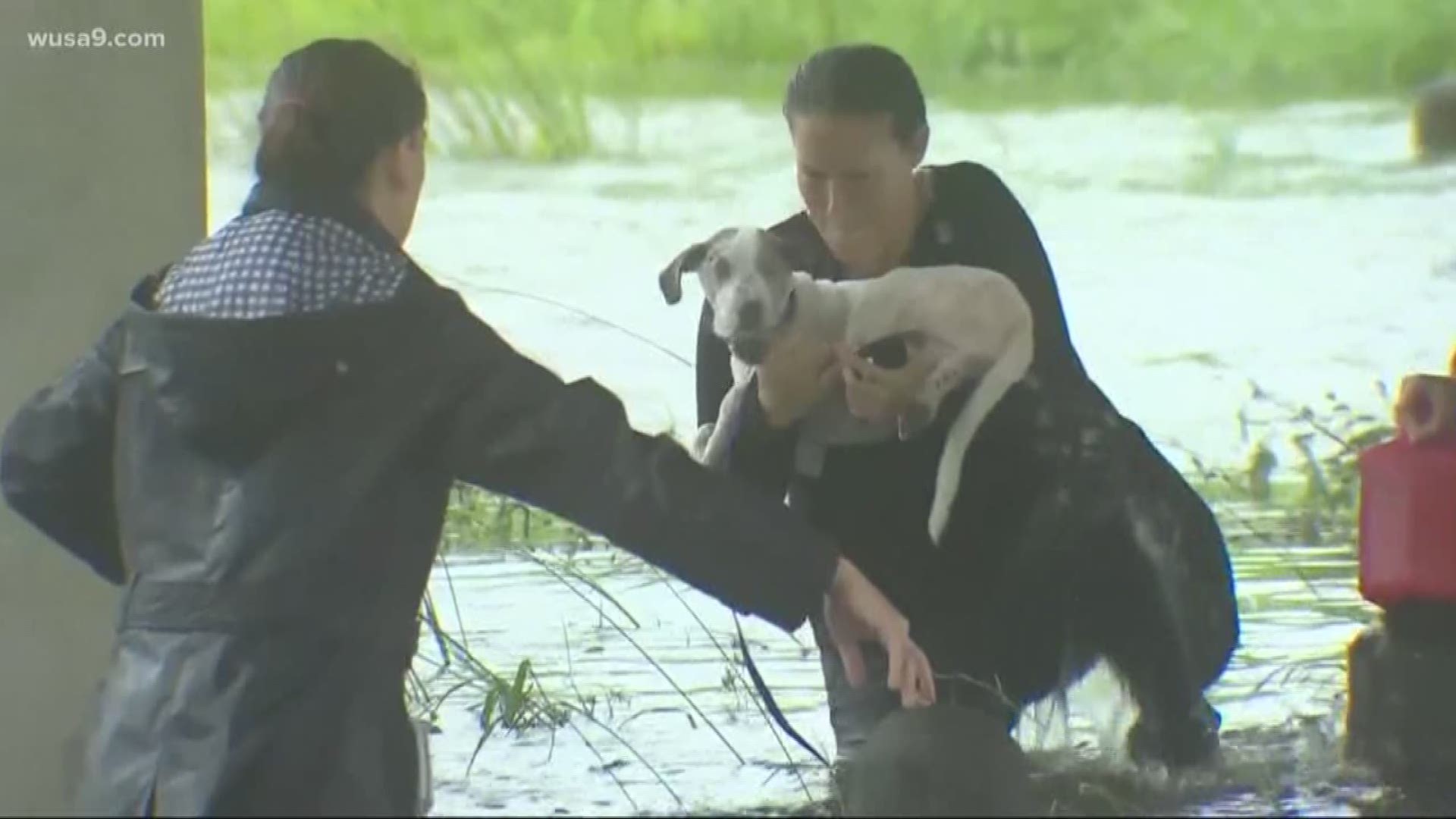