Dust from more than 5,000 miles away may be an irritant to some people as it moves into the DMV. 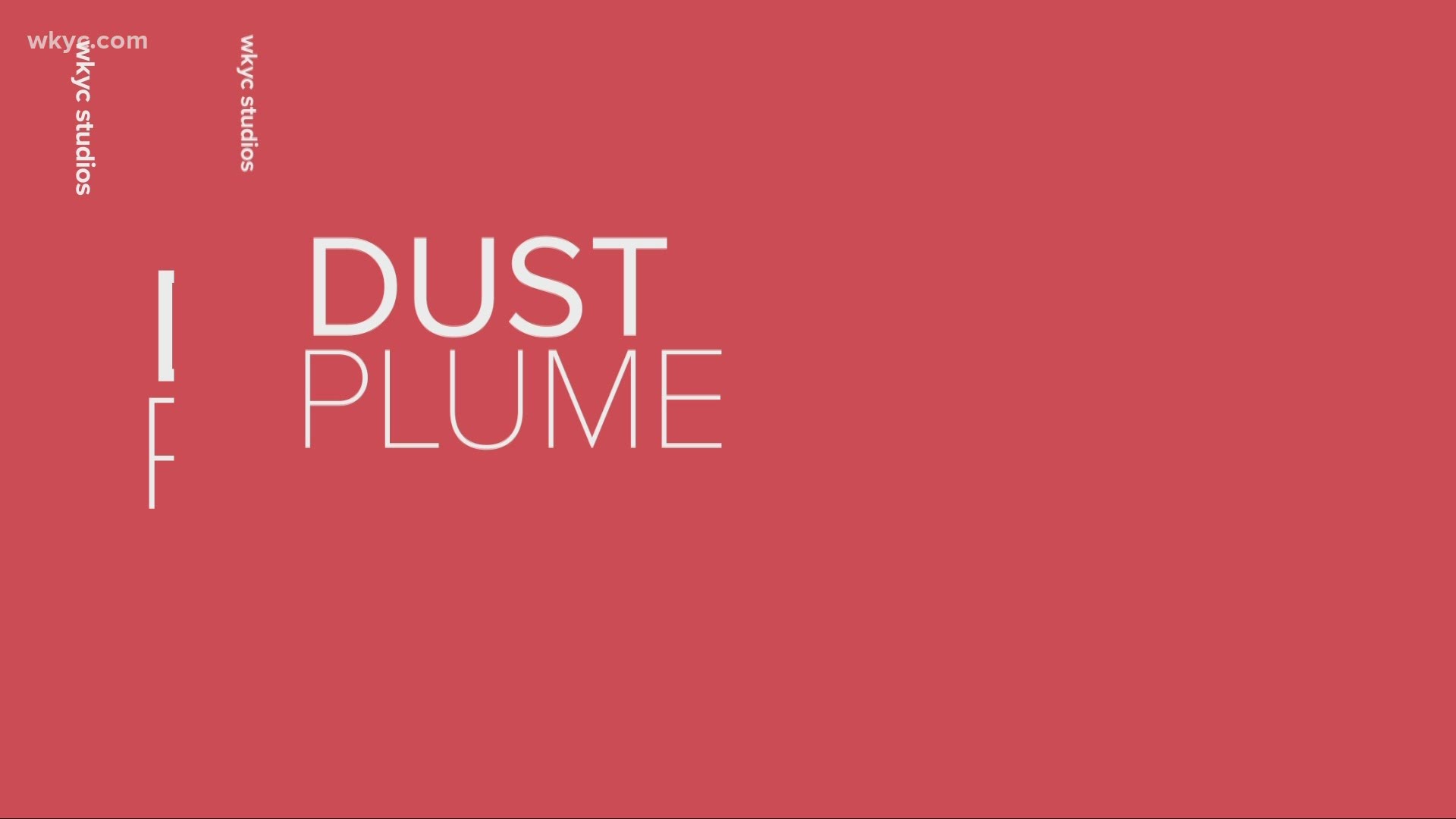 WASHINGTON — Among all of the other unprecedented things happening in 2020, we can now add Saharan dust to the list.

Dust from the Sahara desert is not uncommon. It typically blows across the Atlantic Ocean and spreads to the Caribbean, and sometimes the Gulf States. What's not typical is the size of this dust plume and the fact that it's making an appearance in the DMV.

RELATED: Massive amounts of Saharan dust could make it all the way from Africa to the DMV Sunday

RELATED: A huge Saharan dust cloud is approaching; here's when it will arrive in the US

"This amount of dust and the sheer area that it is covering is enormous this year.  This is unique," said Sunil Kumar, Principal Environmental Engineer at Metropolitan Washington Council of Governments.

"I have never seen anything like this," she continued. "This is the first time the plume will actually be reaching us, in small quantities. That never happened, at least in the last 20 years. "

The dust is expected to impact the DMV this weekend.  Overall,  the dust cloud will be lighter over the D.C. area than in the Gulf States and the Caribbean.

Kumar and his team will monitor the air quality closely as some of the dust makes its way to the DMV.

WATCH: Late last weekend, some of the dust hit near Atlanta 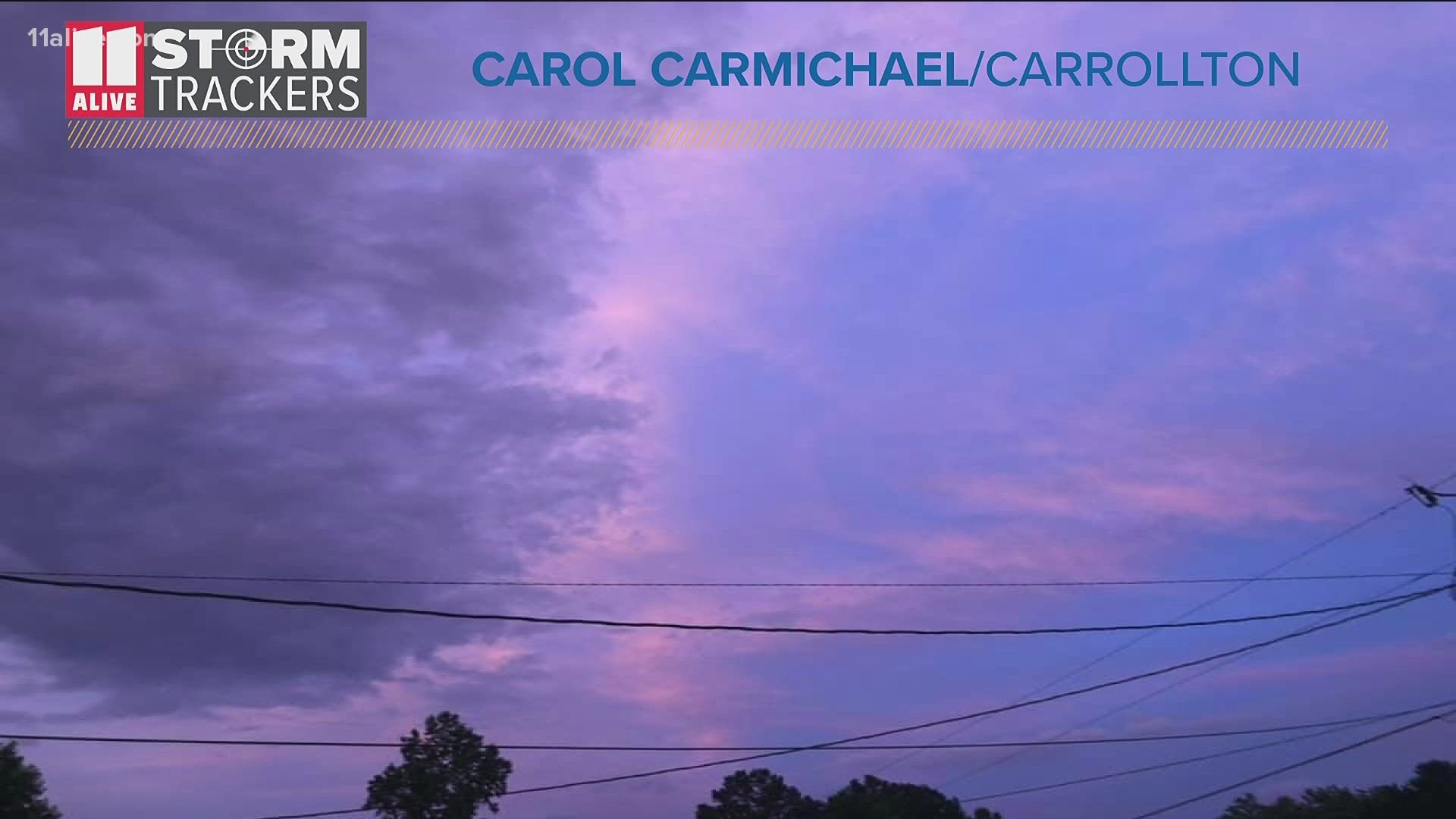 While the dust is known to limit tropical activity and help the facilitate  spectacular sunrises and sunsets it also comes with health hazards.

"Up until now, the air quality has been vastly better in the last 3 months because everybody has been staying home. So there's fewer cars and people out on the road," said Dr. Purvi Parikh, an adult and pediatric allergist and immunologist at Allergy and Asthma Network.

Parikh said the dust cloud can be an irritant or cause allergic reactions for some people.

"Because of the irritant effect, for some people, it can make your eyes itchy, watery. It can cause nasal congestion, mucus and you can even have trouble breathing. That's where you have to be careful. Things like coughing, wheezing, chest tightness," Parikh said.

Dr. Parikh said people with underlying health issues, such as lung, respiratory issues and COPD may want to monitor the air quality and stay indoors.

She emphasized that even people who are otherwise healthy can have a reaction to pollutants such as dust and smoke.

"With all the wildfires in Australia, even pro athletes like tennis players were having asthma attacks and they were very healthy people that normally don't suffer from those things.  Even someone who wasn't susceptible before might get a coughing fit or an asthma attack. "

"It underscores the need for using a face mask or face covering, not only for obviously, COVID 19, but it will protect you from the dust particles as well. "

Fuel for bacteria in the water

A study published in 2016 study found that dust from the Sahara desert can also fuel the growth of vibrio bacteria in oceans.  Vibrio is a harmful bacteria typically found in saltwater or brackish waters (a combination of salt and freshwater) .   This type of bacteria is present in the Chesapeake Bay.

Vibrio, in particular, vibrio vulnificus can cause "flesh-eating" like skin infections when people enter the water with a cut or scrape and the bacteria enters the body.  Vibrio parahamaliticus can also cause cause

Experts do not believe that this dust cloud over the region will have a huge impact on vibrio growth in the Chesapeake Bay.

"I think the likelihood of a major, observable increase is unlikely, but the general composition of nutrients to the bay's system should not be discounted," said Dr. Rita Colwell, a microbiologist and leading expert on vibrio. Colwell is a distinguished professor at the University of Maryland College Park.

Colwell said the dust could fuel a minor increase in vibrio in areas of the Bay where vibrio has already been popular, but it's not likely across the entire Chesapeake Bay.

RELATED: Massive amounts of Saharan dust could make it all the way from Africa to the DMV Sunday

RELATED: A huge Saharan dust cloud is approaching; here's when it will arrive in the US