A great start to the week then some big changes. Here's your forecast

Coolest air of the season on the way. 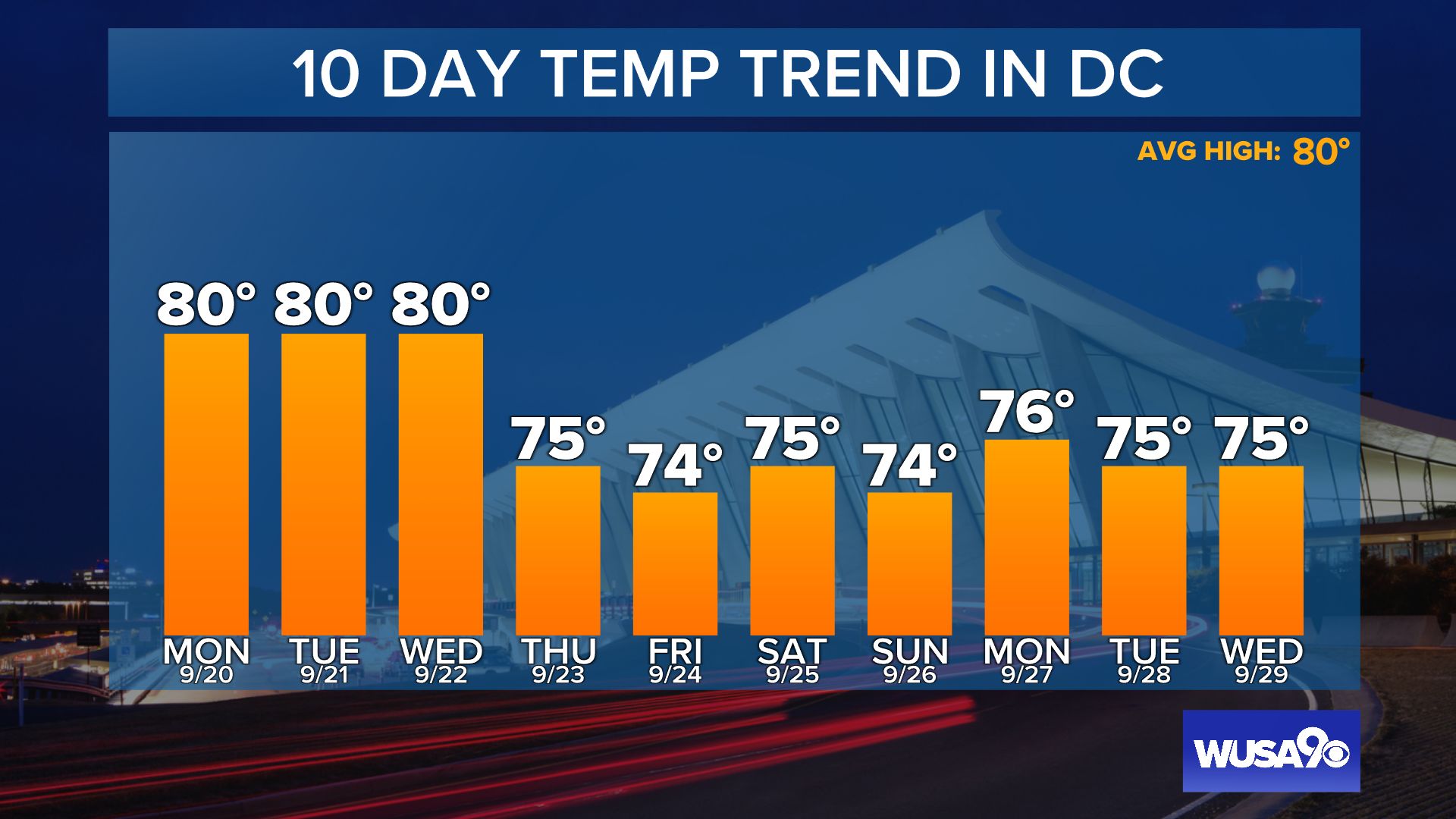 WASHINGTON — Comfortable tonight and a nice start to the week. Outdoor plans are safe Monday and most of Tuesday.

A bit cooler tonight with lows in the 50s and 60s. We'll have a pleasant start to the week with highs in the 80s Monday and Tuesday. You will notice clouds on the increase Tuesday and a few showers mainly Tuesday evening and particularly Tuesday night.

Active weather returns as Fall arrives Wednesday, Sept. 22 at 3:21 p.m Showers and a few storms will be around for most of Wednesday especially in the afternoon. Our first full day of fall, Thursday, will be rather cool with highs only in the low to mid 70s.  with more showers and storms.  Cooler nights and mornings will make it feel like fall behind this cold front.  Overnight lows will drop to the 50s in most areas. We dry out Friday with highs in the 70s and lows in the 50s.