The worst flood in Ellicott City was in 1868, where 42 people died. 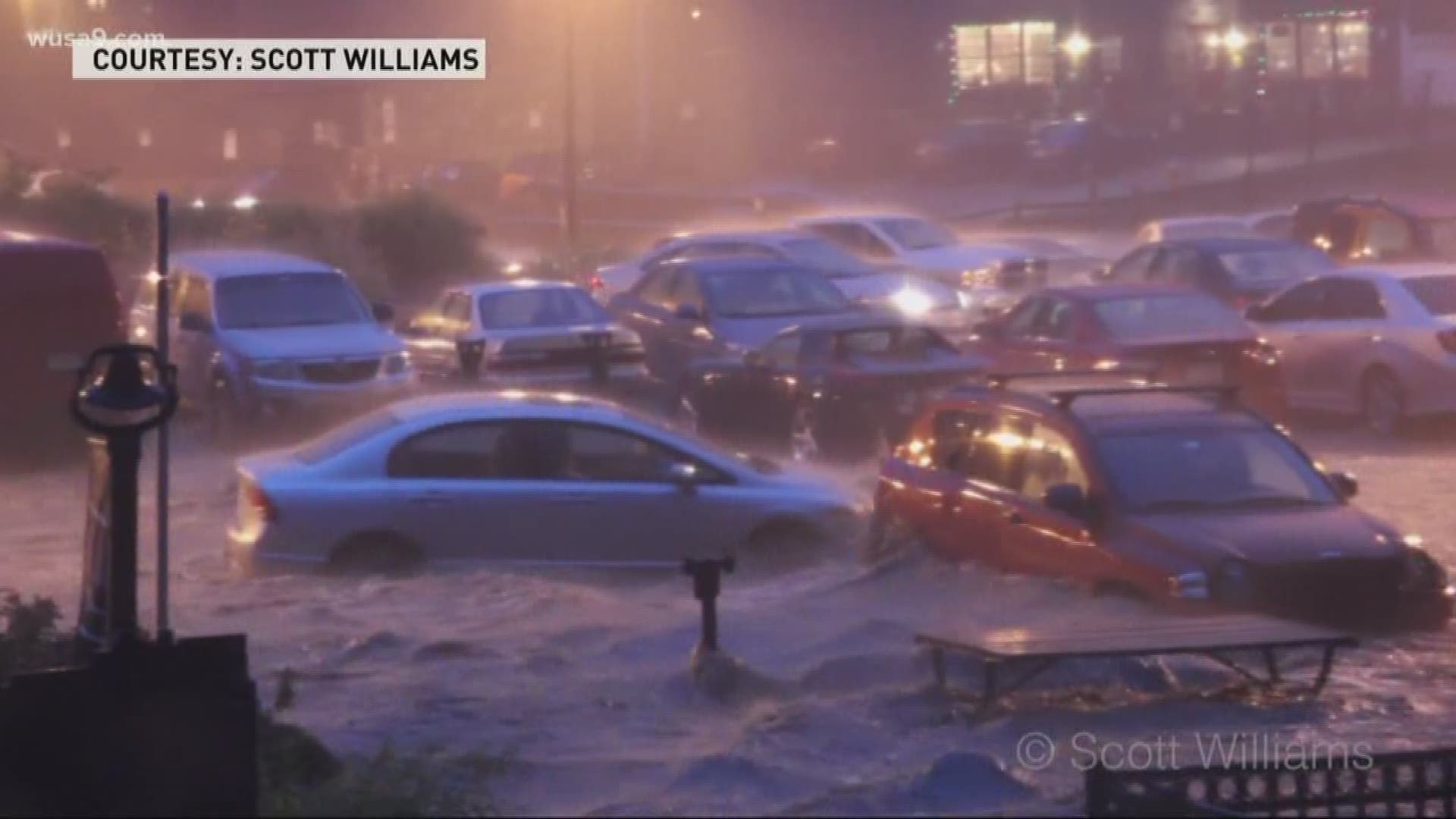 The town has a population of 70, 000 people. With most residents living close to Routes 29, 40, and 100. Those people are largely unaffected by this weekend's flooding.

The area that flooded is confined to the small historic downtown section of Ellicott City. An area where dozens of businesses, restaurants and tourist sites are located.

RELATED: Ellicott City flooding: Why it's prone to such catastrophy

Since it was founded in the late 1700's, Ellicott City's residents have been through 18 major floods.

For historians, documenting the heartache and devastation of Sunday's flood is nothing new.

Howard County historian Shawn Gladden has dedicated his life to preserving this rich history of Ellicott City. Since record keeping began in 1789, he said it's a community that has survived too many major floods.

It was originally built as the ideal place for a mill town with three sources of water. That made Ellicott City a place that has devastated residents with flooding for hundreds of years.

RELATED: Impact: How you can help Ellicott City flood victims

"If you go back and look through the source material, it's pretty consistent. After each flood, a significant number of people question if this a good place to live," said Gladden.

The worst flood was in 1868, where 42 people died. Gladden said despite the flooding, he hopes residents and business owners have the courage to rebuild.