Until the road is fixed, the residents on the other side had no way to get in and out of the community. 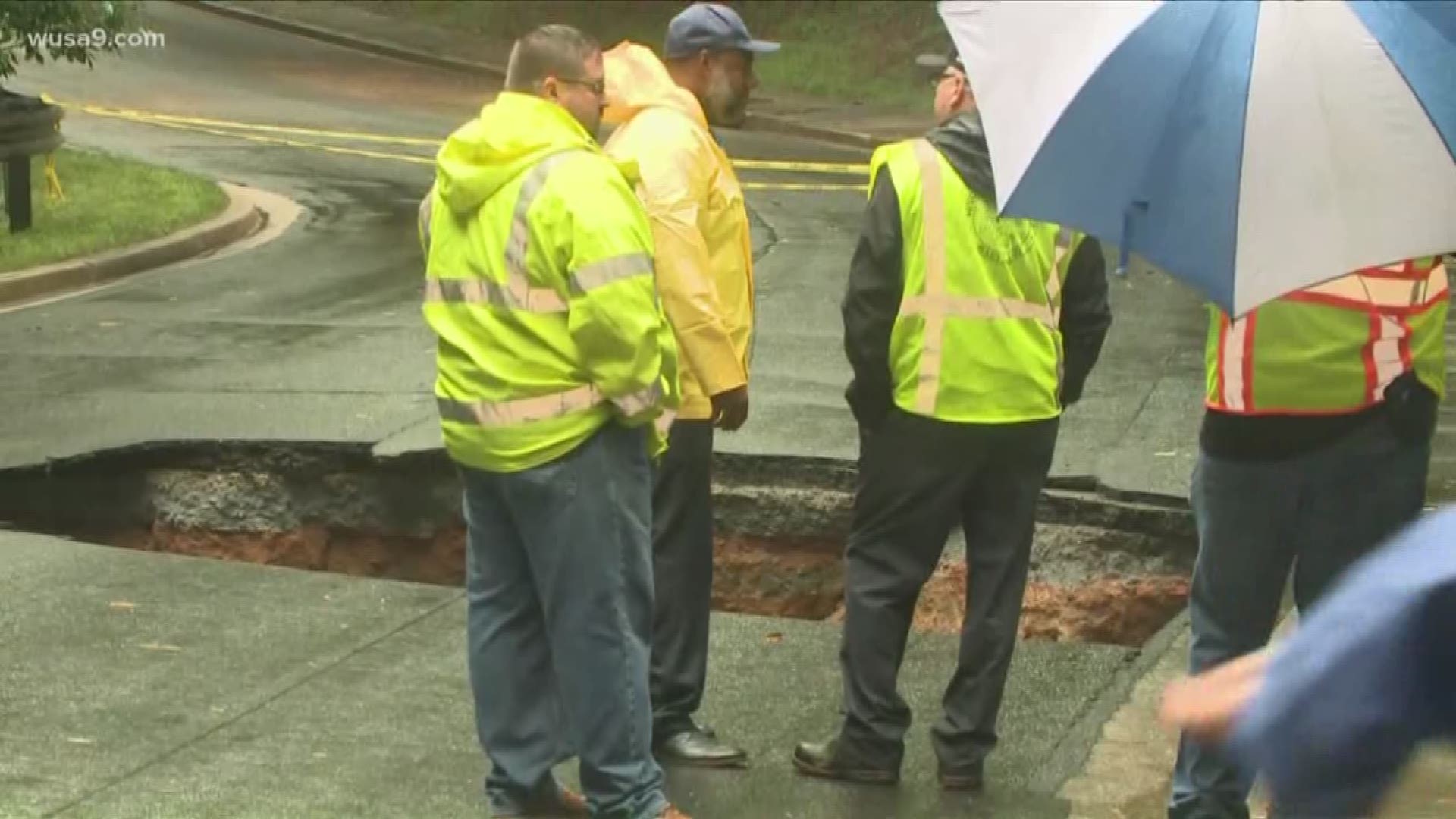 POTOMAC, Md. — Monday morning's commute was a chaotic one due to torrential downpours that swept through the region.

Roads were flooded. People were stranded.

Then a Potomac, Md. community wasn't able to get home after a flash flood washed away the only access road into the community.

The heavy rain caused a massive sink hole to open up on Belfast Road in Potomac, Md. Belfast Road is the only access road into the community of approximately 75 houses. 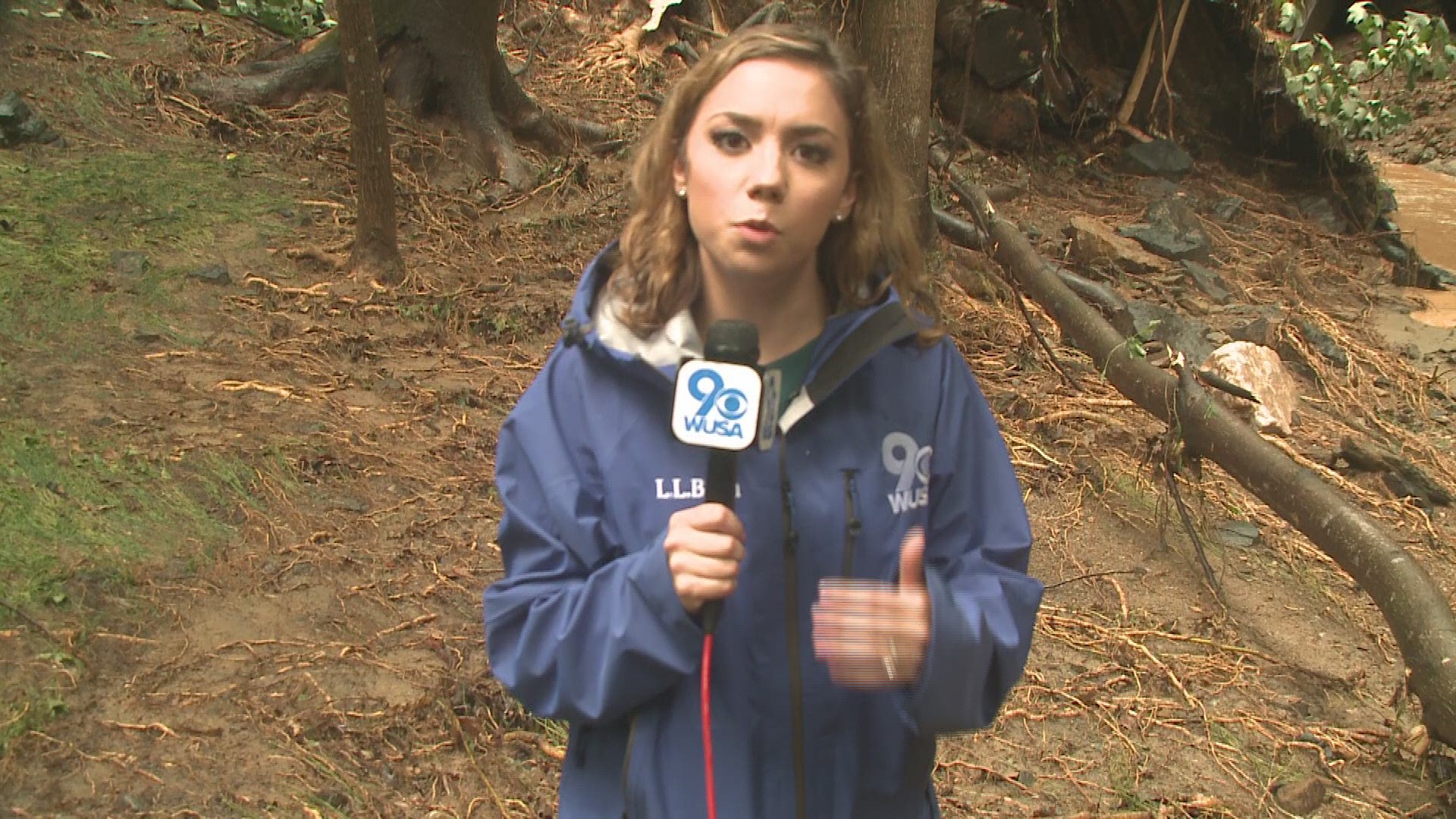 By Monday night, the road had reopened but not before causing a headache for residents trying to return home.

MAP: Which parts of D.C. are most likely to flood?

After a flash flood hit Rockwood Creek, the rushing water compromised the ground and a drainage pipe under Belfast Road.

The severity of the rushing water was too powerful for the drainage pipe and eventually, the pipe gave way. Once the pipe gave way, it picked up everything in its path, leaving a trail of debris and metal that was wrapped around trees.

Officials from Montgomery County Department of Transportation (DOT) said the storm water pipe that failed was slated to be replaced in two to three months.

Richard Dorsey, the chief of the Division of Highway Services for Montgomery County DOT explained they are replacing similar storm water pipes across the county. All of them are about 25-30 years old and at risk for essentially falling apart.

Dorsey said they are replacing the five foot corrugated metal pipes with concrete ones. He said in the case of Belfast Road, the permits had just been approved to replace the pipe that failed.

It is not immediately clear how long it will take for the road to be completely repaid, but crews were out there Monday afternoon filling it with rock.

This story has been updated to reflect Belfast Road has reopened.