Data: Winters in D.C. are getting warmer, less snowy

National Weather Service data shows the average snow has dropped by nearly 10 inches in D.C. over the last 135 years. 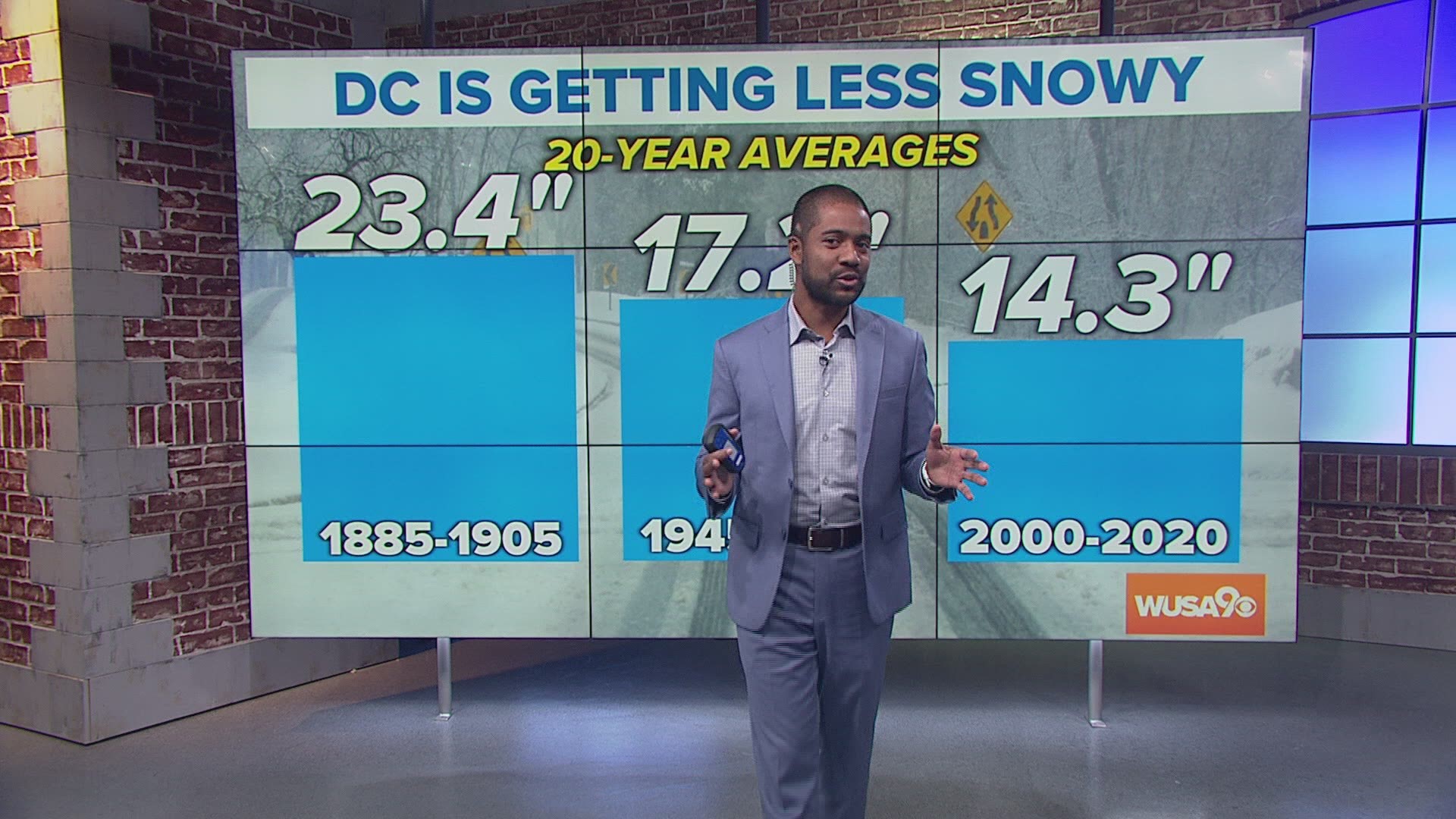 WASHINGTON — A recent post about snowfall trends in Washington, D.C. on Reddit has had a lot of people talking in the DMV.

In the post, a graph is presented using snowfall data in D.C. since 1887. The graph’s trend line shows snow has been decreasing in D.C. over the last 132 years.

We dug into data from the National Weather Service ourselves and found, in general, this is true.

A similar, but less drastic, drop in snowfall has occurred at Dulles, however records there only go back to winter 1962-1963. Snow over the first two decades of records averaged 24.2-inches per winter. Since 2000, the average has dipped to 21-inches.

It’s important to note several things about this data. First, the location of weather recording in the D.C. region has changed multiple times before being moved to National Airport in 1941. This has certainly impacted how much snow has been recorded for Washington, D.C. records, since snowfall is highly variable by location.

Secondly, land use and development has a profound impact on snowfall. The D.C. region has grown immensely, especially over the last several decades. The increased concrete in the form of buildings and roads leads to the urban “heat island” effect. This raises temperatures in cities and can lead to reduced snowfall accumulation.

Lastly, climate change has also likely had an impact on snowfall rates over the last several decades. According to data from Climate Central, winter snow has slowly declined for D.C. since 1970, which compares favorably with the data we observed. Additionally, winters have warmed in D.C. since 1970 by 2 degrees.