A huge Saharan dust cloud is approaching; here's when it will arrive in the US

The robust plume of dust, which was knocking on the southern door of the U.S. late Thursday, has been observed on satellite and felt by many in the Caribbean. 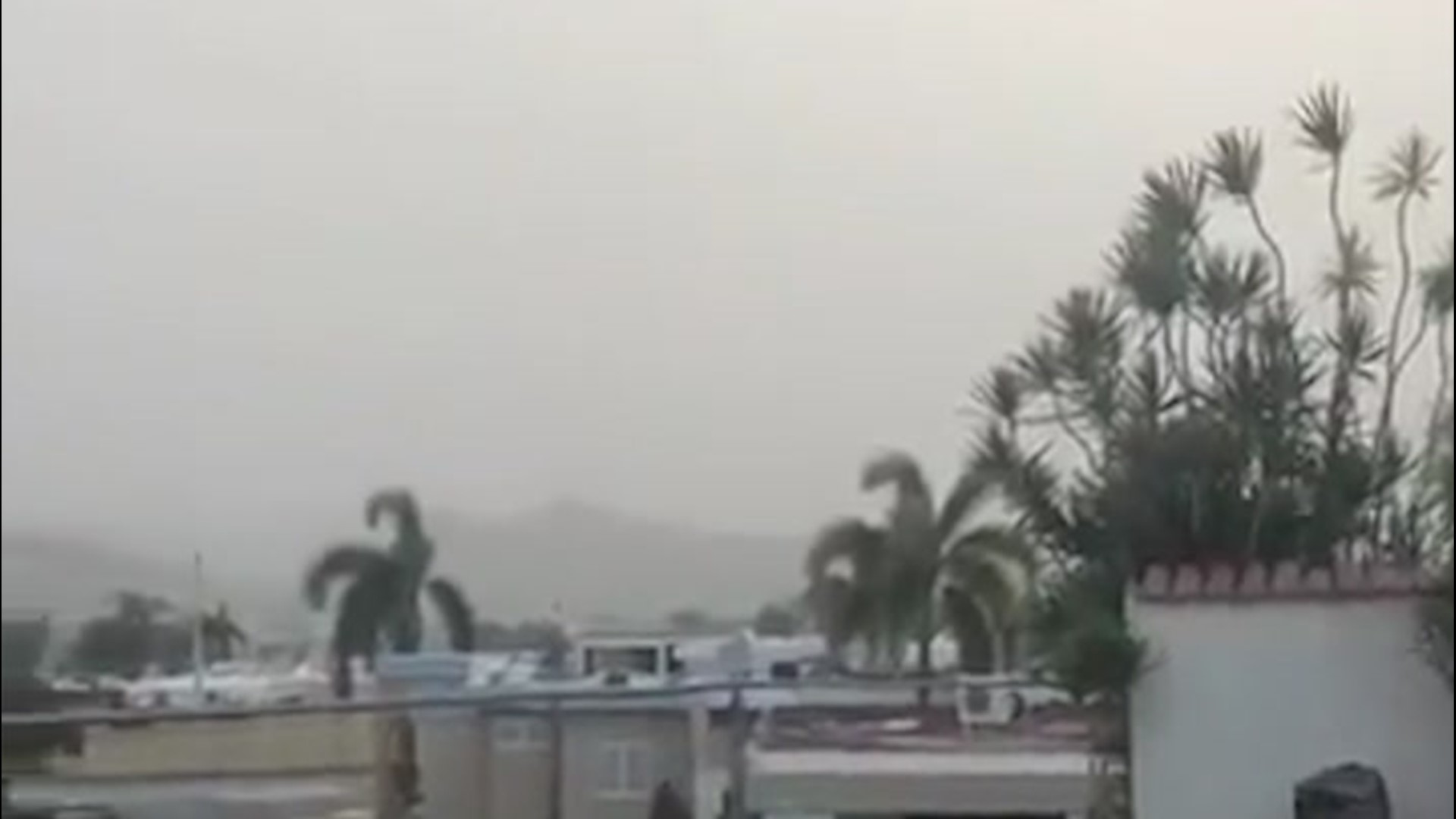 Dust from the Sahara Desert that has been pouring off the western coast of Africa and into the Atlantic has effectively put the Atlantic hurricane season on pause, with the exception of short-lived Tropical Storm Dolly, which formed on Tuesday in the North Atlantic. The dust is forecast to largely impact the Gulf Coast, but could push northward into the airspace above a few other states.

The robust plume of dust, which was knocking on the southern door of the U.S. late Thursday, has been observed on satellite and felt by many in the Caribbean, where it left behind a thin coating on the ground in some areas. The sky turned hazy over the U.S. Virgin Islands and Puerto Rico and visibility was drastically decreased in some areas.

Dust is often pushed off the African coast during the early stages of Atlantic hurricane season, but the vastness of this episode has raised eyebrows. Some experts have described the approaching plume as the most significant event in the past 50 years and even referred to it as a "Godzilla dust cloud," according to The Associated Press.

The cloud is part of what's known as the Saharan Air Layer (SAL), which usually occupies a 2- to- 2.5-mile-thick layer of the atmosphere, with a base starting about 1 mile above the surface, according to the National Oceanic and Atmospheric Administration (NOAA).

AccuWeather meteorologists have been tracking dust emerging from the Africa coast since April, but there has been an uptick in activity since around June 14. Dust is most commonly observed over the Atlantic into July before it becomes less of an issue later in the hurricane season. AccuWeather lead tropical forecaster Dan Kottlowski said the African Easterly Jet has been stronger than normal and this has produced more dust.

"Certainly the dust episodes in the Caribbean have been more robust than normal due to the active jet," he said.

Just this week, it floated across the Caribbean into the southern Gulf of Mexico, and now forecasters say it's expected to move inland over parts of the U.S. Gulf Coast through Saturday. 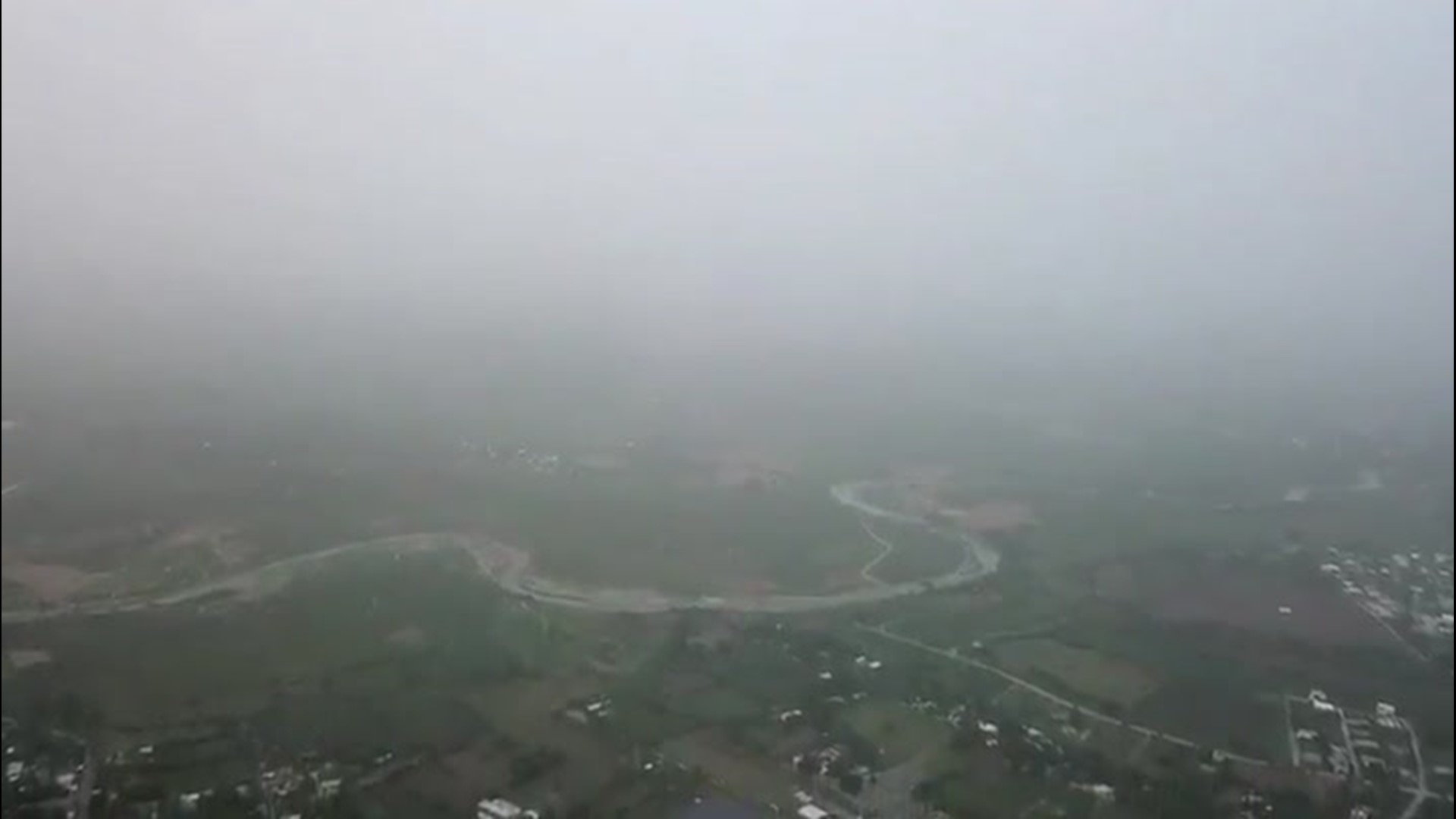 Kottlowski said the thicker dust over the western Caribbean was moving northward into the southern Gulf of Mexico as of Thursday.

"A weakening upper-level trough over the Texas coast is helping to deflect the higher concentrated dust toward and into the northern Gulf coastal area," Kottlowski said. "However, as this upper-level feature lifts northward, the dust should expand westward into the western Gulf of Mexico Thursday night and Friday and overspread eastern Texas and southern Louisiana.

"Eventually, all Gulf coastal states will experience hazier skies and lower visibility due to the Saharan dust during the next few days," he added.

The dust is forecast to be primarily concentrated over Gulf Coast states, but some could expand farther north into Oklahoma, Arkansas and eastward into Tennessee, Kottlowski said. He added that the forecast does not call for high concentrations of dust to play a role in the overall weather pattern across the northeastern U.S. Some dust could "barely" reach into Tennessee and southern Virginia, Kottlowski said.

"Dust, like any pollutant, can find its way farther north over time and it's possible some dust could work into the Great Lakes next week but it probably would not be very noticeable. A storm system forming over Quebec this weekend will move southeast into Maine early next week and bring a wind flow out of Canada and not up from the tropics," he said.

Dust particles can produce vibrant sunsets and sunrises, but if there is too much of an accumulation, then those sunsets or sunrises can turn out dull. Dust is usually most noticeable when the skies are cloud free, according to Kottlowski.

Air quality levels could also drop from moderate to unhealthy over southern and eastern Texas, according to Plume Labs. Those with respiratory issues are being urged to limit the amount of time they spend outdoors. AccuWeather and Plume Labs have a partnership that allows users to monitor the realtime air quality in a given location from the AccuWeather website or mobile app.

Kottlowski said there is a second large area of dust over the open Atlantic, but it seems less impressive than the first batch of dust currently approaching the U.S. The second round of dust is likely to dissipate faster, thanks in part due to stronger winds forcing it westward. However, it will still bring a "considerable" amount of dust to the Gulf of Mexico early next week which will result in hazy conditions and milky-looking skies.

Longer range forecasts show an easing in the amount of dust entering the atmosphere over the next week as the African Easterly Jet, which is responsible for triggering the potent storms that kick up the dust, is forecast to relax a bit, according to Kottlowski.