'A lot of people are still on the top of their roofs waiting for the help to come.' 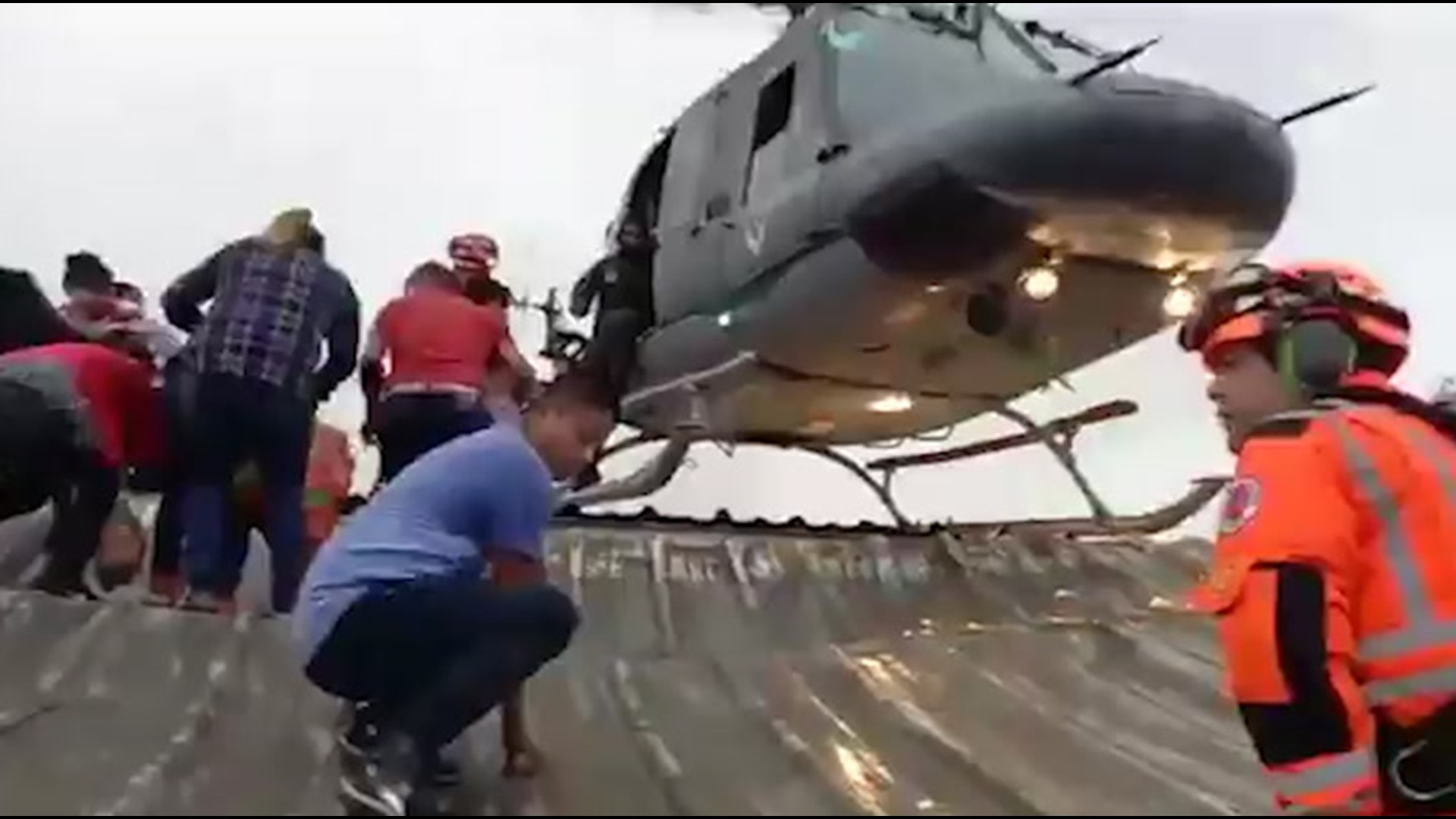 It's been over a week since Hurricane Eta struck Central America with a deadly force rarely seen in the region. The damage reports and fatality totals were harrowing in the immediate aftermath, and millions of residents in countries such as Nicaragua and Guatemala are now facing equally daunting ongoing tragedies along the road to recovery.

AccuWeather National Reporter Bill Wadell called the situation unfolding a humanitarian crisis after he spoke with several sources in Central America about the catastrophe that Eta caused.

Relief organizations have been working around the clock along with military personnel for the past week to get food and supplies to the ravaged coastal areas where Eta made landfall and rugged mountainous areas that were devastated by the storm's torrential rainfall. In some cases, helicopters and boats were the only means to reach these communities.

After multiple feet of rain triggered deadly landslides and left entire cities flooded, including remote locations that now have no connection to possible assistance, getting those supplies to people in desperate need has been a huge task.

The storm destroyed bridges and roads, adding to the challenges of navigating difficult terrain in the mountainous country, Annelise Palma of the Sociedad Biblica de Guatemala told Wadell. All of these factors have slowed down help from reaching some of the areas most in need. "A lot of people are still on the top of their roofs waiting for the help to come," Palma said.

In the week-plus since Eta's landfall in Puerto Cabezas, Nicaragua, the death toll has spiked to at least 150, according to an estimate from Guatemalan President Alejandro Giammattei, Reuters reported.

The storm will be remembered as one of the fiercest to ever hit Central America, harkening memories back to Hurricane Mitch's catastrophic strike from 1998.

Mitch has long been considered one of the worst natural disasters to strike Central America and is remembered as one of the deadliest Atlantic hurricanes in history. It made landfall in Honduras after boasting the fifth-strongest wind speeds of any Atlantic storm in history then reformed in the Bay of Campeche before heading toward the United States. In Central America, Mitch was responsible for either the most or second-most fatalities of any hurricane, depending on the source. With unofficial rainfall reports of up to 75 inches, the storm destroyed "the entire infrastructure of Honduras," according to the National Hurricane Center.

Palma and other members of the Sociedad Biblica de Guatamala, located in Guatemala City, are using their connection to local church leaders in order to get supplies delivered to the hardest-hit areas, some of which received one to three months' worth of rain in as little as a three-day stretch, Palma said.

According to the International Federation of Red Cross, over 2.5 million people, including in Nicaragua where the storm crashed ashore, as well as Honduras and Guatemala, were impacted by the storm and many of the largest-looming threats have come from the storm's after effects, such as waterborne diseases, lack of clean drinking water and the risk of COVID-19 transmission.

Recovery will take months, if not years, and AccuWeather forecasters warned that the situation could turn even more dire with yet another tropical threat looming for Central America early next week.

Palma insisted that more help for the battered countries is needed for those millions to get the assistance they require.

"It will always be precious and valuable," Palma said of the assistance. "And it will always help somebody in need."