Who has the advantage in colder weather — the pitchers or the hitters?

Cold weather has played a role in postseason baseball games since the 1800s. 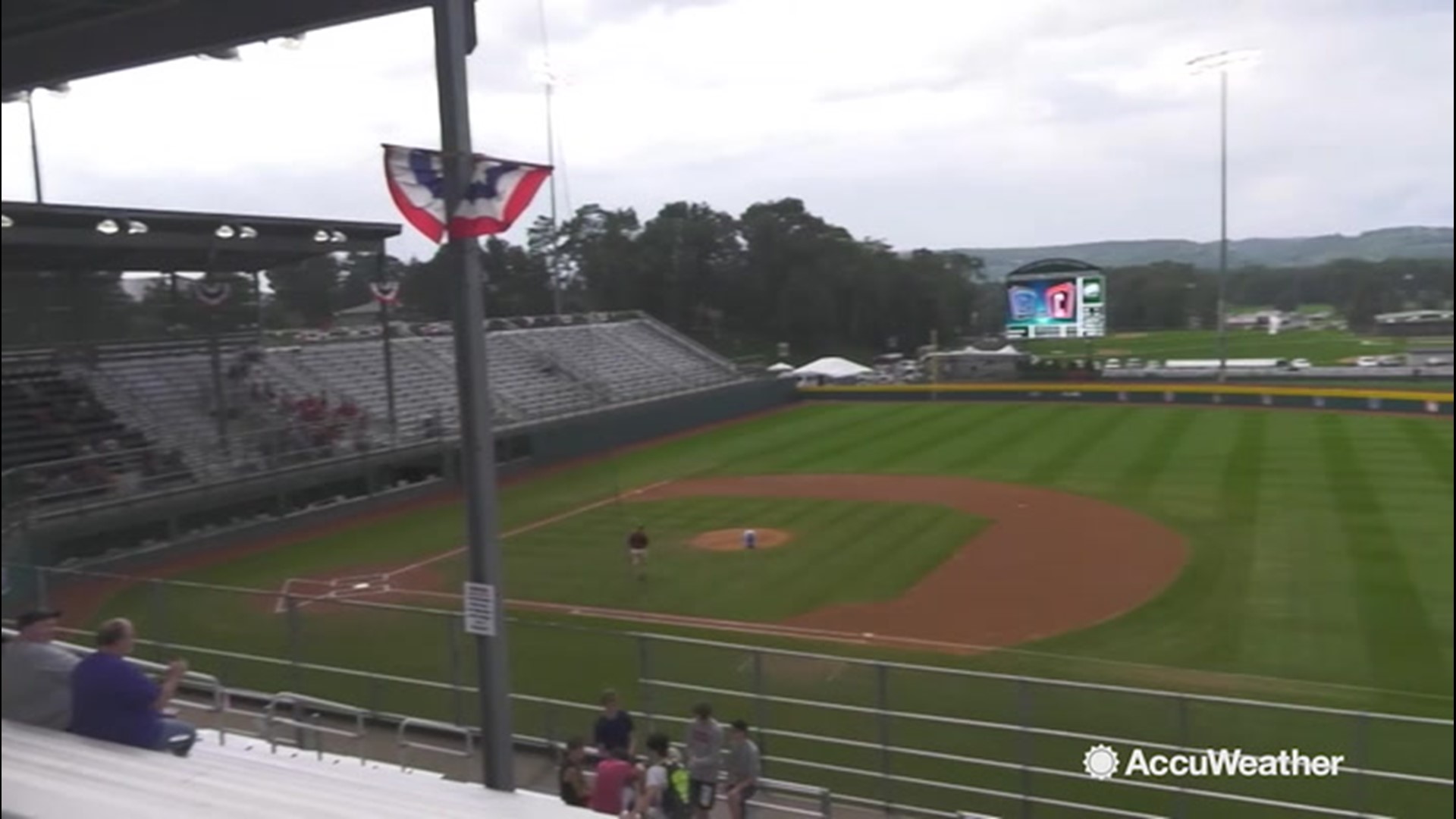 It was playoff baseball and things were about to get real, or maybe just real cold, for a team headed to Cleveland. A pitcher, who would go on to enjoy a lengthy Major League career, approached his manager on the plane ride there.

His manager replied, "Well, you're going to get a chance in Cleveland."

The night he pitched, the temperature was "frigid, the wind was blowing, and he couldn't throw a strike," longtime MLB coach John McLaren told AccuWeather, careful to not identify the former hurler by name. "The manager wasn't too happy: ‘He told me he could throw in cold weather and look at him -- he can't throw a strike.'"

Cold weather has played a role in postseason baseball games since the 1800s, through the 1900s — including an extreme-weather World Series in 1997 -- and perhaps through the current 2019 World Series between the Houston Astros and the Washington Nationals that started Tuesday and continues at least into the weekend.

The first two games were played indoors at a comfy temperature of 73 F inside Houston's Minute Maid Park with Washington taking a commanding 2-0 series lead. But the series shifts to the nation's capital for the next three games (if necessary) on Friday, Saturday and Sunday where outdoor games could bring weather-related variables and the weather will be noticeably cooler.

Lower temperatures, humidity, barometric pressure, wind speed and altitude all can affect a baseball's trajectory, players' performances and the outcomes of games, according to research from a variety of sources, including the American Meteorological Society (AMS).

The AccuWeather forecast predicts it will be above 50 F in each of the Washington-based games, with rain possible Saturday and Sunday; however, it will be cool enough that pitchers will have the advantage. While that temperature is not cold, there is historical data to support even the impact of temperatures below 60 F.

Runs scored decreased from an average of a combined 10.08 per game in warm temperatures [above 83 F] to 8.95 per game in cold temperatures [below 60 F], the study showed, which is an 11.2% decline. "The batters have an advantage when it is hot," said AccuWeather Founder and CEO Dr. Joel N. Myers, "because the air is more dense when it is cold."

So, when it's cold, that's bad for the hitters, according to the research, right? But what about the pitcher who struggled in Cleveland and plenty of others like him?

"I don't think anyone has fun pitching when it's cold," longtime baseball executive Wayne Krivsky told AccuWeather. "Really, nobody likes playing in the cold weather. If you don't hit the ball on the sweet part of the bat, it vibrates in your hands. It's a big issue."

Krivsky gives the cold-weather edge to the pitchers. "The advantage goes to the pitcher, by more than a little bit," said Krivsky, who has worked in the front offices of the Texas Rangers, Cincinnati Reds, Baltimore Orioles, New York Mets and Minnesota Twins. "Nobody likes to hit when it's that cold. It's just so abnormal from what you're used to during the year."

Abnormal hardly describes the oddest World Series weather-wise. The 1997 World Series was an extreme case of extreme weather. It was a balmy 84 F at gametime in Miami for Game 1 before dipping to 38 F for Game 4 in Cleveland, the coldest recorded game in World Series history. There was snow during batting practice and wind chill readings during the game were as low as 18 F.

"The pitchers always have the advantage in the cold weather because it's hard for hitters to feel the bat," said McLaren, who briefly managed the Nationals and Seattle Mariners and has been a coach for the Nationals, Mariners, Toronto Blue Jays, Cincinnati Reds, Boston Red Sox, Tampa Bay Rays and Philadelphia Phillies. "I know most good pitchers would like to throw in cold weather because they know the hitters are not loose, they're stiff, they have a lot of clothes on to stay warm.

"And even when the batter gets the ball on the good part of the bat, on real cold days it's usually thick air and moist and the ball doesn't travel as far," McLaren added.

For pitchers, humidity is the legal version of the old outlawed spitball since it's a key to help them with their grip on pitches. That's also why pitchers like to work up a sweat on cold days, blow on their hands, and lick their fingers to maximize the moisture needed for a good grip.

"Cold and dry [air] exacerbates the slippery-ball issue, making it more difficult to get spin on the ball," Alan Nathan, a professor emeritus of physics at the University of Illinois told FanGraphs. "Less spin means less movement [on their pitches.]"

Turns out when it comes to the World Series and the weather, the forecast may be more valuable than any pre-game sports predictions. 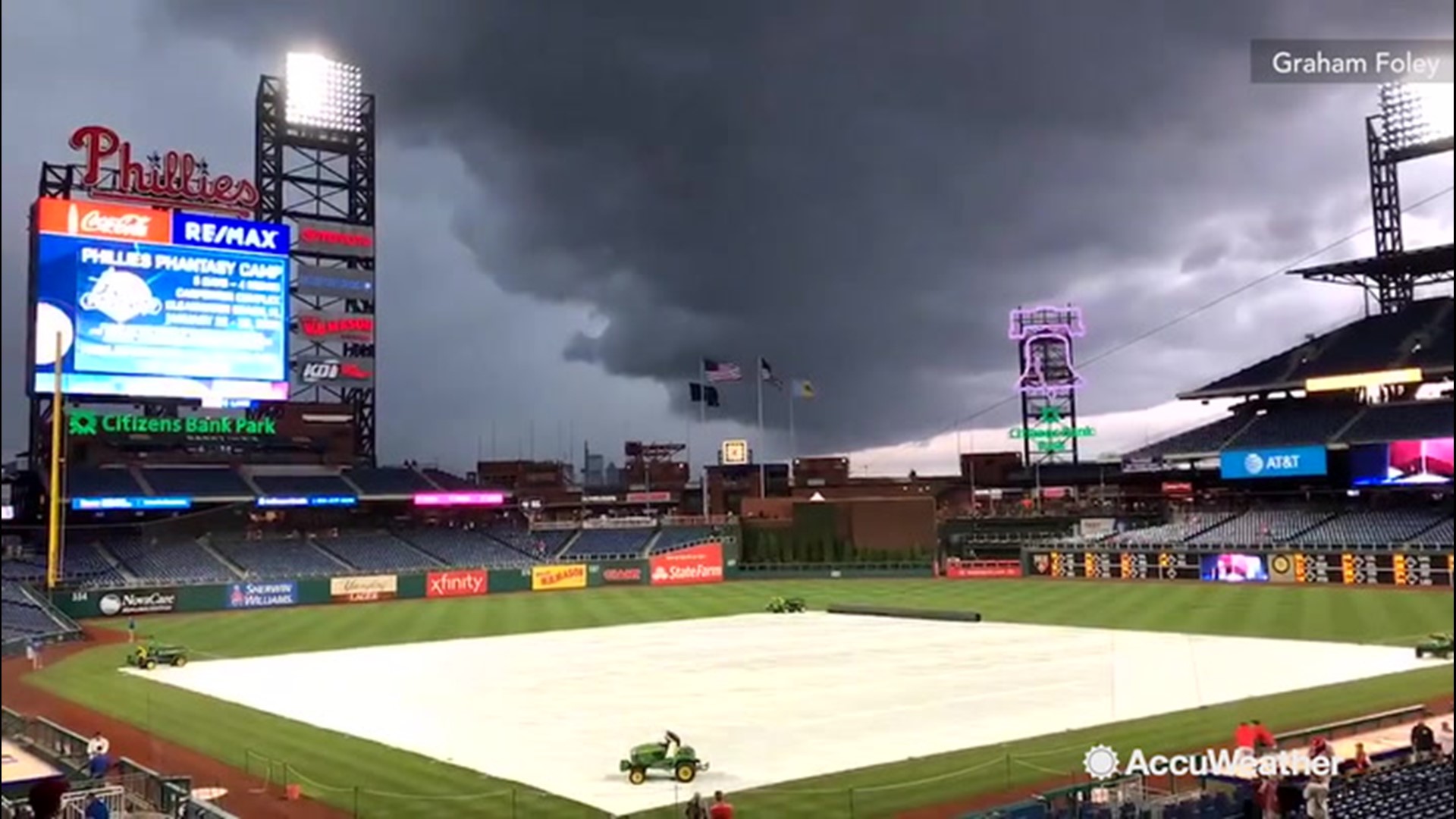