Three to six inches of rain fell Monday morning, washing away roads and bringing down trees 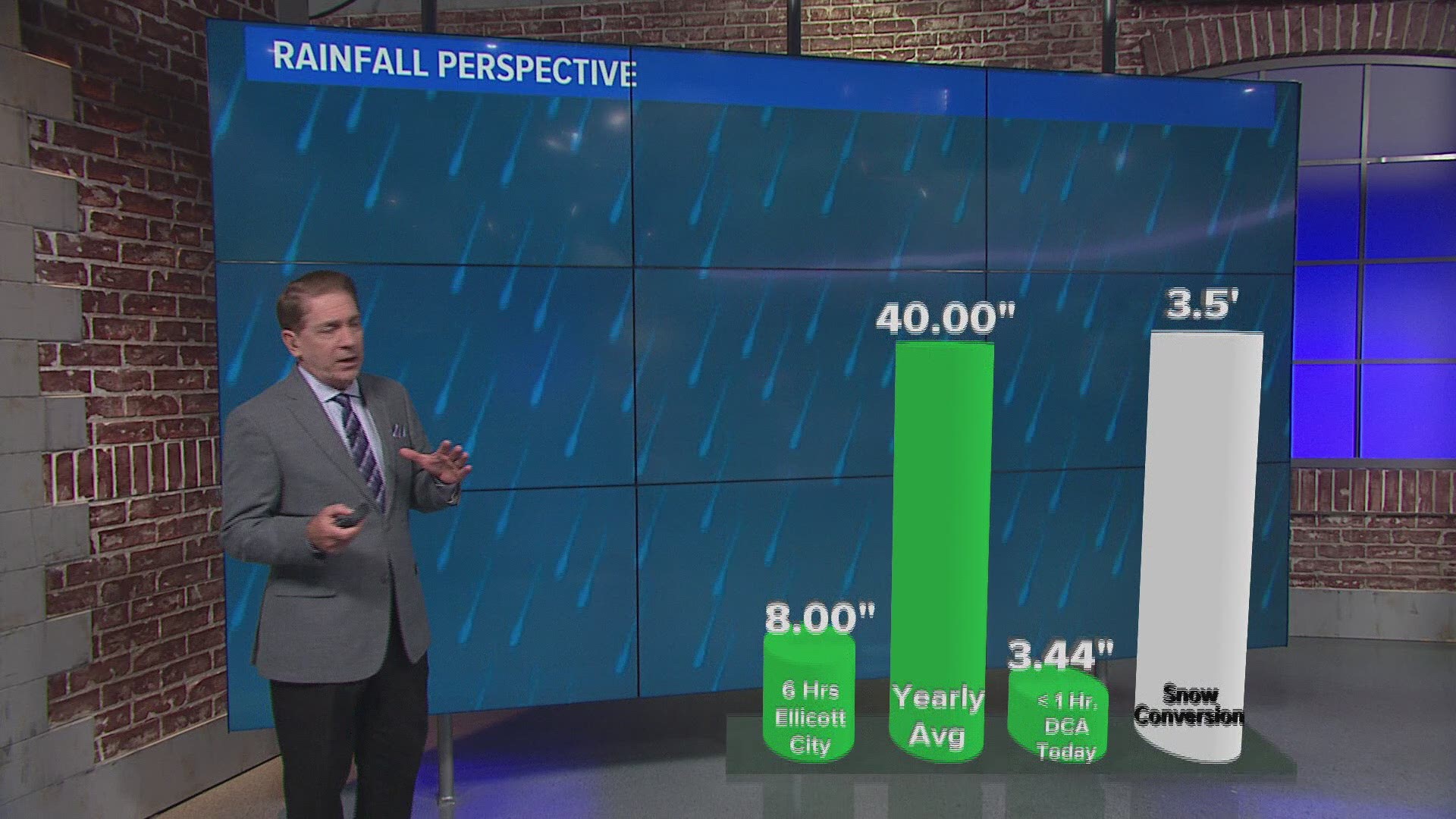 Last May, Ellicott City received six to nine inches of rain over a six hour period. And in some ways, our Monday deluge was just as impressive. Ellicott City's topography makes flooding more frequent and dangerous.

Rainfall amounts from Frederick to Potomac and McLean were in the four to six inch range.

Even Southern Maryland received two to four inches plus between 11 a.m. and noon Monday.