Not long ago in a galaxy not so far away, it was a step into space on board a flight back to fantasy, or technically, Florida. 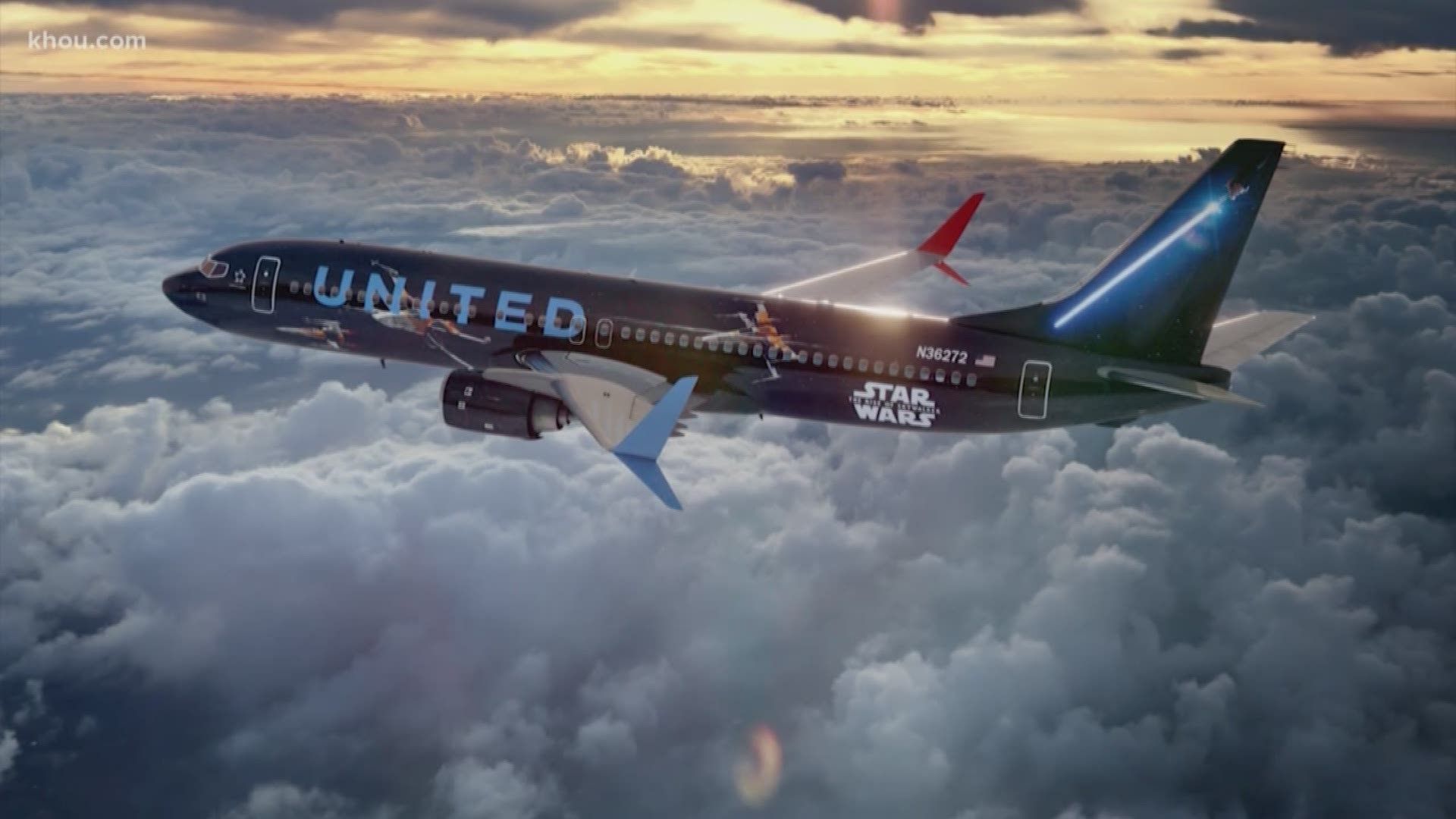 HOUSTON — The force is strong with one Houston flight.

It’s to help build excitement for the final installment of the saga, "The Rise of Skywalker."

Not long ago in a galaxy not so far away, it was a step into space on board a flight back to fantasy. Or, I guess in this case, you’d call it Florida.

“Customers will be really surprised when they get on their 2:30 flight to Orlando today," the spokesman said.

It’s a flight of a lifetime for Star Wars lovers, a sort of Millennium Falcon for the ages.

“I think it will be really cool to see on-board," Lauren Thorn said.

United Airlines relinquishing one of it’s 737’s to the Resistance.

“It was great. I was just afraid they were going to take me away," Larry Lee said.

The plane is a poster for Episode 9, the final film in the Skywalker Saga.

On the outside, it's a blanket of stars that allows you to fly alongside the X-Wings and TIE fighters. But once inside, you choose your alliance: First Order on the left and Rebels to the right.

If that’s not enough to excite you, watch from above. FlightAware shows you the plane in all it’s galactic glory; an X-Wing flying alone among the more modern machinery.

The plane will make stops all throughout the country for the next year, giving you a chance to fly the friendly sky, so the force may be with you.

The plane will be assigned flights day of. Customers can check the United app and FlightAware to find out if it is their plane.