Dulles International Airport is no stranger to interesting catches coming through its TSA screening. 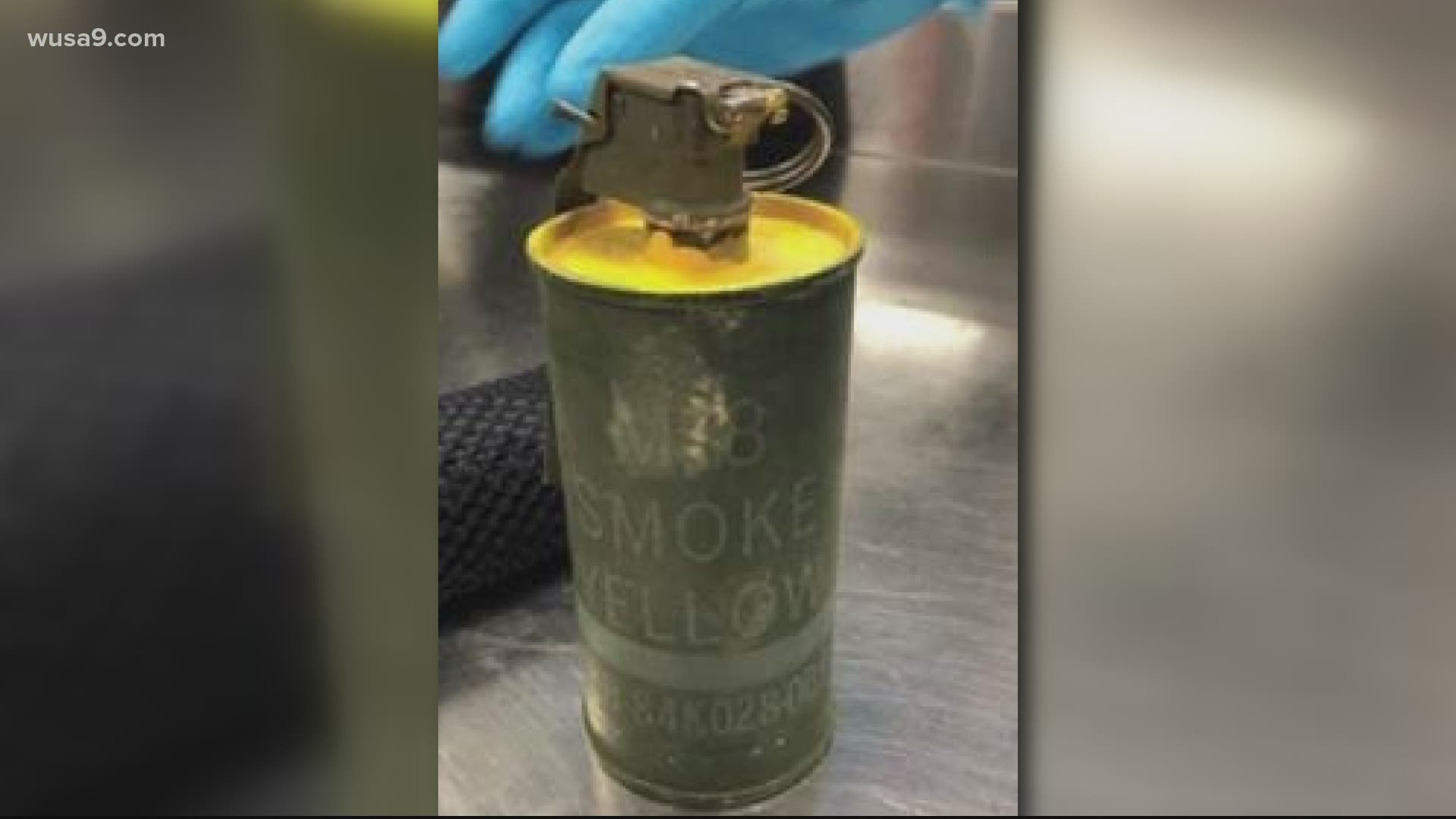 But what was the item that landed Dulles on the list, you say?

"As the checked bag was screened, it triggered an alarm and was pulled aside for additional screening, resulting in the need for a TSA officer to inspect the contents of the bag to ensure that there was no threat item inside," TSA said in a press release.

Upon opening the carry-on bag, a TSA officer found a military smoke canister labeled “Smoke/Yellow” with a triggering device at the top similar to those on hand grenades. Authorities described the canister as olive green with bright yellow on the top.

TSA officials notified the Metropolitan Washington Airport Authority Police who located the passenger. The man told officials that he had purchased the canister at a military surplus store several years ago and he believed it was inert.

A TSA explosives specialist along with the Virginia State Police bomb squad examined the item and the bomb squad removed it from the airport. The item was determined to be a live smoke grenade, authorities said.

Our Officers are real-life superheroes, helping keeping passengers safe as travel. But don't take our word for it! Check out our top 10 catches of 2020! pic.twitter.com/0UJJWxbqHP

Dulles airport is no stranger to interesting catches coming through TSA screening.

Back in February 2020, U.S. Customs and Border Protection (CBP) specialists seized a package of tiny dead birds -- yes, you read that correctly -- in a passenger's bag. According to officials, the traveler arrived on a flight from Beijing, China on Jan. 27, 2020; the traveler's final destination was a home in Prince George's County, Maryland.

RELATED: VERIFY: Could the dead birds from China seized at Dulles carry Coronavirus? Breaking down this and other questions about the incident

During a baggage examination, CBP specialists discovered a package with pictures of a cat and dog that the passenger said was "cat food." The package, according to officials, contained a bunch of unknown small birds, about 2.5 to 3.5 inches in length.

The birds from China, according to CBP officials, are prohibited for import due to the potential threat of highly pathogenic avian influenza. The avian products were seized on behalf of the U.S. Department of Agriculture (USDA) and destroyed by incineration, with USDA approval.