After a person dies rigor mortis sets in.  It’s the stiffing of joints and muscles.  Yoga Mortis is for the living and it helps the body stay flexible. 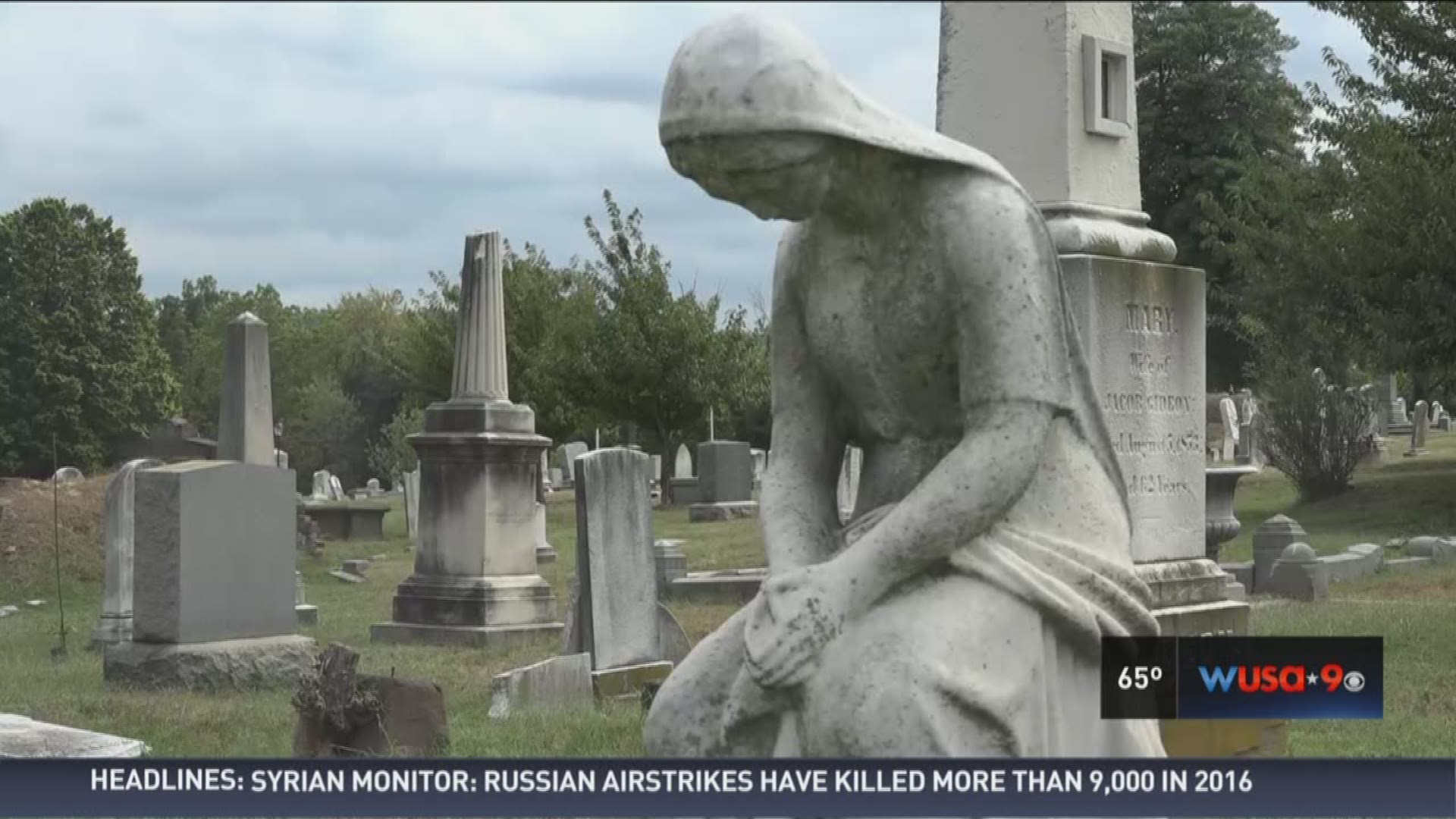 Many cope with the pressure by going to the gym, bicycling or swimming. Then there are some who find their inner peace next to dead people.

Congressional Cemetery has been around for more than 200 years. Dozens of prominent people are buried here. It has an active walking tour program, teams of volunteers and its one of best dog parks in the District of Columbia.

Jessica Woodburn is the instructor.

"I always get the laugh when I announce that I’m teaching a yoga mortis class," says Jessica.

After a person dies rigor mortis sets in. It’s the stiffing of joints and muscles. Yoga Mortis is for the living and it helps the body stay flexible.

Yoga has been around for thousands of years.

But, throughout time, people have made yoga their own. There’s skydiving yoga, underwater yoga, paddle board yoga, snow yoga and even goat yoga.

So posing and stretching between headstones seems to fit right in.

The last pose of this Yoga Mortis class is the corpse position.

It’s restful way to rejuvenate a person’s life. And as far as everyone else here — their corpse position is a little more eternal.

Yoga Mortis started 3 years ago at Congressional Cemetery. Participants simply make a donation to the class and as you might imagine, Yoga Mortis becomes very popular right around Halloween.