Delays expected on Metro through evening rush after trains crash 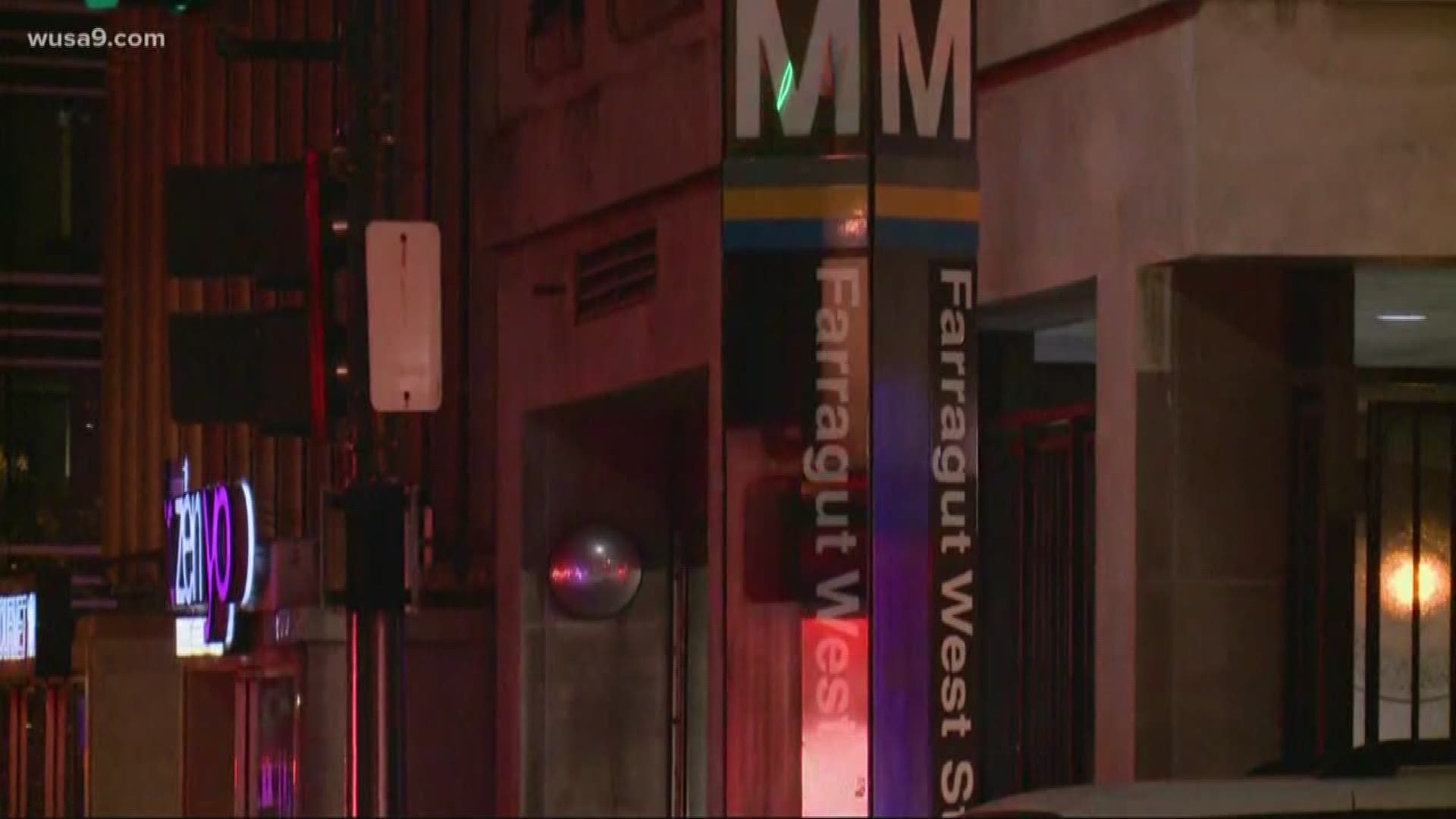 Around 1 a.m., one train hit the back of another train between Foggy Bottom and Farragut West stations as they were traveling on the same track.

During the crash, the 3000 series trains were in the process of being moved to their rail yards.

RELATED: Metro could consider first fare hike in years, but there might be another way

Both train operators were injured but are expected to be OK. They were taken to the hospital. One operator was released.

There were no passengers on the train.

All railcars remained on the tracks and there was no reported damage to the tunnel.

WMATA's Dan Stessel told WUSA9's Pete Muntean that the on-scene investigation is largely concluded, but that crews won't remove the wrecked trains until after Metro closes at 11:30 p.m.

"If we attempted to move these cars now, we would exacerbate the delays that you would see at this point," Stessel said.

WMATA also told Muntean there was no evidence of signal problems in the wreck and that both were coming back from after-hours service for the Nationals game. The trains collided at 11 mph, according to Metro.

Officials are working to restore normal service as quickly as possible, but here are the delays riders can expect:

Orange Line: Trains will operate about every 15 minutes, even at rush hour, with single tracking between Farragut West and McPherson Square. Significant crowding is likely during rush hour.

Blue Line: Trains will operate about every 15 minutes, even at rush hour, with single tracking between Farragut West and McPherson Square. Significant crowding is likely during rush hour.

Silver Line: Trains will operate about every 15 minutes between Wiehle-Reston East and Ballston. Customers will need to transfer to/from Orange Line trains at Ballston to continue their trip.

Customers traveling to the Nationals game are encouraged to travel via stations on the Red, Yellow, or Green lines if possible. In the event that the game runs late, trains will continue running on all lines and Navy Yard-Ballpark Station will remain open for entries 20 minutes after the last play.