Trash that spilled from an overturned truck blocked traffic and caused severe traffic backups through the morning rush hour Monday. 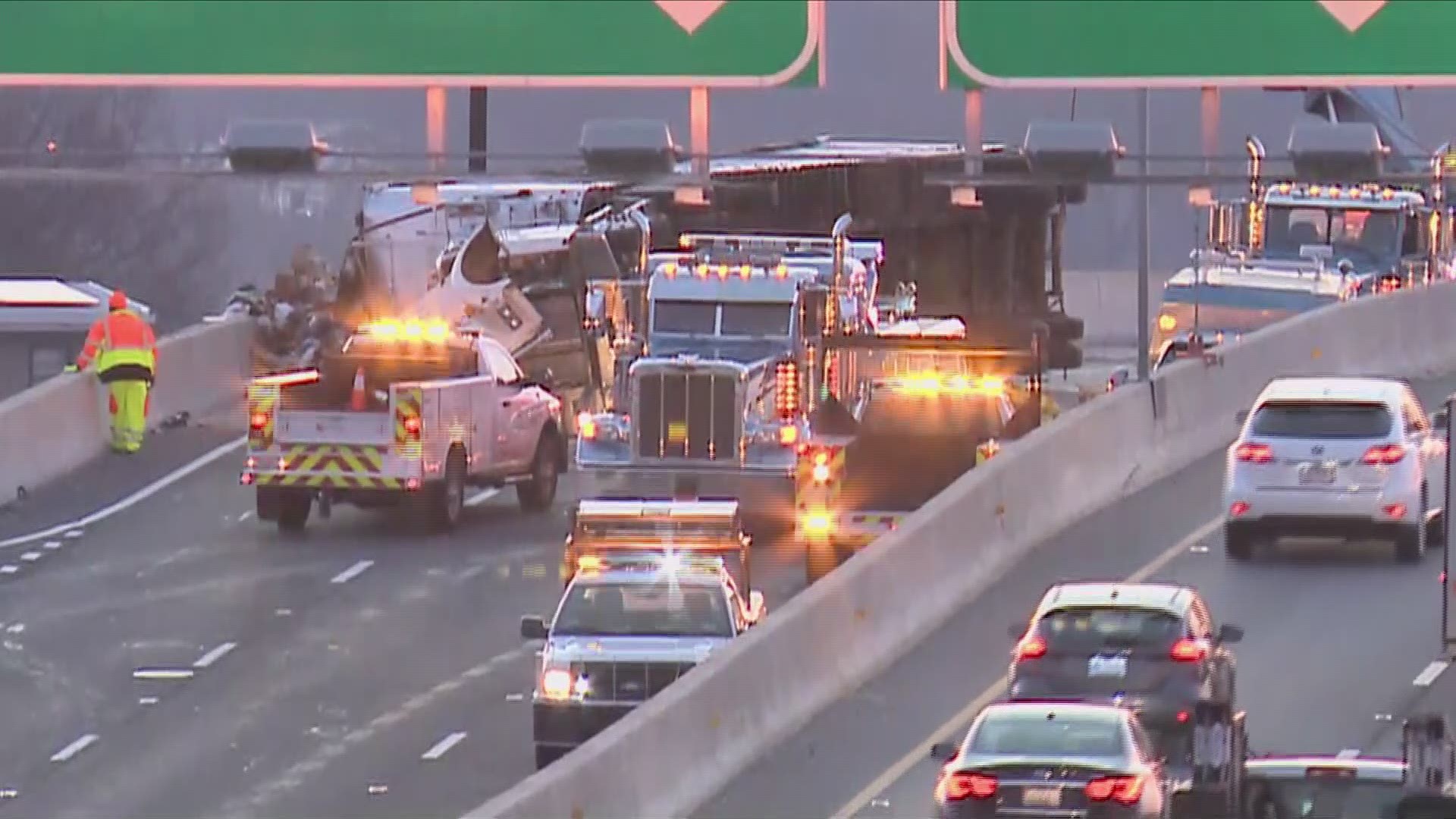 Crews removed the last of the wreckage and debris around 9 a.m., allowing traffic to move through the area on all lanes.

The trash truck overturned shortly before 4:30 a.m. on westbound I-695 before M Street, Exit 1D, in Southeast, D.C., fire officials said. The truck was reportedly leaking diesel and fluids.

Hazmat units were called to the scene, fire officials said. Debris from the truck blocked traffic on 11th Street between K and M Street Southeast, which has since reopened for drivers.

The driver of the truck was able to get out following the crash. It's unclear if the driver sustained any injuries.

Lanes on I-695 were shut down starting from Exit 1D. Police asked drivers to avoid the area and to use alternate routes.

The incident impacted drivers trying to head inbound from Interstate 295. Traffic from I-295 and DC-295 was not able to access the 11th St Bridge.

There were no reported closures on eastbound I-695.

Crews have removed the trash truck and the debris on the roadway.

There is no word yet on what caused the crash. 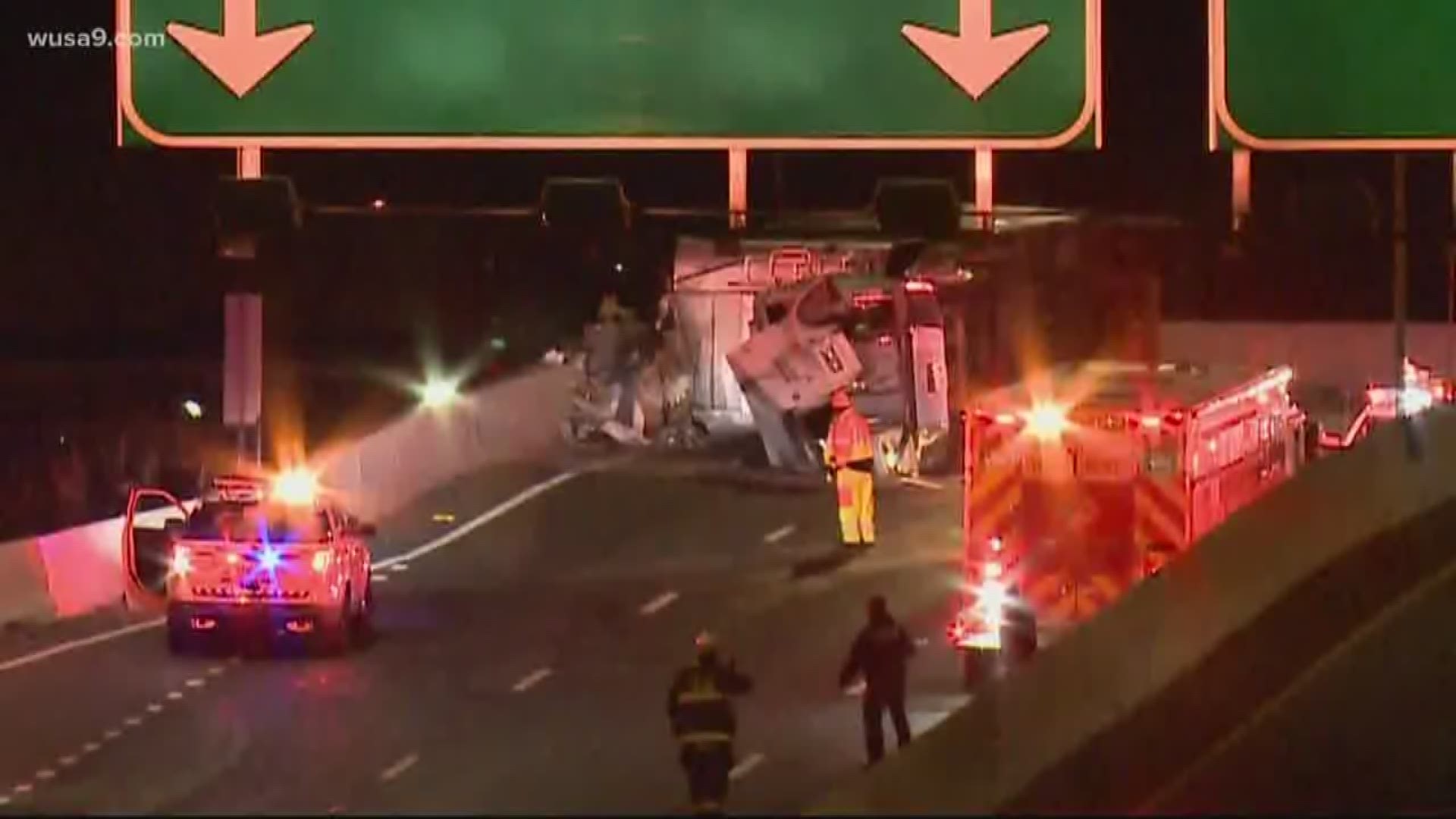