Drivers were asked to expect major delays in the area of Inner Loop I-495 near southbound Rockville Pike. 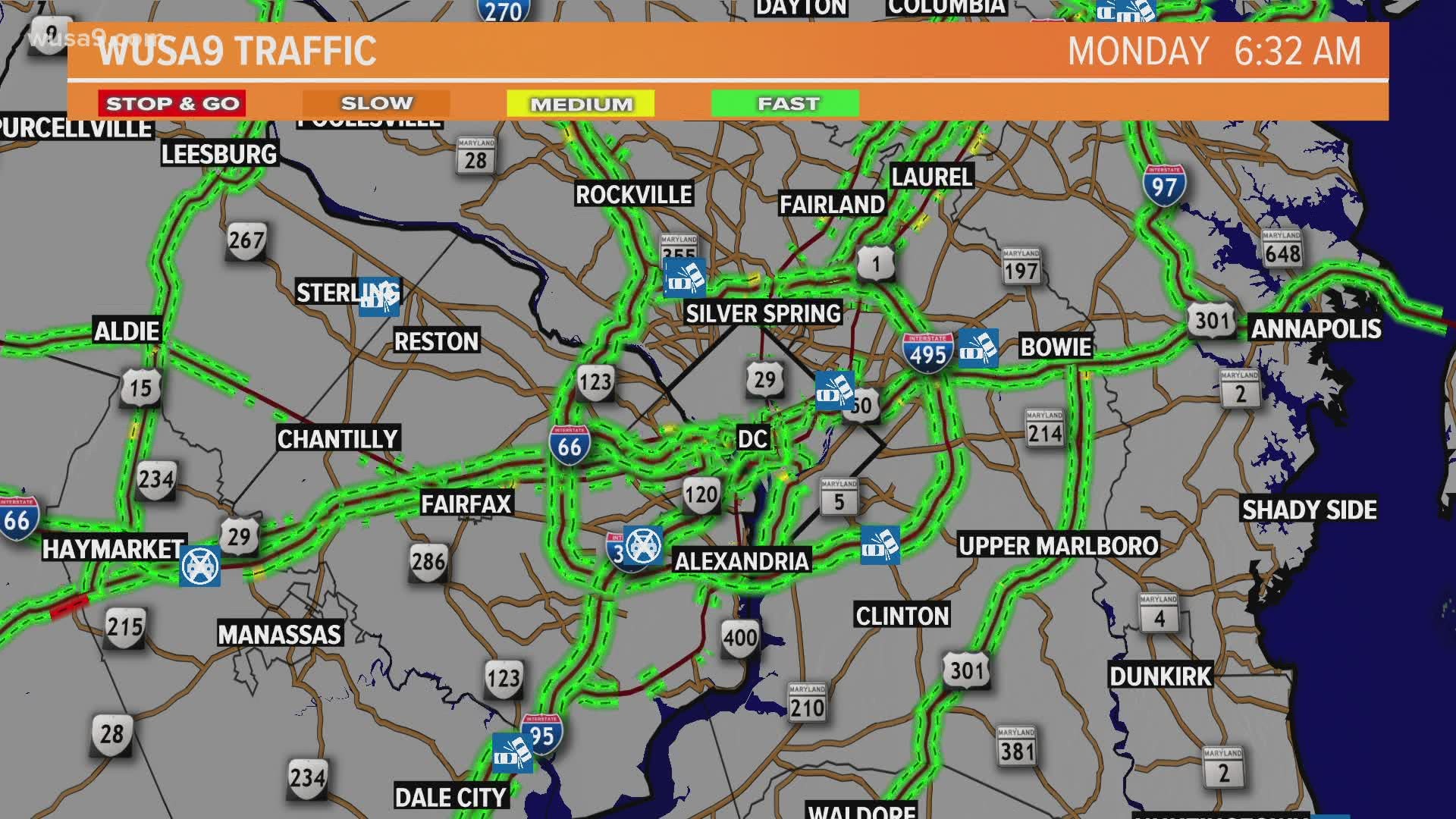 ROCKVILLE, Md. — A tractor-trailer crash on the Inner Loop of Interstate 495 caused some lanes to be blocked along the roadway Monday morning, Montgomery County Fire officials said.

The crash involving a tractor-trailer and several vehicles happened on the Inner Loop of I-495 around 5 a.m., officials said.

There were no reported injuries, officials said.

Crews and fire officials were at the scene accessing the damage. The scene has since been cleared, officials said.

In a separate incident around 12:25 a.m., a tractor-trailer crashed into a guardrail on the Outer Loop of I-495 just before Connecticut Avenue and caused a fuel spill.

The jack-knifed truck led to some lanes being blocked in the area.

Maryland State Police and crews with MDSHA were called to the scene. Officials said the scene has since cleared as of 6 a.m.