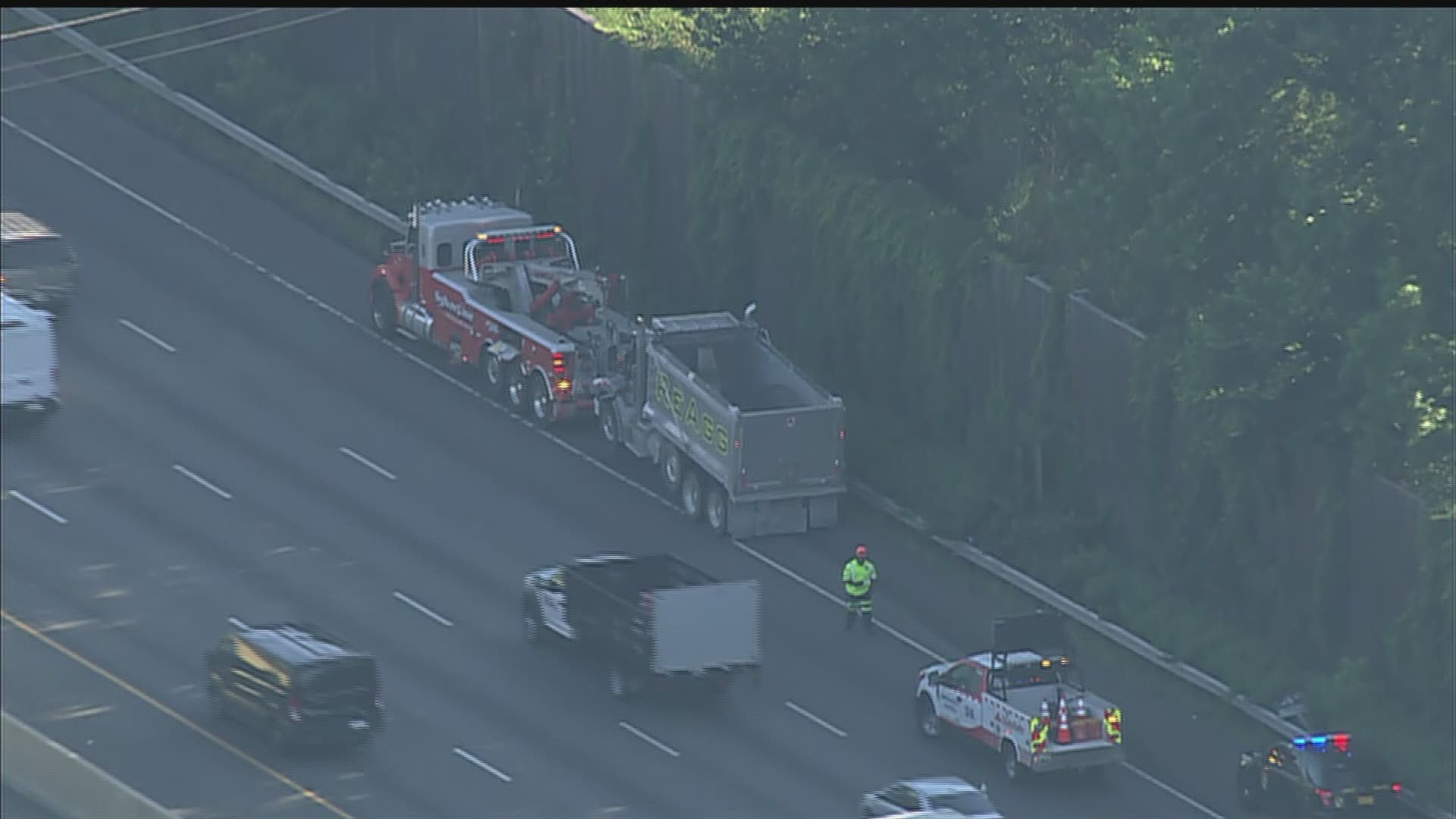 WASHINGTON — A three-vehicle crash on the Outer Loop of the Beltway closed some lanes and caused a very large back up early Monday morning, Maryland State Police said.

The crash happened around 7 a.m. in the area of Route 50 in Maryland and was cleared about an hour later, police said.

The lane closest to the shoulder was shut down to allow crews to tow away a dump truck that was impacted by the crash. Three lanes were able to get by to allow traffic to flow during the morning rush.

Lanes have since reopened and the dump truck was removed from the scene.

There were no reported injuries following the collision, police said.

The cause of the crash was unclear.

Credit: SKY9
One lane closed after a three-car crash on the Outerloop of Beltway in Maryland.