Tractor-trailer flips, crashes on I-95 near Quantico, causing backups, delays

Evening commuters were impacted by a crash on Interstate 95 in Quantico after a tractor-trailer flipped. It's unclear if road conditions were a factor. 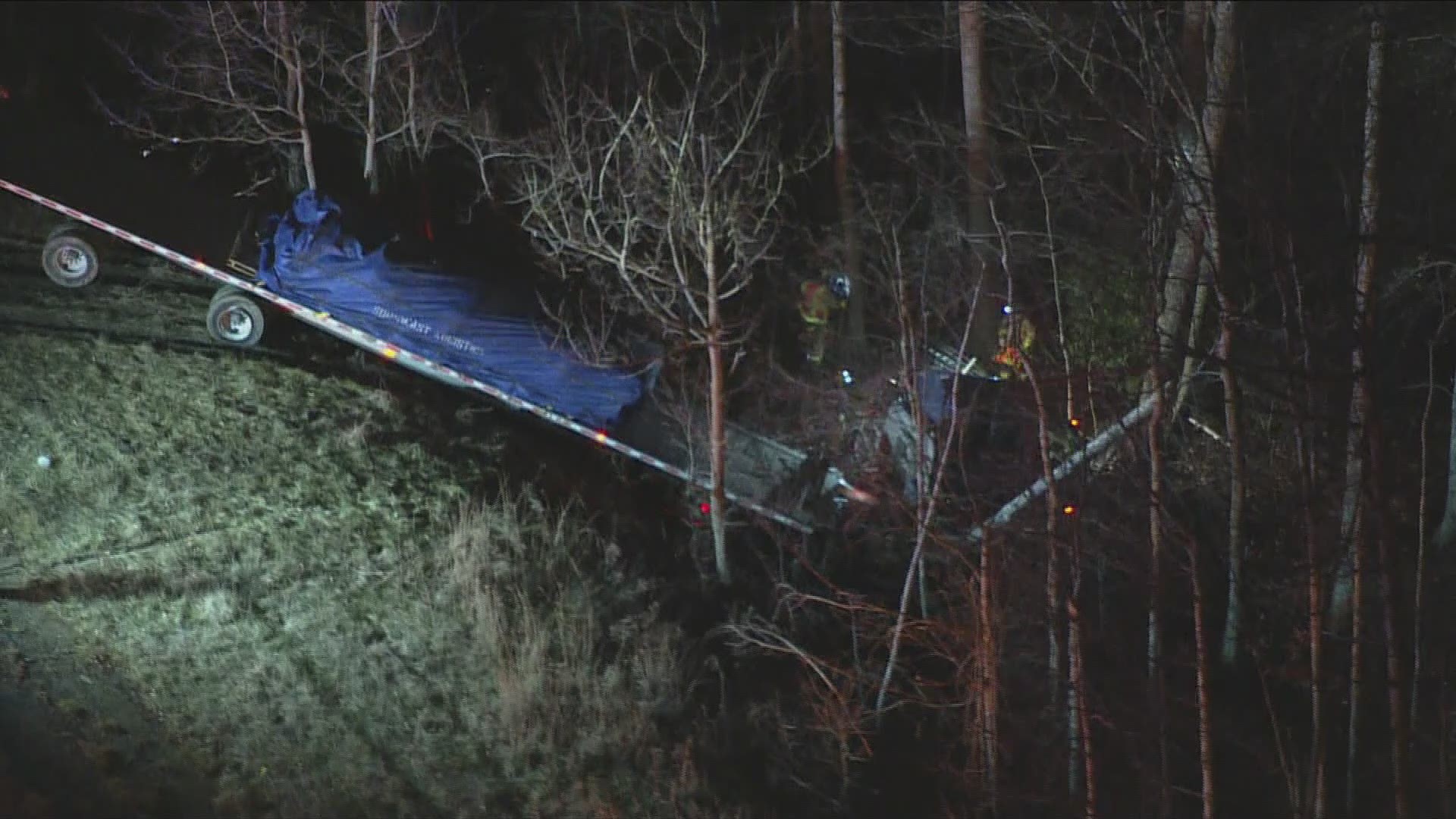 QUANTICO, Va. — A flipped tractor-trailer on Interstate 95 northbound near Quantico, Va., caused backups and delays for drivers on Wednesday.

Traffic issues followed the crash that happened around 7 p.m. and at one point, there was one northbound lane open for traffic on that side of I-95, Virginia State Police confirmed.

The cause of the crash on I-95 near mile marker 148 is still under investigation by VSP.

Officials said the tractor-trailer crossed from I-95 southbound through the jersey wall barrier into the northbound lanes before it came to a rest in the woods off the roadway, VSP said.

The tractor-trailer driver was injured and was taken to Sentara Northern Virginia Medical Center. The driver's condition was not yet known.

No further information is known at this time, but updates to this story will be made once it is provided by VSP.

Schools in parts of the DMV also delayed the start of class on Thursday because of road conditions that stem from Tuesday's winter weather.