Thursday, the board of the Maryland-National Capital Park and Planning Commission said it does not approve of plans to widen I-495 and I-270. 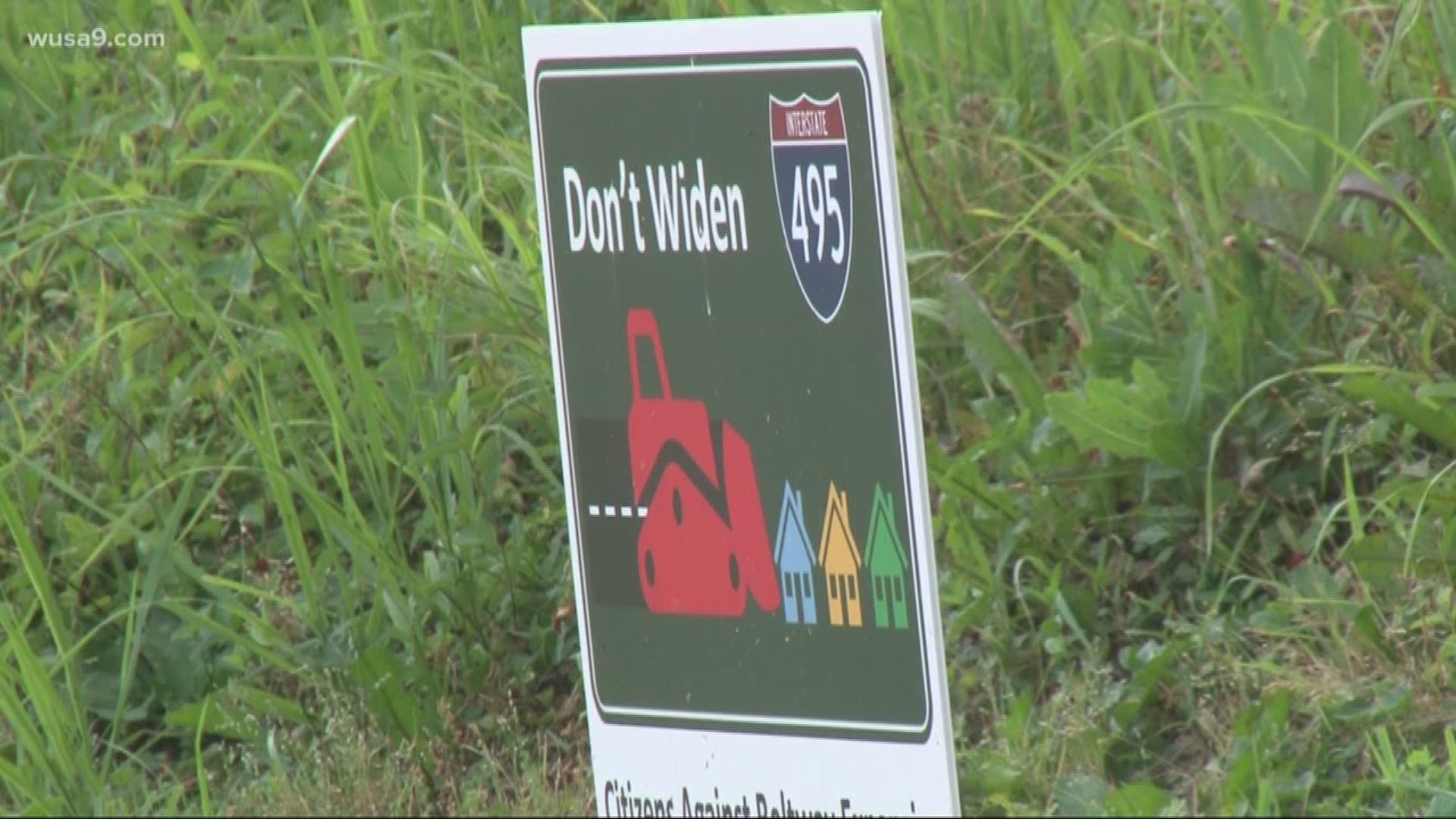 SILVER SPRING, Md. — Those who live next to part of the Capital Beltway through Maryland are more hopeful than ever that the state’s plan to widen the highway will be blocked.

Thursday, the board of the Maryland-National Capital Park and Planning Commission said it does not approve of plans to widen I-495 and I-270. The ten-member board from Montgomery and Prince George’s Counties voted after reviewing seven possible design options being considered by the state. Board members said state plans skimped on details about the impact on the environment and mass transit.

This is the latest speed bump for Governor Larry Hogan’s $9 billion plan to ease congestion statewide. Wednesday, Maryland’s Board of Public Works gave its initial approval to the public-private partnership with a 2-to-1 vote, but only after delaying the first phase of the project by two years. That construction, which spans I-495 from the George Washington Parkway to I-95, could cause 34 homes to be demolished.

“It gives us a chance,” said Sarah Cotterill, whose longtime home on Evergreen Street in Silver Spring is about 100 feet away from the Beltway. The Cotterill’s home has not been identified on any state projections as needing to be demolished, but she remains concerned.

“The delay gives us time and for politicians to organize and figure out what their next step is,” said Cotterill.

“Clearly they’re getting the message that we’re upset,” said Tony Hausner, who lives about three blocks away, now confident that neighbors are finally getting the attention they deserve.

“I’m optimistic,” said Hausner. “I’m not certain, but I think we have a lot of things going for us.”