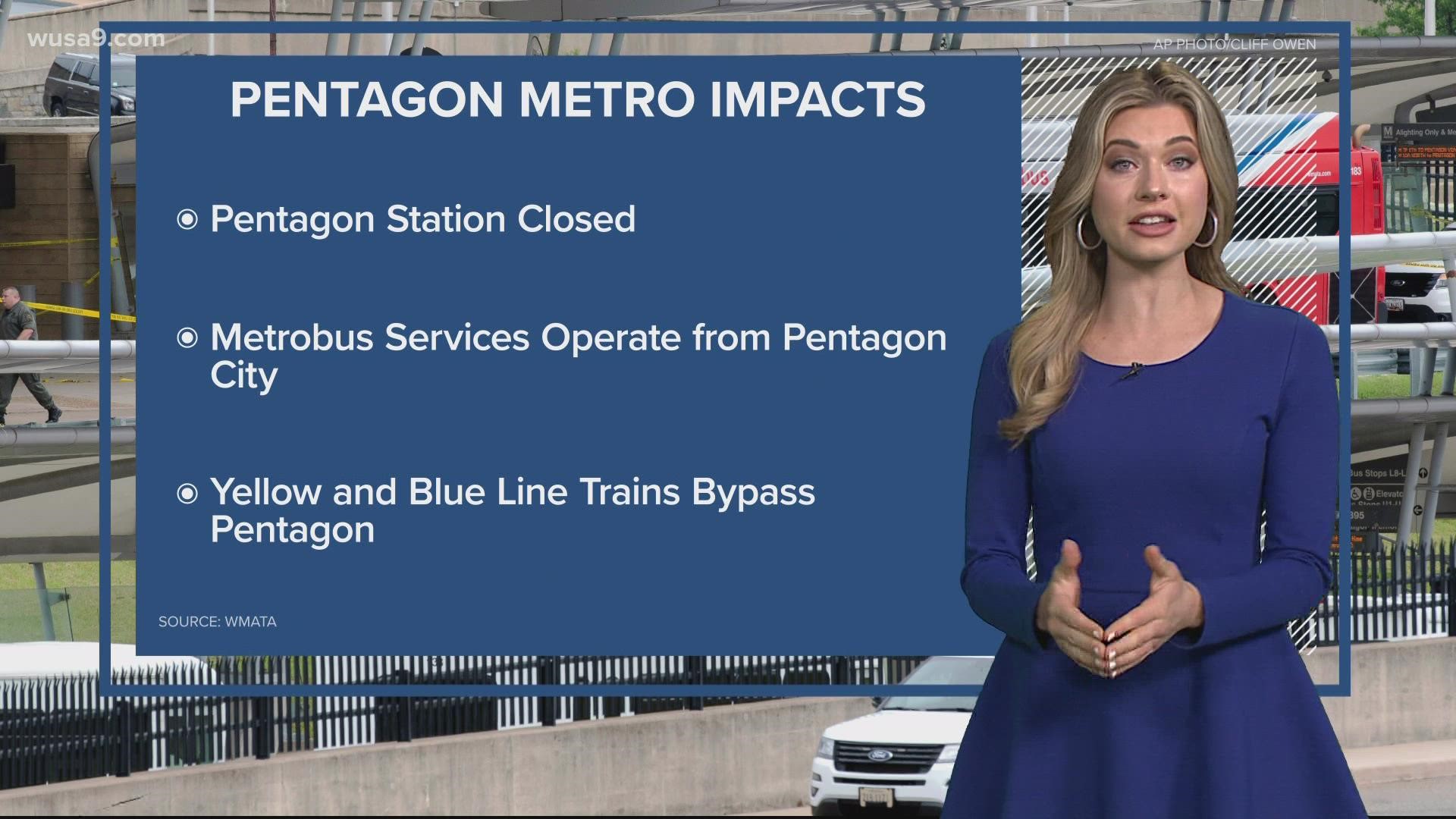 The Pentagon Transit Center (PTC) will remain closed Wednesday following a police investigation into a shooting that shut down the Pentagon Tuesday, according to Metro officials.

All buses going to and leaving from PTC have been diverted to Pentagon City Metro until further notice. OmniRide Express buses will operate at a modified Emergency Service Plan (ESP) and will stop at Pentagon City at westbound Army Navy Drive and South Fern Street.

As of Wednesday morning, the Metro entrance at the Pentagon remains closed. But, Corridors 2, 3 and 8 will be open to allow visitors and tenants to enter. And Corridor 5 River and Mall will remain open for tenants to enter.

Everyone is asked to follow any directions from Pentagon Force Protection Agency police officers to expedite entry into the building.

Army shuttle to Pentagon City (Begins at 6 a.m. Wednesday): This service is dropping off and picking up from Corridor 3 at the Pentagon and from westbound 12th Street at South Hayes Street in Pentagon City.

For updates on transportation information, click here. WMATA said they will have staff at Pentagon City to assist commuters.