The founder started NOVA Families for Safe Streets after a car hit him in a crosswalk and almost killed him. 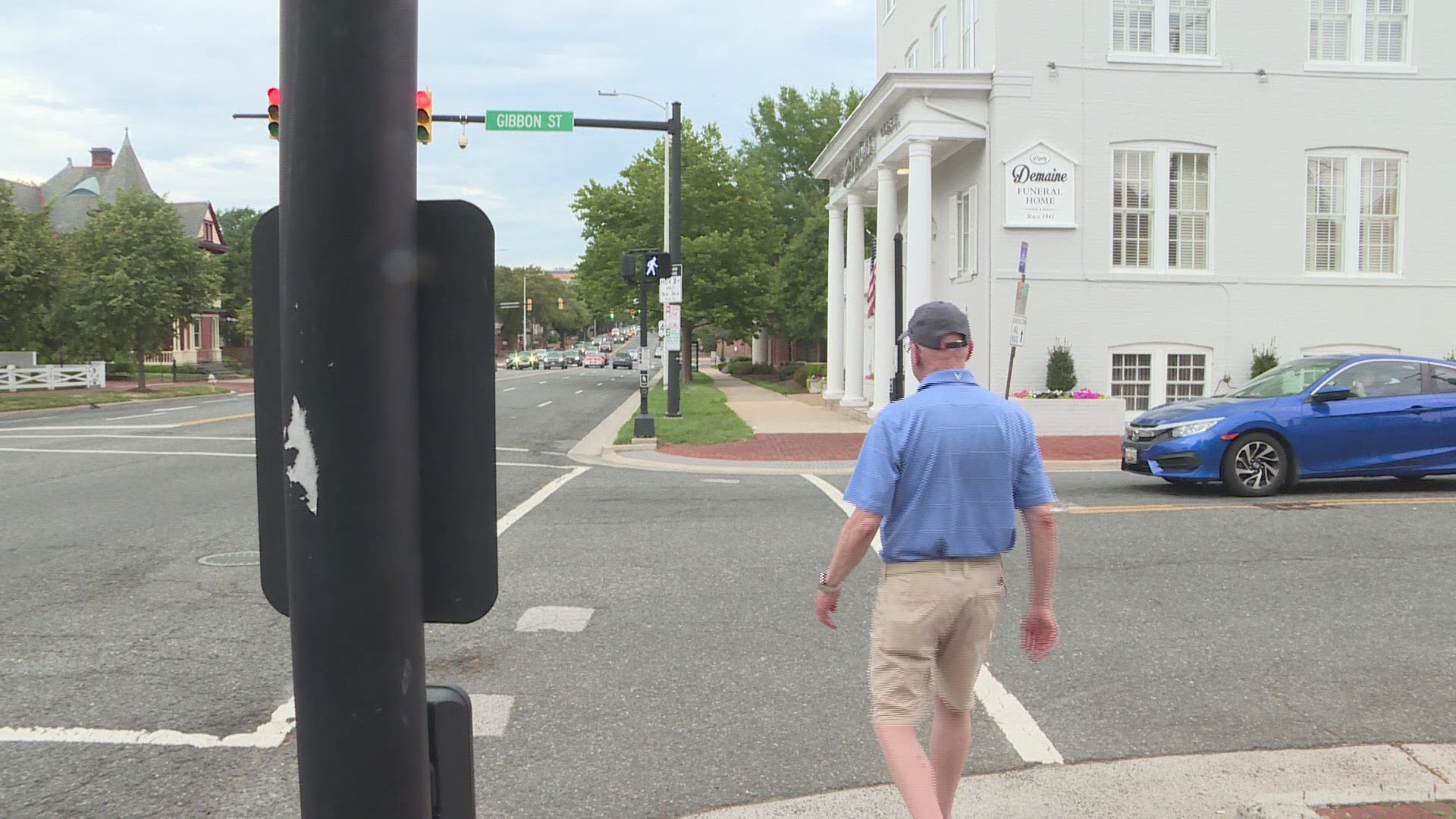 The goal of the non-profit Northern Virginia Families for Safe Streets is for the public to report on incidents when a car almost hit them, or they almost got into a crash, so the team can identify dangerous intersections.

Typically, local governments have to use crash data to determine which streets and sidewalks to improve upon. But, this group wants to get ahead of the injuries with the "near miss" surveys.

The non-profit is the brainchild of Mike Doyle.

Doyle was hit by a car and nearly killed as he was crossing the street in a Fairfax County crosswalk in December 2016.

"A driver was turning left, but didn't look. I was more than halfway through a crosswalk. He took me out, almost killed me," Doyle said. "He fractured my forehead, broke my nose and damaged my leg and all that. But no one knew how bad it was going to be...And actually, I had three years of neurological rehab."

He said once he got past his anger and pity party, he decided to do something to prevent others from experiencing similar trauma. So, he founded the organization in Alexandria in 2017. Now, there are chapters in both Arlington and Fairfax County.

Sadly, @FairfaxCountyPD has reported multiple fatal crashes the last few weeks.@alxsafestreets is trying to prevent more by collecting data from "near misses" - so people who were ALMOST hit...instead of waiting till they are.

Doyle said the group was petitioning the Alexandria City Council to implement the Vision Zero program now (a few years ago) and not wait until later and started to garner grassroots support.

"As we were doing that and talking to people, and they would ask me, 'you know, why are you doing this and all that?' And I'd hear a lot of stories of people saying, 'Well, I haven't been crashed into. But I've been almost crashed, I bet a lot of near misses.'" he said. "We thought, well wait a minute, there's something here, There's some data. That could be the value if people could see it. If the police could see it, the city planners could see it."

They aggregate surveys people submit and plot them on a heat map (see above) -- along with documented crashes. Doyle said some of the "near misses" correspond with historical crash problem areas, but others are new. He's hoping to prevent them from becoming additional hotspots.

He said as they collect the data, they share it with local jurisdictions to help city planners better structure streets and sidewalks and police better target enforcement zones.

"It's all about promoting the safety for all the users -- the pedestrians and cyclists, scooters, whoever, as well as drivers for their safety," he said.

Just this past Friday, Fairfax County Police said a 45-year-old man was hit by a car and killed while he was crossing Maple Place in Annandale near the intersection with Martin Avenue.

They said it happened close to 2 a.m., and the man was not using a crosswalk –there isn't one at that specific intersection.

Last Thursday, a cyclist and a pedestrian were killed in two separate traffic incidents.

"The only reason why we're doing this is to save lives," Doyle said. "Our goal someday, is to be able to have the data analytics to take this mega data of near miss data and the crash data through a correlation analysis, and then see if there are some predictive analytics so that we could perhaps spot future places that will be a crash."

In the meantime, they ask that you submit your crash or near-miss incidents.