One person is dead and three others were seriously injured in the two-vehicle crash early Wednesday, Virginia State Police say. 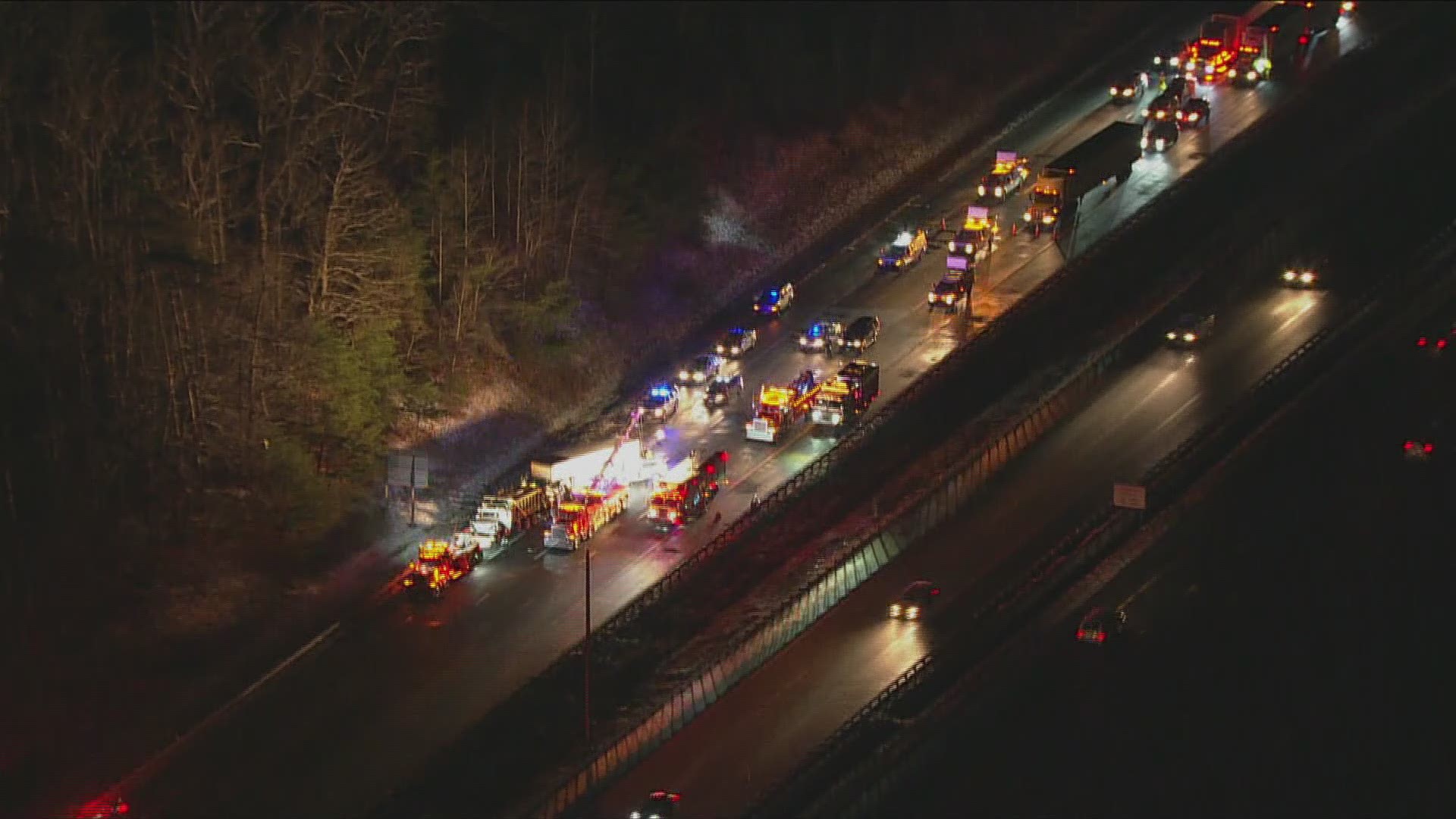 QUANTICO, Va. — Traffic was backed up for several miles following a fiery fatal crash early Wednesday that forced all northbound lanes of Interstate 95 to shut down after the Quantico exit.

The far left lanes were reopened shortly after 6:30 a.m. to allow traffic that was caught behind the crash to move out off the roadway, but the interstate remained closed for hours before reopening around 8:30 a.m.

The two-vehicle crash happened around 1:30 a.m. just after Exit 148, VDOT officials said. The impact of the collision caused one of the cars to catch fire.

One person was killed and three other people were taken to nearby hospitals with serious injuries, Virginia State Police said. The person who was killed has not yet been identified.

Medevac was called to the scene to assist with the crash.

Traffic flow on Route 1 is expected to be impacted.

With morning temperatures in the low 20s in most areas in the DMV, moisture or snow left on the roads from Tuesday evening refreezed and created slick spots Wednesday morning.

The cause of the crash is under investigation. It is unknown if the slippery road conditions were to blame for the incident, VSP said.

For the past few days, the Quantico area has already been experiencing traffic delays due to their increased security measures around the base.

Marine Corps Base Quantico is a United States Marine Corps installation in Virginia used for training purposes for the Marines.

Base officers are disrupting the traffic flow to conducting ID checks and vehicle inspections for each person trying to enter the base.

There has been significant congestion to the ramp for Marine Corp. Memorial, a busy intersection of Fuller Road at Route 1, and backups on Fuller Road leading up to the base entrance.

RELATED: Major traffic delays near Quantico due to increased security in the area