A third of riders are expected to drive to work during the shutdown, according to Metro. The additional instant carpooling opportunities should help with congestion on the roads 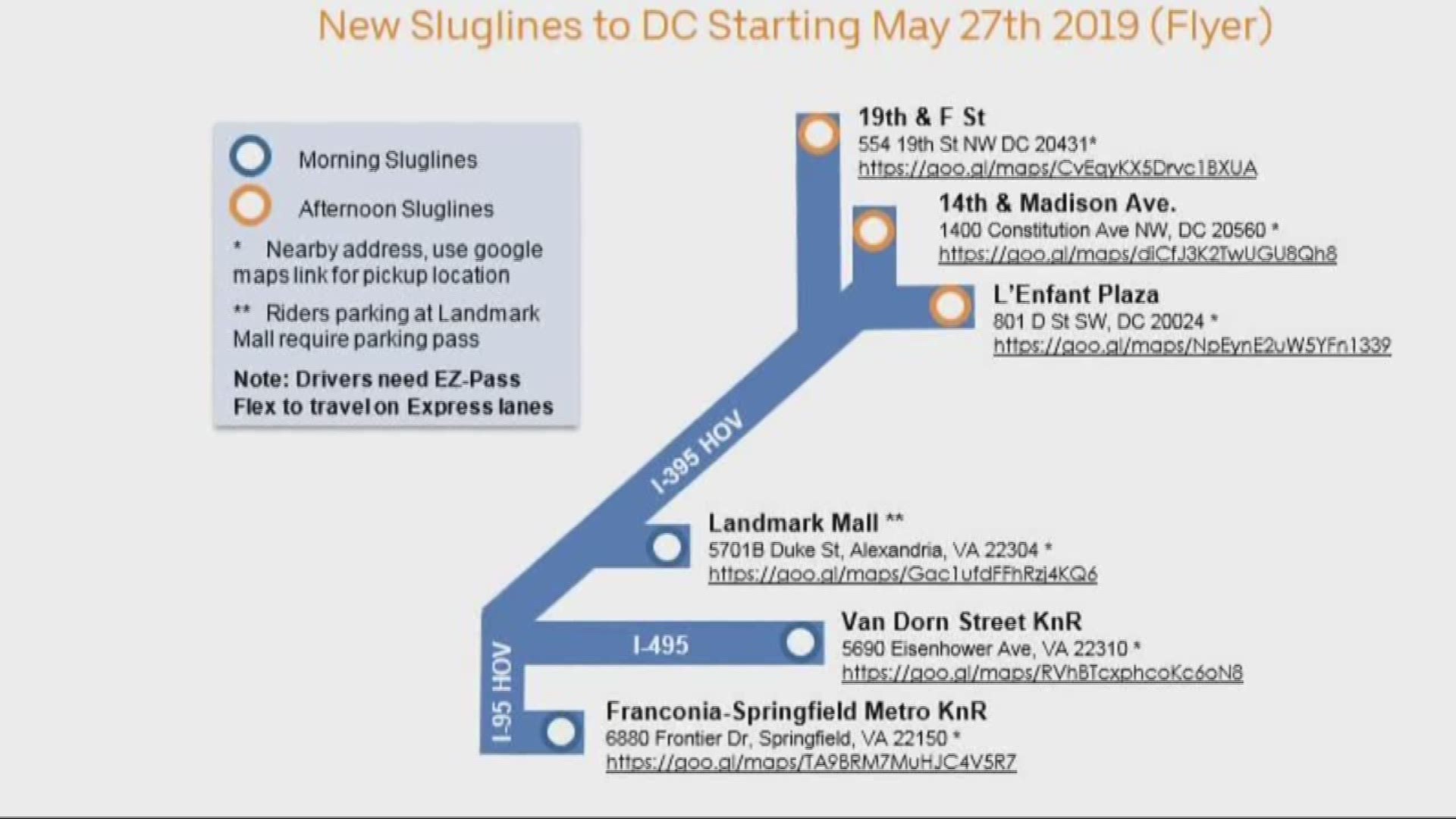 WASHINGTON — Three new instant carpooling lines are being added in an effort to provide more options for commuters during Metro's summer shutdown.

Six subway stations south of Reagan National Airport will close from May 25, the Saturday before Memorial Day, to Sept 8, the Sunday after Labor Day.

That affects about 17,000 weekday commuters, according to Metro officials.

Slug-line organizers hope carpooling will help offset some of the congestion expected on the roads.

► MAY 21: Metro pulls all 3000 series cars from service after door malfunction
► MAY 15: How to get around Metro's summer shutdown in Virginia

Commuters stand in line to wait for a car headed their direction. The commuters get a free ride while the driver is able to use express lanes without paying a toll.

Some parts of Interstate 395 don't allow drivers lacking two passengers to use the high-occupancy vehicle lanes at all unless they have Virginia's Clean Special Fuel license plates for hybrid vehicles.

From those locations, commuters will have the opportunity to go to L'Enfant Plaza, 14th Street or 19th Street.

Sluglines.com has an entire Web page dedicated to the Metro shutdown.