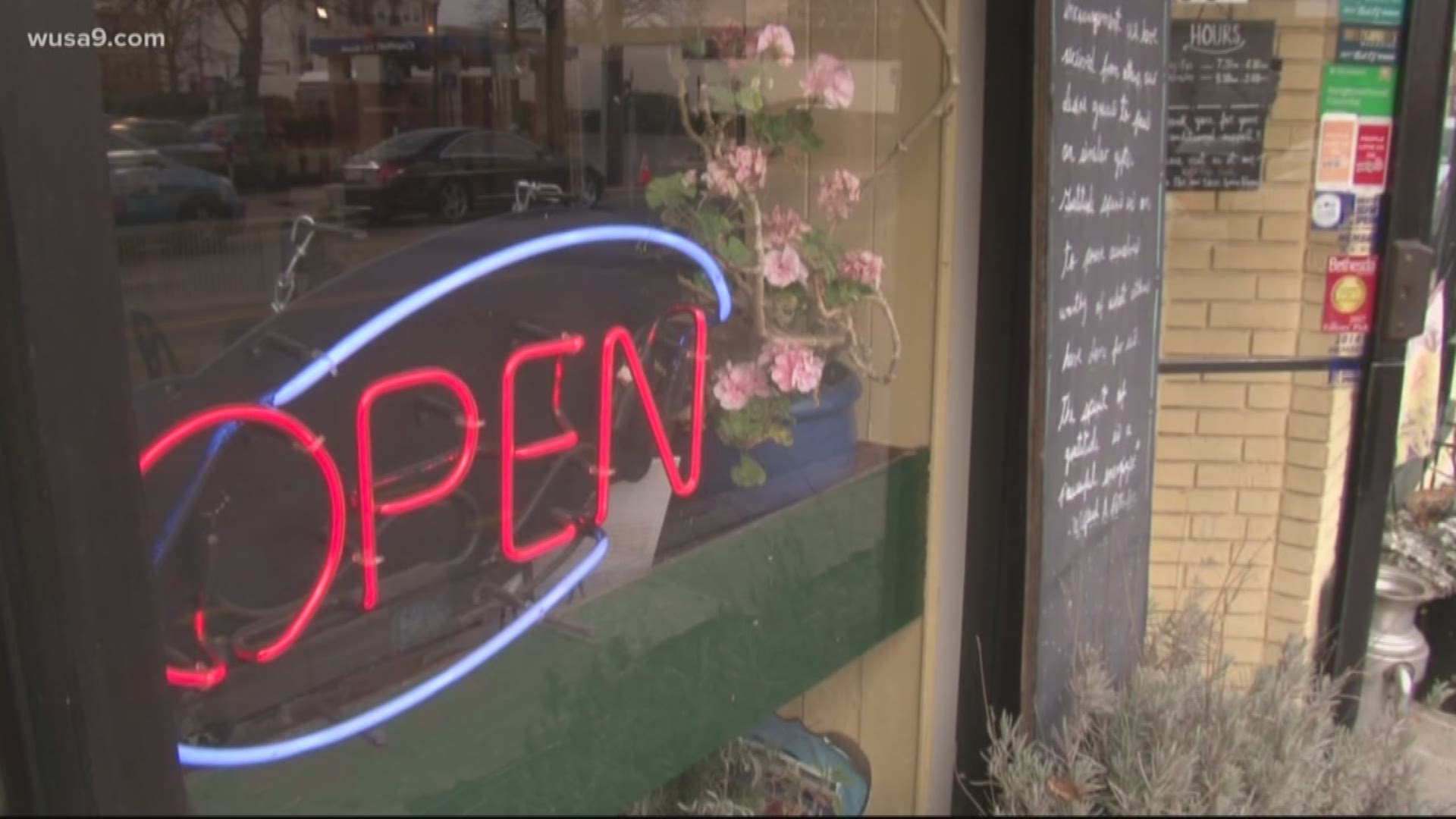 SILVER SPRING, Md. — At Kefa Café in Silver Spring, owner Abeba Tsegaye says building the Purple Line will put her business in the red. But some Maryland lawmakers want to help offset the revenue business could lose during construction.

"We are very worried," Tsegaye said of the 16 miles of light rail that will ultimately run along Bonifant Street.

Tsegaye said she worries the construction work will ruin the road if it's limited to one-way traffic.

"People have to park across the street to just get a cup of coffee," she said. "We’re not going to last so long if we don’t get some kind of help."

Maryland House Democrat Jheanelle Wilkins said six of the Purple Line's 21 stops are planned for her district near Silver Spring. To help her constituents, she proposed a bill that would compensate Maryland businesses for the revenue they'd miss out on during construction before it even starts. Her proposal draws $5 million from Maryland's transportation trust fund.

Wilkins said she thinks hundreds of businesses will be impacted, beyond Silver Spring in Langley Park and Takoma Park as well.

"This project is hundreds and hundreds of millions of dollars," Wilkins said. "So I think that making the investment to ensure that our immigrant and small businesses can survive is absolutely worth it."

The Maryland Department of Transportation runs the Purple Line project. In a letter, it said that paying businesses would be a "complicated matter," as it would be forced to create a new division to dole out money.

RELATED: How do you fix traffic congestion in DC? Transportation planners say to move homes, not people

But without it, Tsegaye said she would be forced to close her business of 24 years.

"We’re hoping very highly this will pass and will help us stay," Tsegaye said.