Roughly 40% of businesses responded to a recent survey saying that their revenue had gone down since Metro started its platform rehabilitation project in May. 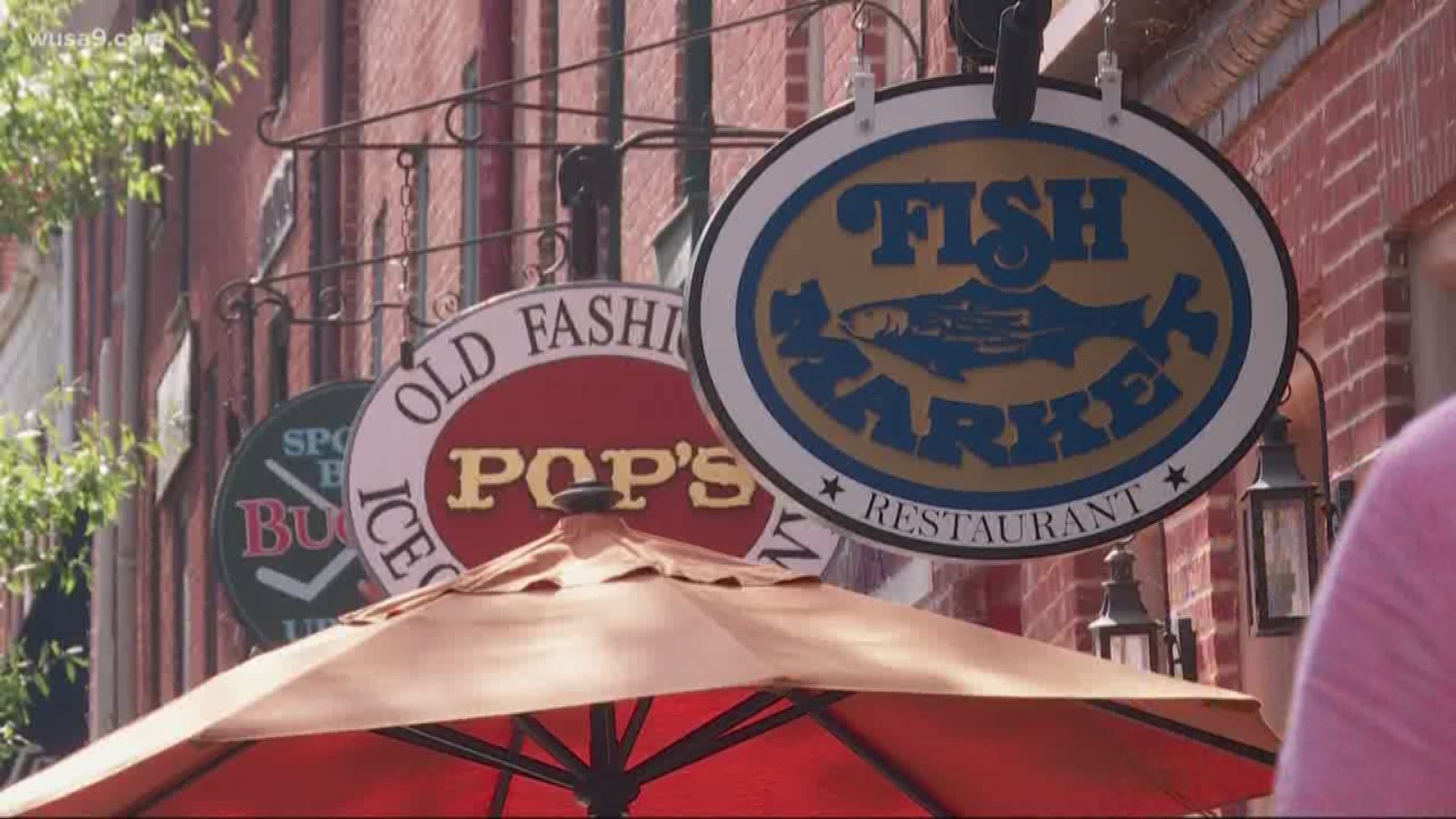 ALEXANDRIA, Va. — It's been eight weeks since Metro shutdown the Blue and Yellow lines south of Reagan National Airport. Now, we are getting a better idea of how the temporary closure has impacted businesses in Alexandria.

Metro closed down six stations along the lines in late May to reconstruct crumbling platforms. The stations are expected to come back online in early September.

The City of Alexandria, which has four of the six affected stations, joined together with the Alexandria Chamber of Commerce, Visit Alexandria and the Alexandria Small Business Development Center to gauge the economic impact of the Metro project on Alexandria.

Between June 14 and June 19, the groups surveyed 149 different businesses around the city.

The survey showed that the majority of businesses reported that their revenue since the Metro closure was either up or unchanged at 59%. However, businesses nearby the city's Metro stops told another story.  Thirty-eight percent of businesses on Upper and Middle King Street, popular commercial areas in the heart of Alexandria, reported revenue declines of greater than 5 percent.

"Obviously, you can't close down an asset as important as the Metro without it having an effect on your community," said Tom Kaiden, the Chief Operating Officer of Visit Alexandria.

Kaiden said the city has taken up several measures to try to mitigate the effects of the Metro project.

They include discounting night and weekend parking at garages in the city in an effort to get more people to drive to the city's tourist spots.

RELATED: 6 Blue and Yellow line Metro stations to close for this summer. Here's what you need to know

Kaiden added that Alexandria has also increased the frequency of the local water taxi service to give people another way to get to town.

"We have this incredible resource in the Potomac and now it's really accessible to folks," he said.

The Old Town Sandwich Shop off South Peyton Street in Alexandria is one business near the closed King Street Metro stop that is feeling the effects of the transit agency's project.

It's co-owner Liliana Dochez said business at her shop is down 8%.

"We used to have more people in the morning," she said.

Dochez said her business can weather the storm for now, but any possible construction delay in the future could be problematic.

RELATED: Here's how to get around Metro's summer shutdown in Virginia, just 10 days away

- Overall, the majority of businesses (59%) reported that their revenue since the Metro closure began on May 25 was either up or unchanged versus the same period in 2018.

- 83% of businesses in the Lower King portion of Old town have seen their revenue either rise or remain unchanged, with 68% reporting revenue increases of more than 5%.

- 46% of retailers and 43% of restaurants report that their revenue is down more than 5%.

- The majority of hotels (57%) that responded report that their business is either up or unchanged.