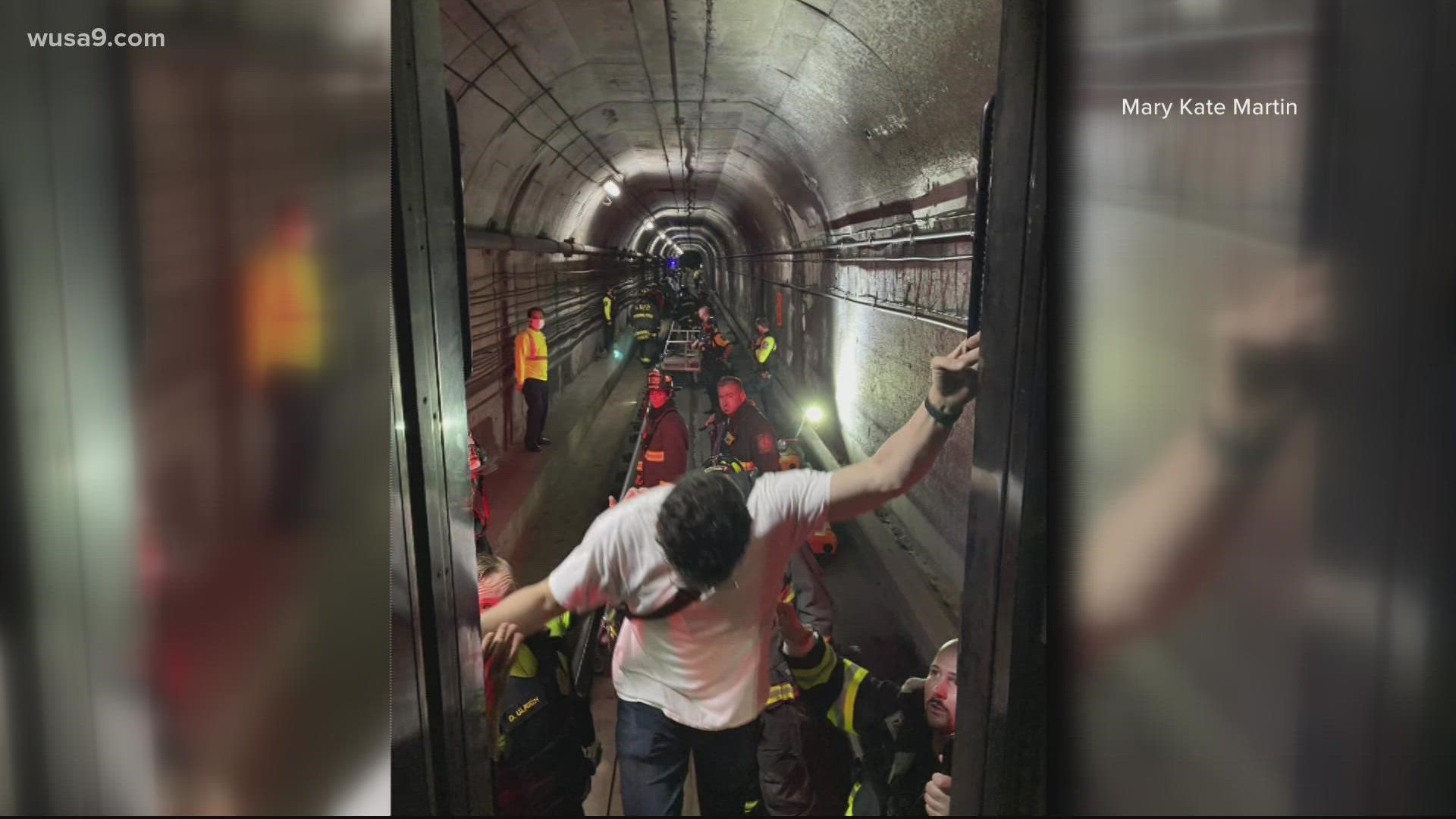 ARLINGTON, Va. — Some Metro riders took the time to thank their rescuers after their train derailed Tuesday evening.

Emergency crews responded to a Metro tunnel north of the Arlington Cemetery Metro stop around 4 p.m. when a train derailed in a tunnel.

Alexandria resident Mary Kate Martin said she had only been on the train for a few stops when it came to a standstill.

Martin said she and other passengers noticed after a while that something was off about the situation. She said they could smell burning in their car and the atmosphere was hazy.

On top of that, Martin said no one was really communicating with passengers inside the train.

"Everyone was like this seems like a pretty long time for us not to have been talked to or have moved a little bit," she said.

Still, Martin said no one panicked throughout the ordeal. She said when fire crews came to take people off the train, through its back, passengers were relieved.

"Thanks so much to everyone who came on and helped and told us what was going on," she said. 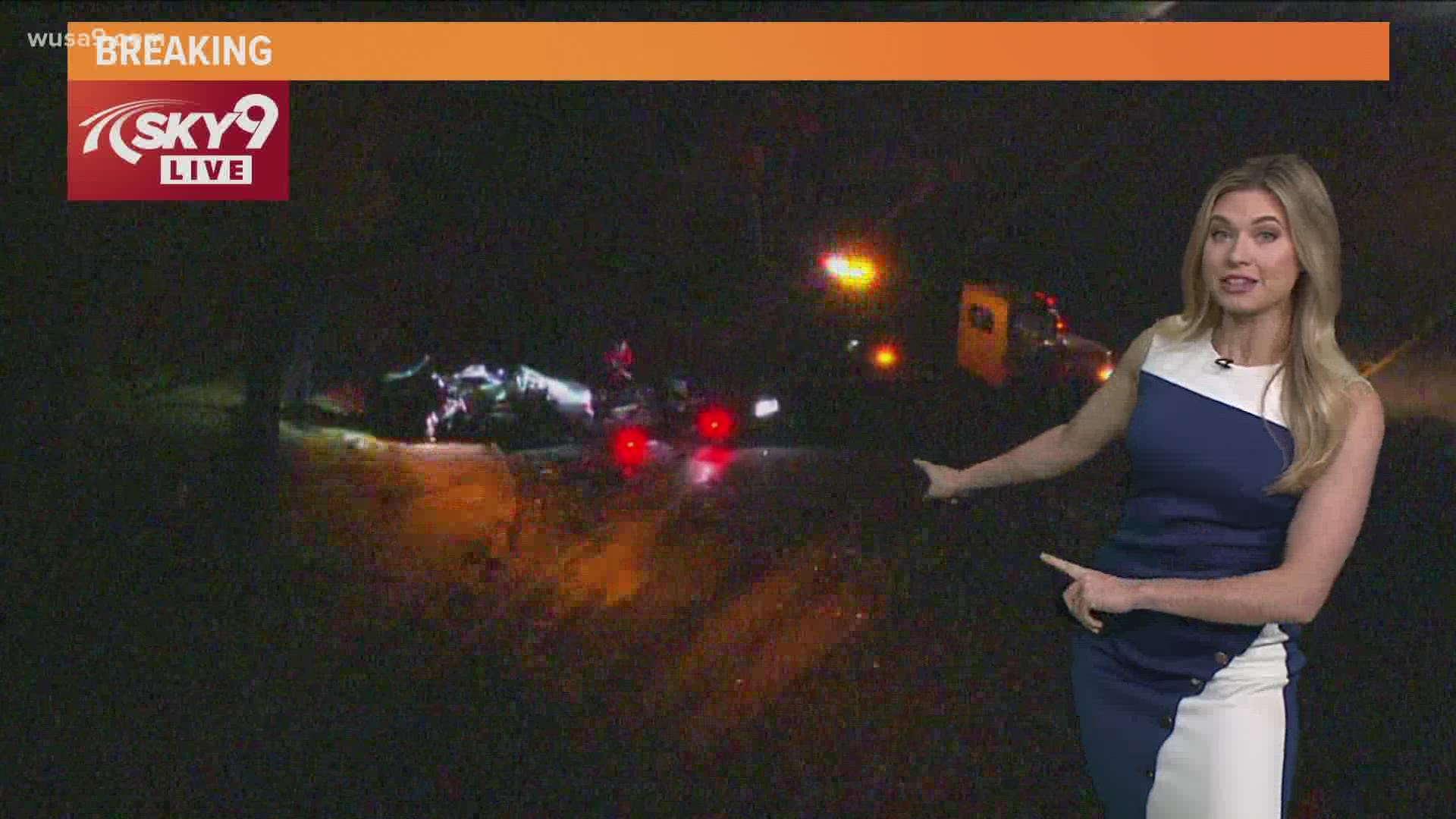