More riders not paying Metrobus fare could cost you 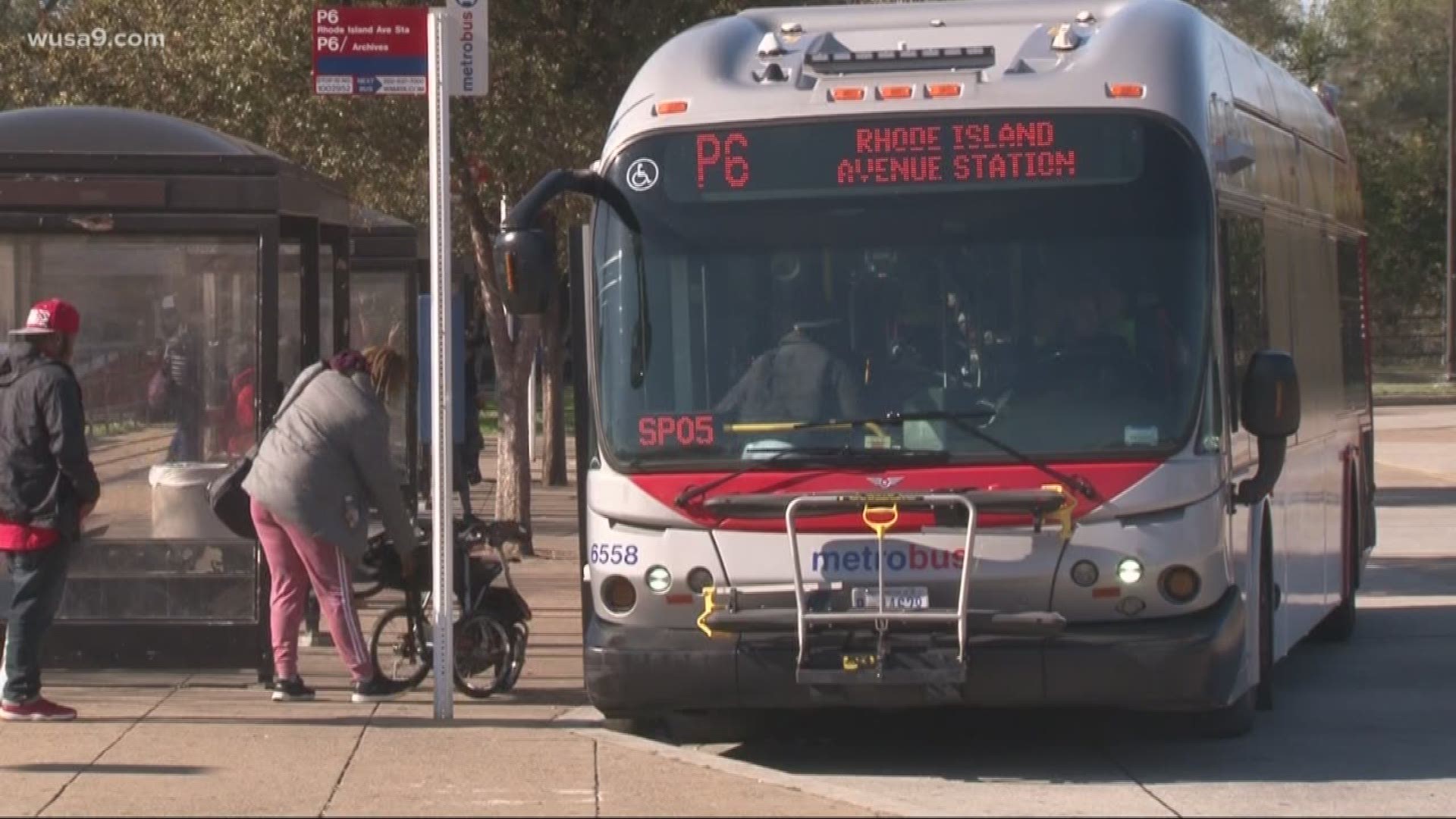 WASHINGTON — Every Friday, Camille Perkins takes the A6 bus from Anacostia to her job as a home health aide. She says she pays her $2 bus fare but too often sees riders who don’t.

"I think it’s unfair in a way," Perkins said. "I know a lot of people on this side are low income or whatever—but I think that those that could pay should pay, I really do."

Metro calls the problem fare evasion. It just released a new analysis that says the problem is getting worse on the bus. The transit agency says it lost $29 million to unpaid bus fare in the last year.

Perkins says she sees fare evasion when she rides with the disabled woman she cares for.

"She gets on—she has to pay her fare—but they don’t have to pay—when I’m taking her shopping. It’s two or three times a week."

Metro staff said that most fare evasion happens in the district. D.C. Council decriminalized fare evasion last year. A $300 criminal fine turned into a $50 civil penalty. Now, Metro says more than one in every ten riders are not paying up.

"I think the people can afford it—they should pay, I really do," Perkins said.

In July, Metro spokesman Dan Stessel said that lost revenue to fare evasion has real consequences to riders across the entire system, stressing that money lost "could fund a great number of service improvements" including the recent extension of Yellow and Red Line service, more 8-car trains, and upping the number of rush-hour trains.

"Thirty-six million dollars could have funded all of these initiatives, plus a flat $2 fare on weekends, and still had money left over for new and better bus services," Stessel said.