The buses are running through Sept. 8 while Huntington and five other subway stations are closed for extensive repairs. 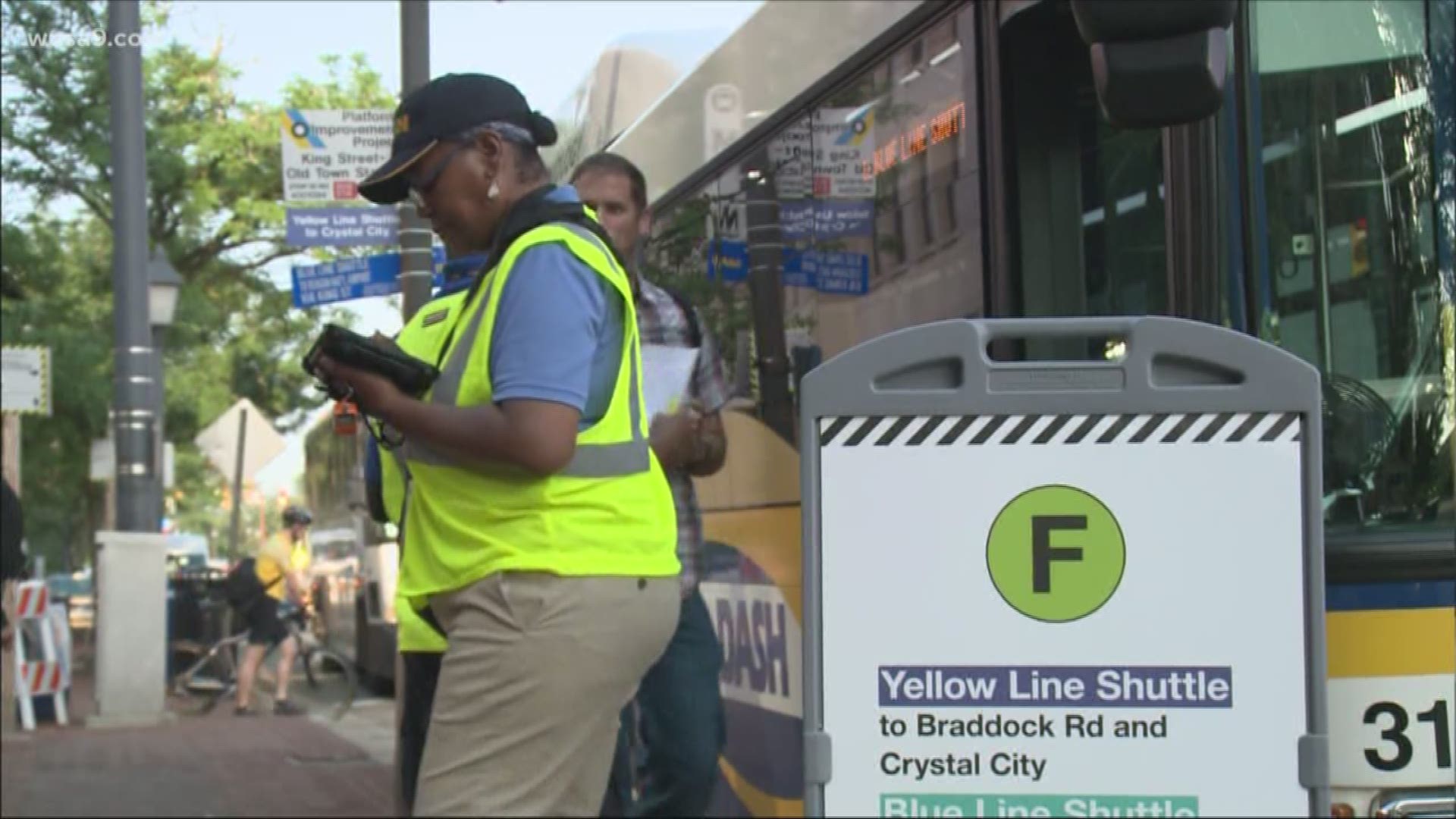 ALEXANDRIA, Va. — Metro officials made some changes, starting Monday, to the shuttle bus service between the Huntington and Pentagon Metro stations.

An express shuttle is now running from both the north and south sides of the Huntington station to the Pentagon.

Huntington, on the Yellow Line in Alexandria, Virginia, is one of six subway stations on the Blue and Yellow lines south of National Airport that are shut down until Sept. 8 for platform reconstruction.

The station also is a stop on the Yellow Line shuttle, which takes on and lets off passengers at the Eisenhower Avenue, King Street, Braddock Road and Crystal City Metro stations but bypasses National Airport.

Metro officials hope that the changes will alleviate some of the problems that commuters have had with the shutdown.

► MAY 29: During Metro’s largest shutdown, union workers threaten action
► MAY 24: 6 Metro stations are shut down. Plan your commute here