Dates of key service changes and improvements will be detailed in future announcements, Metro says. 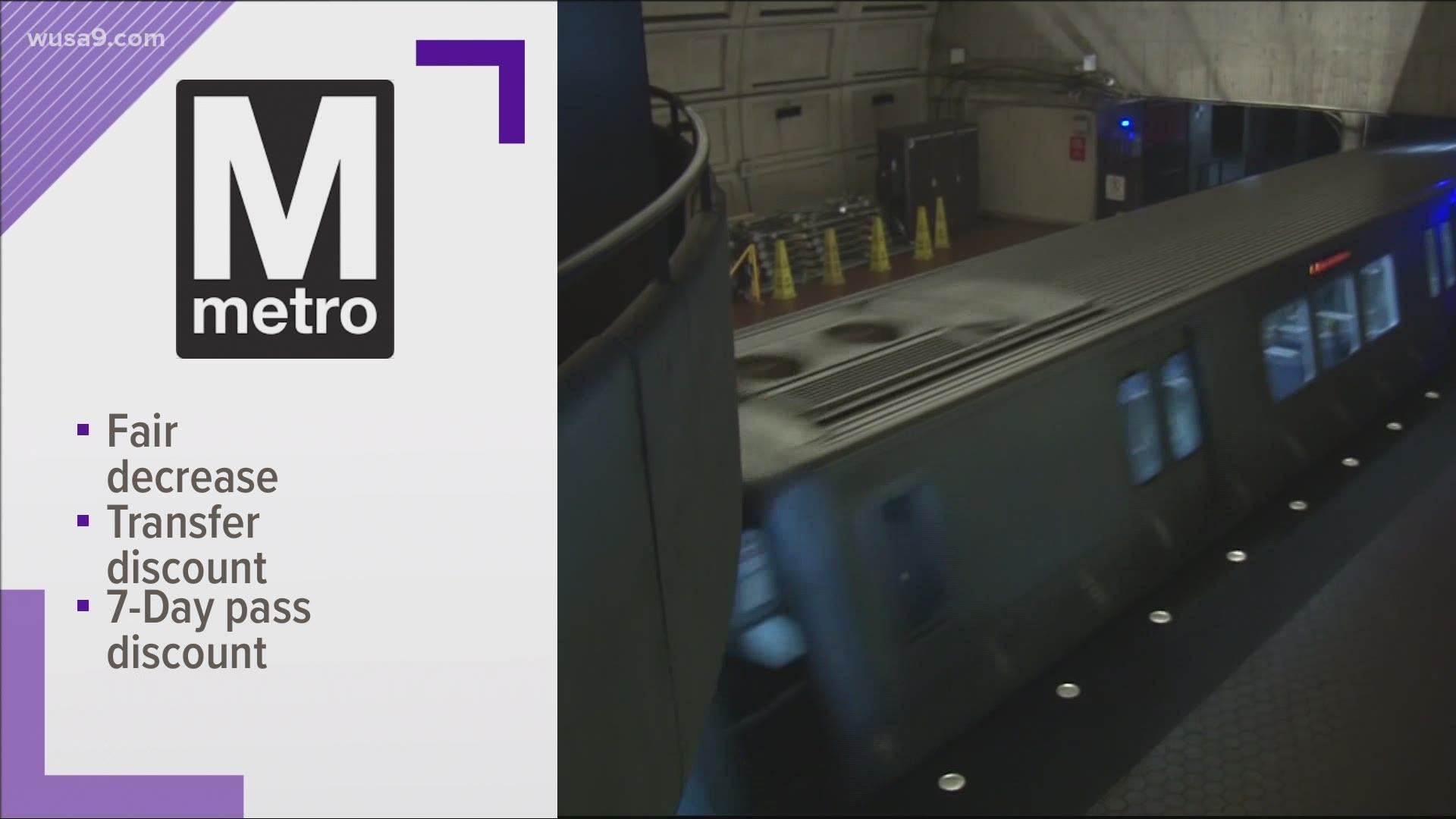 WASHINGTON — As the DMV continues the process of emerging from the pandemic and transitioning back to "normal" life, Metro's Board of Directors announced Thursday that it would extend service hours and make changes to fares this summer.

Starting in July, rail service will be extended to midnight, seven days a week. Additionally, other bus and rail service improvements and fare changes will start being implemented in the fall – beginning Labor Day weekend – as many in the region prepare to go back to work and school. The Board said they hoped the improvements would support the region's recovery and encourage more customers to return to transit.

"This package of service and fare changes makes it easier for riders to return to Metro and give transit a try," Metro Board Chairman Paul C. Smedberg said in a release. "The Board today voted to provide more frequent trains and buses, addresses the historic transfer fee to promote connecting from bus to rail, and includes special weekend fares that will encourage visitors and area families to take transit as they start traveling again."

Dates of key service changes and improvements will be detailed in future announcements, Metro said.

The improvements approved by the Board Thursday include the following:

The service improvement approved Thursday is in addition to the recent expansion of late-night service and other improvements on Metrobus, which went into effect on June 6, officials said.