A Maryland Board of Public Works vote critical to keep the bidding process moving has been delayed, after amendments were proposed to undo promises. 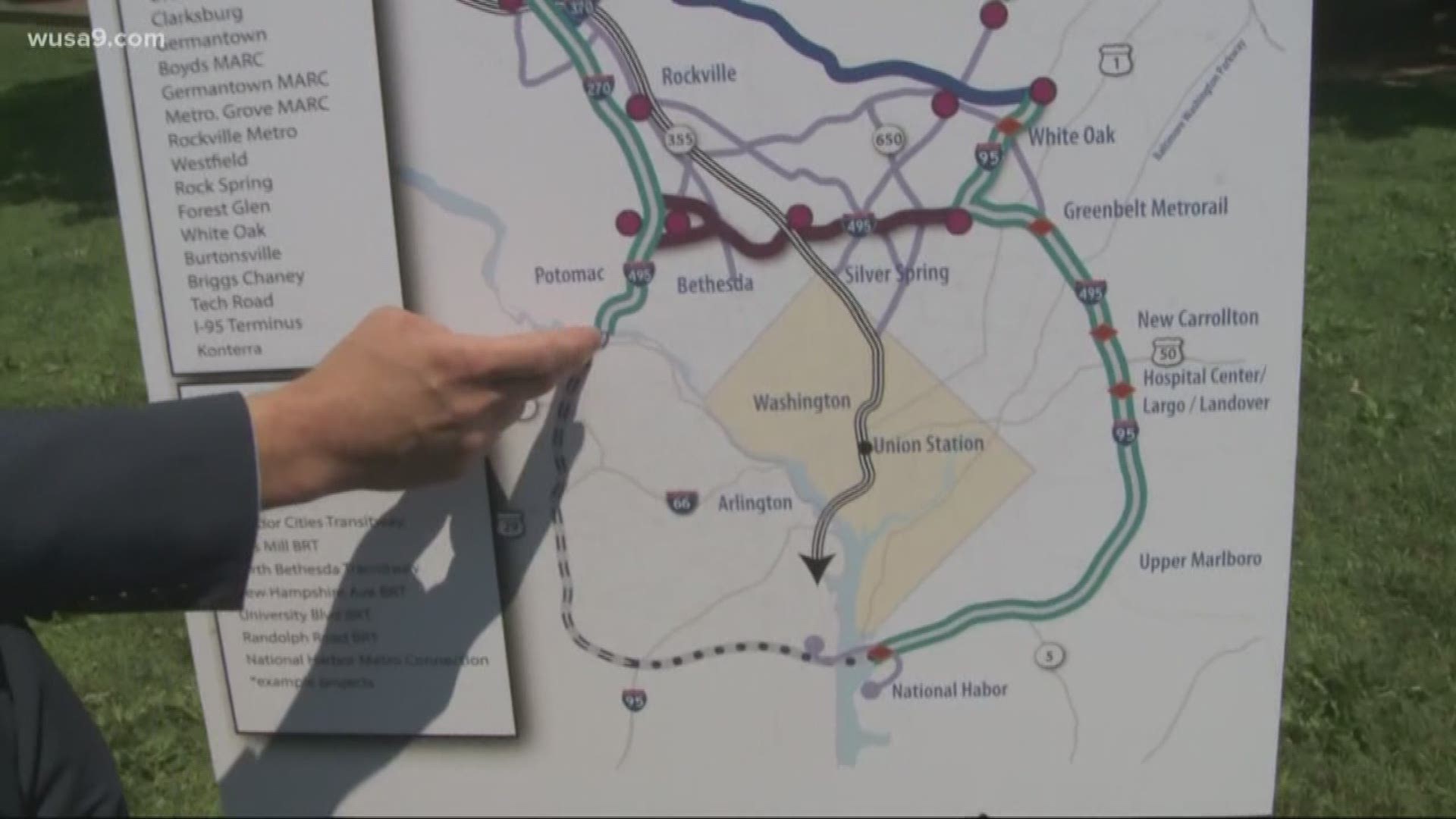 ROCKVILLE, Md. — The brakes are being tapped on Maryland Gov. Larry Hogan's plans to expand  the Capital Beltway and I-270 with privatized toll lanes, after the state proposed amending the terms it would put out for bid.

A Maryland Board of Public Works vote critical to keep the bidding process moving, which was scheduled for this week, has been delayed at the request of Maryland Comptroller Peter Franchot because he has "significant concerns,"  according to Comptroller spokesperson Susan O’Brien.

Some of the heaviest opposition is coming out of Montgomery County, which Franchot calls home.

Residents neighboring the beltway soundwalls fear any expansion plan would result in homes and parks being seized to make room for toll lanes that critics claim only the rich will be able afford to drive on while the rest continue to sit in familiar backups.

In a compromise struck earlier in 2019, Maryland Department of Transportation officials promised no land acquisitions would happen without the completion of a full environmental study. Other promises included earmarking 10% of all future toll revenue to public transportation.

Now the Transportation Department is asking for amendments that would undo these promises, according to the agenda for the upcoming Dec. 4 Board of Public Works meeting.

Franchot was the key swing vote that allowed the bidding process to move forward previously.

RELATED: Multiple-vehicle crash on I-270 near Rockville, Md. leaves 4 with minor injuries