Northbound Allentown Road between Suitland Road and Forestville Road is closed due to the incident. 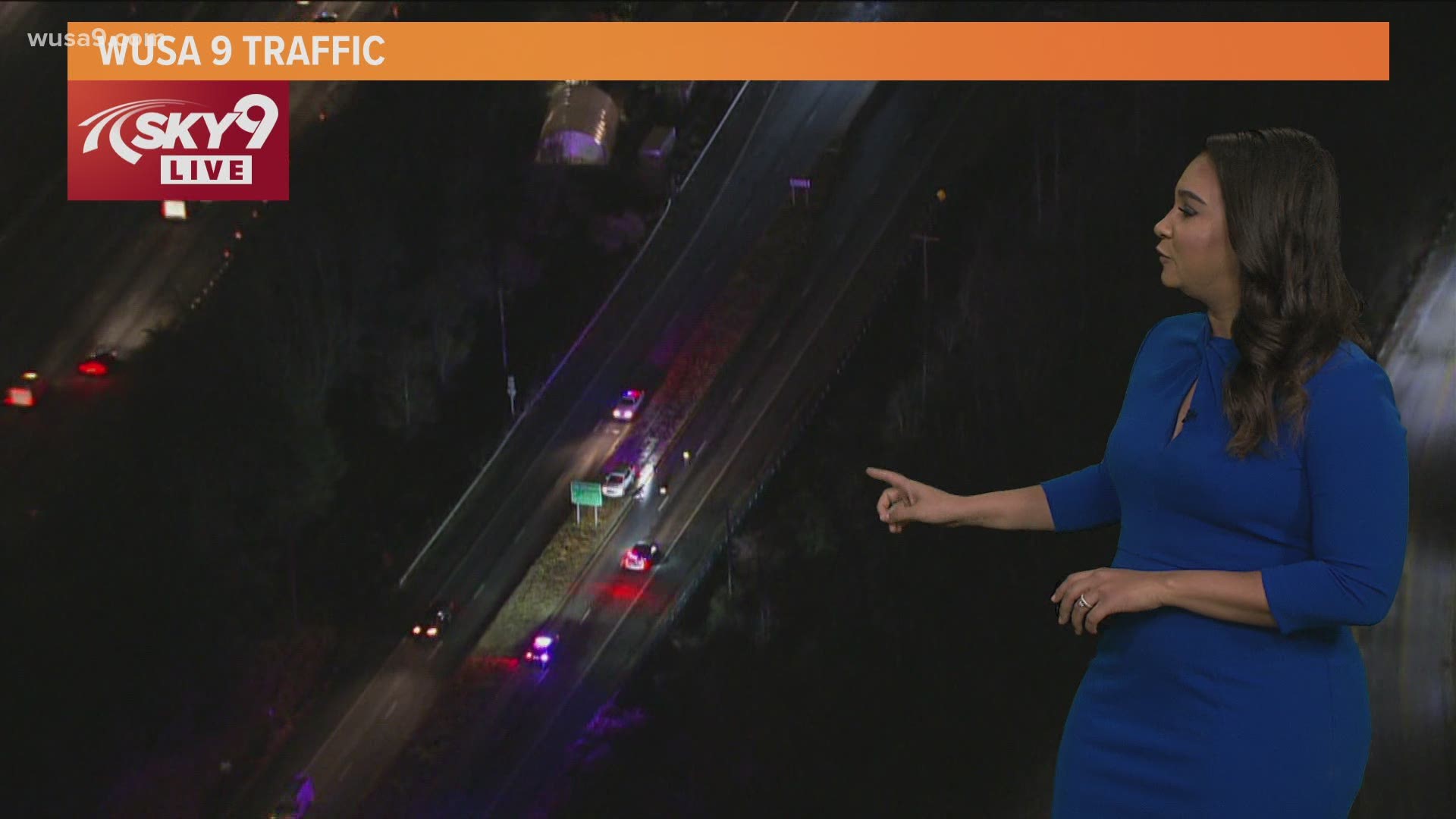 JOINT BASE ANDREWS, Md. — There are several road closures in the area of Joint Base Andrews after a man was struck and killed by a vehicle early Wednesday morning, Prince George's County Police Department said.

Police are investigating the hit and run crash on the 4700 block of Allentown Road.

Officers were called to the scene around 4:30 a.m. and found an "unresponsive" man lying in the roadway. Police said the man was pronounced dead shortly after at the scene.

Investigators are in the area of Allentown Road working to determine the circumstances surrounding the fatal hit and run.

As of 6:30 a.m., police have shut down northbound Allentown Road between Suitland Road and Forestville Road due to the incident.

Police are asking drivers to avoid the area and to seek alternate routes at this time.

Details on the hit and run vehicle have not been released.

Anyone with information is asked to please call @PGCrimeSolvers at 1-866-411-TIPS or visit us online at PGCrimesolvers.com.

This story is developing. WUSA9 will continue to update this story as it becomes available.