Man found 'unconscious' on NB I-295 highway near Benning Road

Police say they received a call about the unconscious man on the road around 3 a.m. Tuesday. 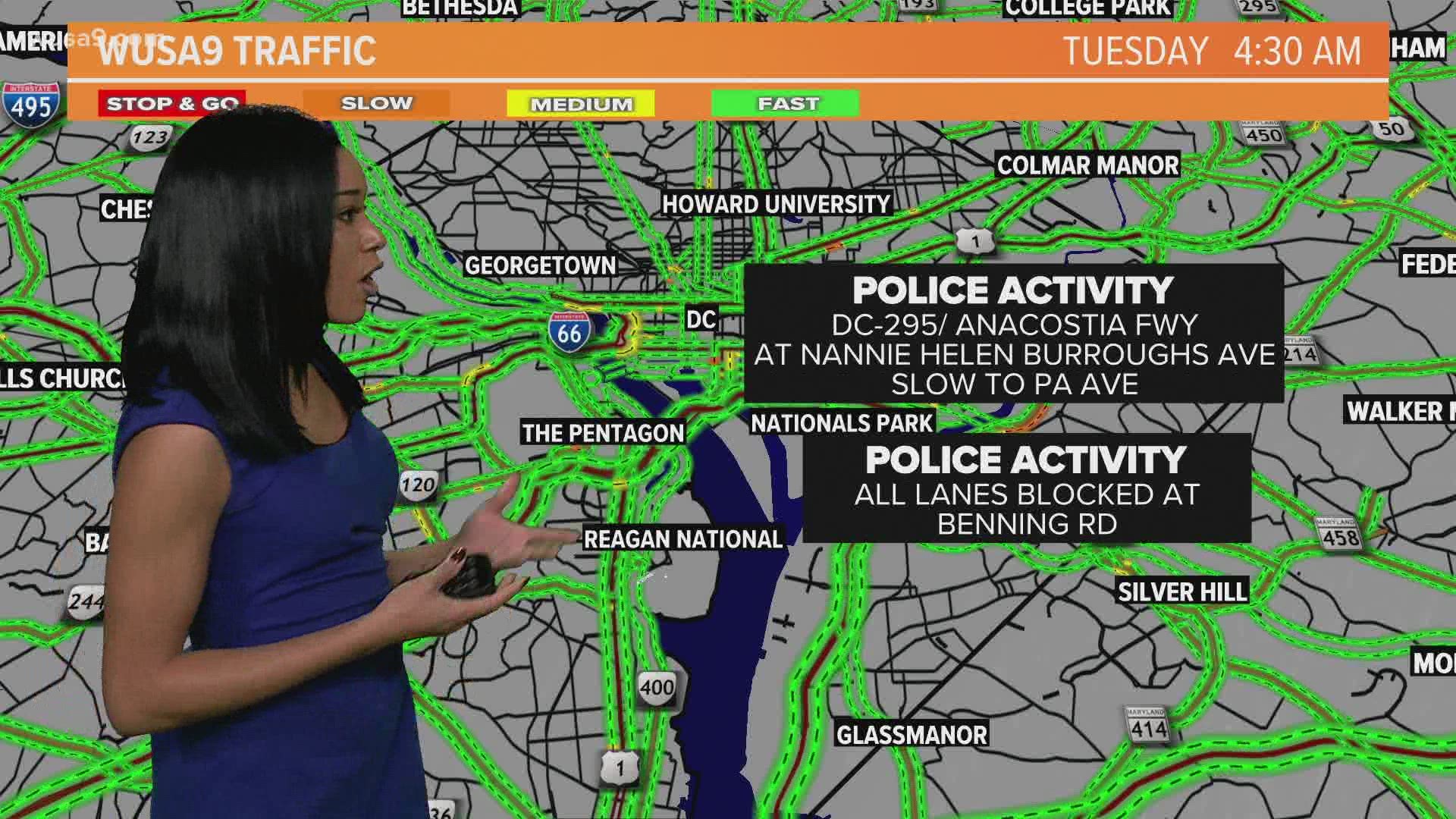 WASHINGTON — Major delays built up on Interstate 295 after a call came into police that a man was found unconscious on the road early Tuesday morning, according to a 6th District Commander with the Metropolitan Police Department.

As of 8 a.m., northbound I-295 at Benning Road reopened to traffic after it was shut down for several hours while officers investigated the scene.

The details on how the man ended up on the roadway have not been released at this time.

A car crash was also reported in the area of northbound I-295 near Nannie Helen Burroughs Road in Northeast. That scene has also cleared.

On Sunday afternoon, a man died after he was found with several gunshot wounds on Benning Road in Southeast D.C., D.C. Police said.

Officers responded to the shooting scene after hearing gunshots coming from the area. At the scene, they found 23-year-old Demeitri Anderson of Northeast D.C. with multiple gunshot wounds, police said.

D.C. Fire and Emergency Medical Services were also called to the scene and confirmed no signs consistent with life from Anderson. He was later transported to the Office of the Chief Medical Examiner.

At this time, the events leading up to the shooting are unknown. Police have not made any arrests connected to this shooting or any details about a potential suspect or suspects.

The homicide investigation is ongoing.